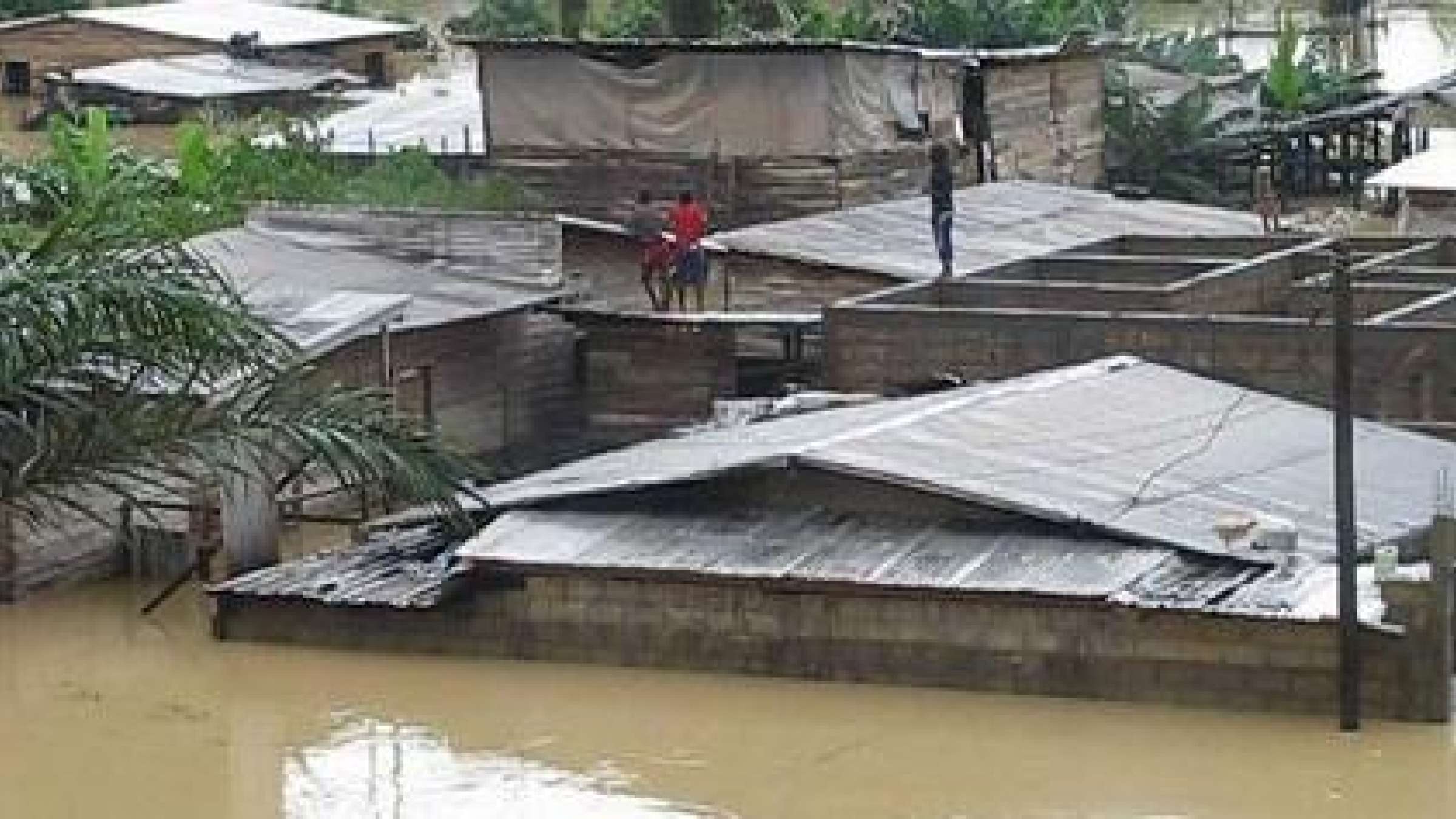 In June 2015, floods caused by heavy rain in Douala, Cameroon’s economic capital, killed at least four people, displaced some 2,000 people and destroyed the homes and businesses of thousands of others (Photo: Sylvestre Tetchiada/IRIN)

YAOUNDE, 13 February 2017 – Collective action by regional organisations is a key means to help countries reduce their risk of disasters, and the Economic Community of Central African States is stepping up its efforts to rein in the impact of hazards amid rising pressure from climate change.

The ECCAS secretariat, plus its 11 member states and partners have together set out a disaster risk management and climate change action plan to be implemented over the course of this year.

Out of a total of 36 countries worldwide with ‘very high’ and ‘high’ risk profiles, half of them are African, according to the INFORM Index for Risk Management.  Central African Republic, Chad, and Democratic Republic of Congo are in the top 10 ranking for the highest overall disaster risks.

Central African Republic and Chad are among the 10 countries globally facing the highest levels of risk in the Climate Change and Environmental Risk Atlas. Of the 32 countries identified globally as the most vulnerable in the atlas, Burundi, Central African Republic, Chad and Democratic Republic of Congo are also at ‘extreme risk’ in the Food Security Risk Index and exhibit high levels of poverty and/or conflict and displacement, all of which compound the potential impact of hazards.

The Fifth Session of the Central Africa Platform on Disaster Risk Reduction, in December in Cameroon’s capital Yaoundé, convened to focus on the need to synergise the Sendai Framework and the Paris Agreement in order to implement the Central Africa Strategy on Risk Prevention and Disaster Management.

"The regional platform placed under the aegis of ECCAS is a crucial body that allows stakeholders to share their achievements and constraints and to jointly face the challenges posed by disasters in a coordinated and harmonised way," said Ms. Elisabeth Huybens, Director of the World Bank Office in Cameroon.

One of the areas spotlighted in Yaoundé was the ECCAS disaster risk reduction data base, which will support the development of policies, strategies, institutions, early warning system and human resources was completed and validated.

Member States were also called upon to develop and strengthen disaster risk reduction frameworks and dialogue among all stakeholders, to ensure for better synergy in disaster resilience actions. They were also requested to ensure that their national strategies are developed and aligned with the Sendai Framework and other global agreements.

To ensure greater impact on policy decisions, the meeting also decided that REPARC – which was launched in 2015 with support from UNISDR and GFDRR – be involved in a multi-year programme entitled ‘Building Disaster Resilience to Natural Hazards in Sub-Saharan African Regions, Countries and Communities’, funded by the European Union in support of the African, Caribbean and Pacific Group of States.

The recommendations are to be implemented before the next ECCAS platform, planned this October.