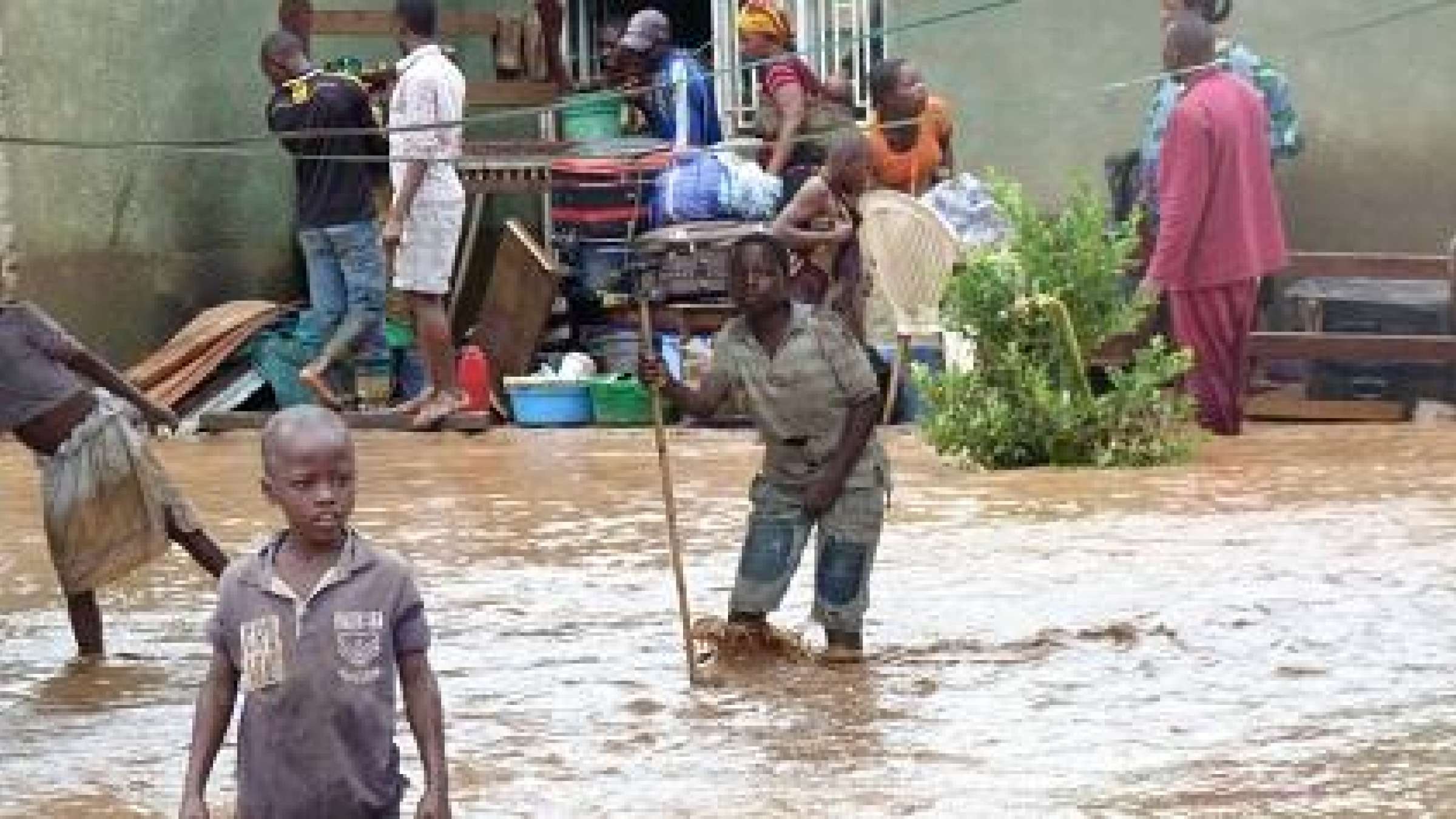 NAIROBI, 21 June 2016 – Members of parliament from across Central Africa are stepping up their region’s drive to curb the impact of natural and man-made hazards by implementing the Sendai Framework for Disaster Risk Reduction.

The Parliamentarians Network for Resilience to Disasters in Central Africa, known by its French acronym REPARC, was set up last October to address disaster risk reduction and climate change issues in the 11-country Economic Community of Central African States (ECCAS). The consortium is currently composed of lawmakers from Burundi, Cameroon, Central African Republic, Chad, the Democratic Republic of Congo, the Republic of Congo, Equatorial Guinea, Gabon and São Tomé and Príncipe.

Nearly two disasters of significant proportions have been recorded every week in Sub-Saharan Africa since 2000, with around 12.5 million people per year affected. Floods, storms and wildfires are the main natural hazards in Central African nations, with climate change a key factor.

With support from the United Nations Office for Disaster Risk Reduction (UNISDR), ECCAS organized a training meeting for REPARC members on 13-17 June in São Tomé and Príncipe. The event was part of the programme on Building Disaster Resilience to Natural Hazards in Sub-Saharan African Regions, Countries and Communities, which was launched last year and is funded by the European Union as part of its cooperation with the African, Caribbean and Pacific Group of States.

The President of the National Assembly of São Tomé and Príncipe, Mr. José da Graça Diogo, in his opening remarks reminded parliamentarians of the need to be well informed in order to make the right decisions for their countries. “Knowledge and understanding is the first step to achieving this goal,” he said.

REPARC was created seven months after the international community had adopted the Sendai Framework, a broad-ranging, 15-year blueprint for reducing disaster risk. In addition, in July 2015 African countries had together approved the Yaoundé Declaration, a roadmap for implementing the Sendai Framework on their continent.

REPARC’s work is guided by the Sendai Framework, the Africa Regional Strategy for Disaster Risk Reduction, and the Yaoundé Declaration. The general policy of ECCAS on Environment and Natural Resources Management and the Central Africa Regional Strategy for Risk Prevention, Disaster Management and Climate Change Adaptation also steer activities undertaken by REPARC. A Regional Climate Centre was also set up last year.

At last week’s meeting, Cameroonian Mr. Louis Roger Essola, President of the Conference on Dense and Humid Forest Ecosystems of Central Africa (CEFDHAC), called on members to encourage their respective governments to adopt and ratify the different global agreements reached in 2015.  The Sendai Framework, the Agenda 2030 on Sustainable Development and the Paris Agreement on climate change were highlighted as key instruments to use in high-level advocacy with their governments and in the proposal of laws for their respective countries.

The challenges faced by ECCAS member states in effective and efficient integration of these issues in national legislation were discussed. An overview of the states presented by each member highlighted weaknesses and non-existence of legislation for disaster risk reduction and climate change adaptation.

All ECCAS member states have developed strategies for growth and poverty reduction, guided by the 2000-2015   Millennium Development Goals and the Johannesburg World Summit in 2002. However, only Burundi and Cameroon have incorporated issues of disaster risk reduction.

The participating parliamentarians agreed that disasters can be avoided or the adverse consequences reduced if all countries act on vulnerabilities.

Despite the presence of national hydrological and meteorological services, monitoring mechanisms and early warning systems remain weak. Lack of data on documented risks and lack of formal collaboration frameworks between agencies responsible for generating alerts and those in charge of prevention of disaster risk are a major hurdle. Inadequate communication mechanisms and limited response capabilities also negatively impact disaster risk reduction efforts.

UNISDR plans to create risk knowledge systems in at least five ECCAS member states in the coming two years, with support from the European Union-funded programme.