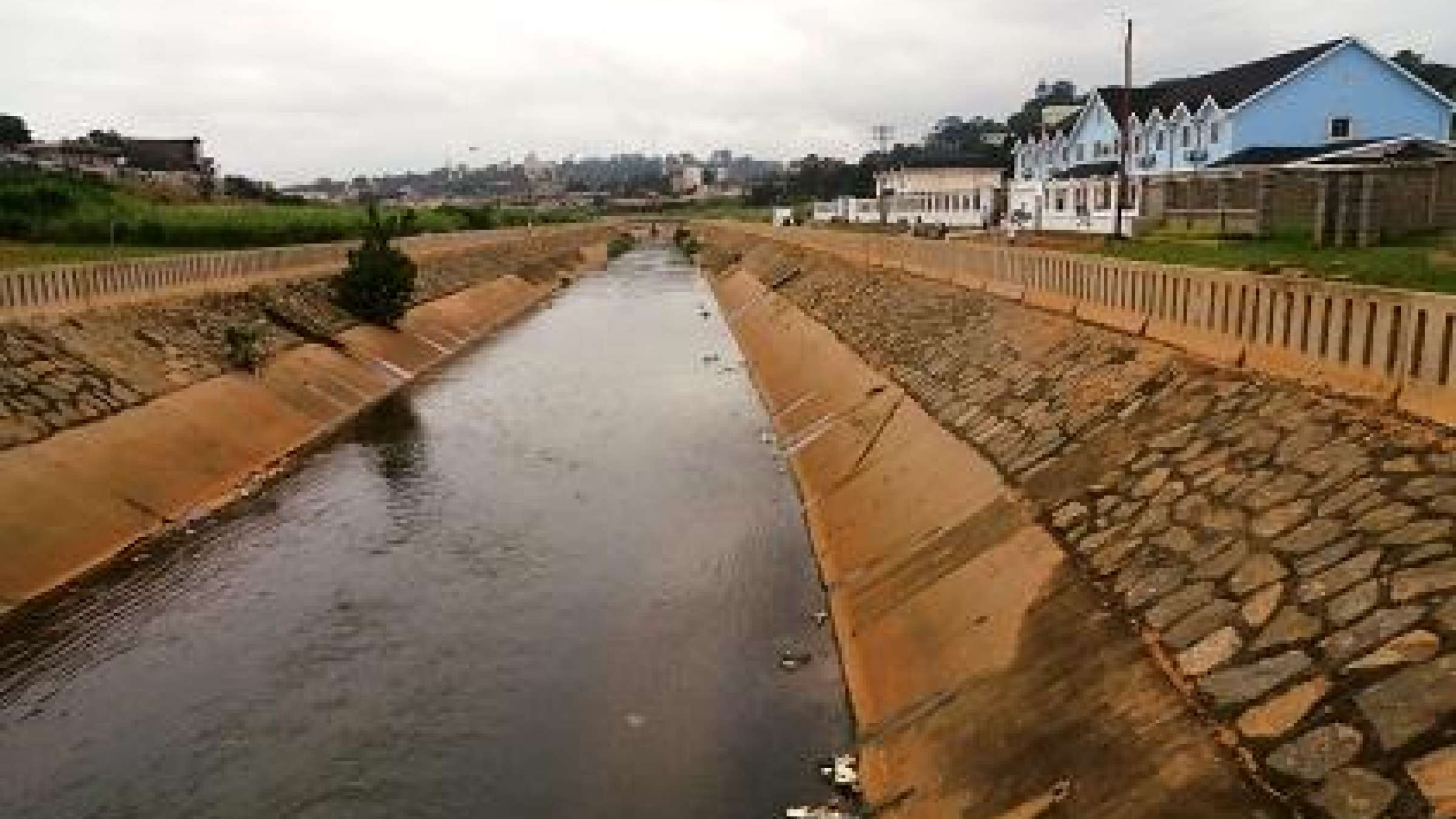 YAOUNDE, 7 August 2015 – Recovering from floods that killed dozens of people and displaced thousands in June and July, Cameroon is working to rein in risk in its fast-growing urban centres.

The capital Yaoundé, with 1.8 million people, and 1.9-million-strong maritime metropolis Douala are both highly flood prone. Over the past two months, some 40,000 people have been affected.

According to Yaoundé City Council data, over 130 floods struck the capital from 1980 to 2014, causing economic damage and more than 80 deaths. Douala has faced over 300 floods in the past three decades which claimed an estimated 700 lives.

About five of the planned 14 kilometres are complete. The aim is to finish the second phase by 2017, with four drainage canals plus a waste disposal and treatment plant.

“The first phase of the project helped to scale down the number of floods from 15 to three annually. But much still remains to be done in order that peripheries which are still vulnerable to floods are completely freed from related risks,” said Serge Mbarga Enama, an engineer at Yaoundé City Council.

In Douala, the authorities have created a US$183-million fund to reconstruct its drainage network.
Modern drainage is only part of the solution, however. Up-to-date systems can get blocked by garbage almost as easily as simple ditches, leading to overflows when it rains.

Douala government delegate Fritz Ntone has announced a two-month citywide campaign to clean gutters and drains.
Similar initiatives are underway in Yaoundé, including ditch-digging and clearing by residents of informal settlements, who make up an estimated two-thirds of Cameroon’s city-dwellers. Such community-driven maintenance and upgrading of informal settlements is an important part of disaster risk reduction, helping to improve quality of life and put in place infrastructure and services to curb the potential impact of hazards.

More radical measures have also been adopted: the authorities have been evicting people living along drainage routes and in low-lying flood zones.

In Yaoundé, a recent operation saw the bulldozing of around a hundred squatter homes which housed 600 people. In Douala, where 2,000 people have already been evicted from a three-kilometre stretch of marshy land.

But removing people from flood zones can clash headlong with the daily imperatives of the poor, for whom risk-sensitive choices may lie far down their list of priorities.

Many residents of informal settlements lack land titles to secure compensation for demolition. In addition, finding lower-risk locations is a problem, and council officials estimate that between three and five percent of the two cities’ population could end up homeless.

As a result, evicted residents end up trickling back.

According to Mr. Enama,, the authorities have little option but to raze homes in high-risk areas. Like cities across the globe, Yaoundé and Douala are trying to become more sustainable, he said, and sticking with the status quo will not help.

At the same time, raising awareness of risk is vital to reducing it – a fact made clear in the Sendai Framework for Disaster Risk Reduction, a 15-year global agreement adopted in March this year.

“There is a lot that needs to be done to change people’s understanding of disasters. Education and communication must be enforced and the government should invest more in this domain by building infrastructures that can sustain urban sprawl,” said Mr. Enama.

Some residents, meanwhile, are doing what they can do reduce their risk for as long as possible by extending their homes upwards and abandoning ground floors.

“I have to completely remove the roof of my building to raise the walls,” said Jean Paul Mbella, who lives in one of Douala’s flood zones. “This is what we do reduce the impact. And I don’t know for how long I am going to live in this house.”