Understanding how people’s lives are impacted by gender norms, roles and relations within a given culture and society is critical to understanding and reducing disaster risk.

Women, girls, boys, men, and people of diverse gender identities have distinct vulnerabilities in each context that shape the way that they experience and recover from disaster impacts. Effective disaster risk reduction requires meaningful and diverse participation, engagement and leadership, through an inclusive and accessible, all-of-society approach.

Gender inequalities, which exist in every society, result in gender-differentiated disaster impacts. Gender discrimination can impact the control that women and girls have over the decisions that govern their lives, as well as their access to resources and opportunities, which heightens exposure to risk and can results in disasters having a disproportionate impact on women and girls. But equally, ideas and understandings of masculinities and the roles and responsibilities of men in a society can result in men and boys experiencing higher mortality in some disaster contexts.

Men and women, boys and girls are affected differently from disaster, even if they live in the same household

A study in Nepal found that 71 per cent of men received early warning information from a formal source, while the majority of women (51 per cent) received warnings through informal and social sources"

Too often, gender is not considered when disaster prevention, response, preparedness and resilience priorities are identified, and the specific needs and capacities of women and girls are often neglected as a result. The disaster risk experienced by women can be further exacerbated by various forms of inequalities intersecting and influencing each other, for example age, disability, ethnicity, class, migrant status, sexuality, etc. highlighting the need for an intersectional gender analysis to inform DRR programming that is responsive to the specific needs and vulnerabilities individuals face. To better understand the gendered nature of disaster risk, it is vital that sex, age and disability disaggregated data is collected and used to inform DRR decision-making.

The Sendai Framework recognises the importance of integrating a gender perspective into all DRR policies and practices, and the need to empower women to publicly lead and promote gender equitable and universally accessible response, recovery, rehabilitation and reconstruction.

UNDRR supports gender-transformative disaster risk reduction that not only identifies and meets the different needs of women and girls, men and boys, and people of diverse gender identities, but seeks to redress the underlying causes of vulnerability by putting women’s resilience at the centre of disaster risk reduction strategies, policies and programming in order to promote women’s leadership and achieve gender equality. 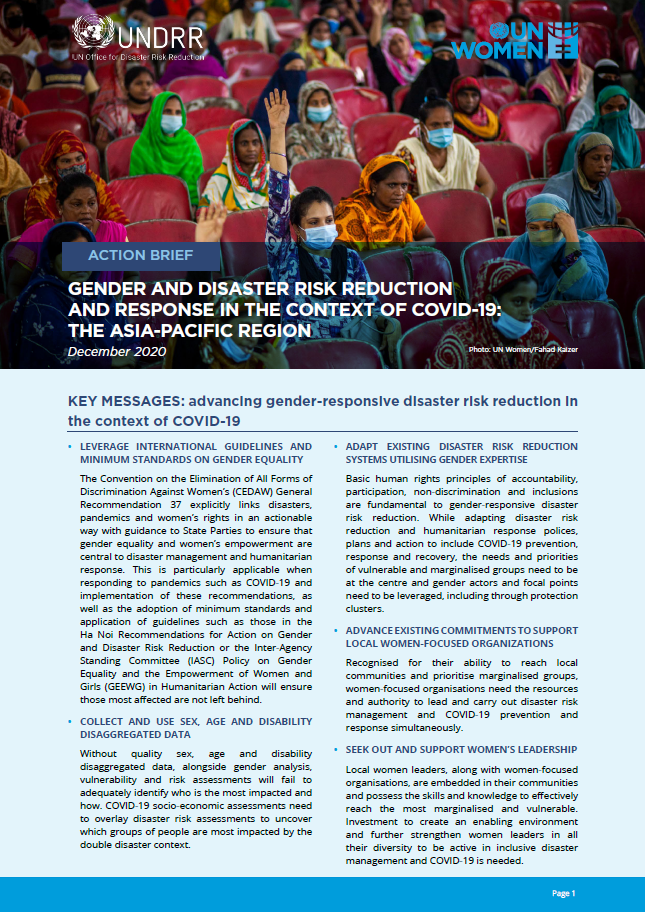 Action Brief: Gender and Disaster Risk Reduction and Response in the Context of COVID-19: The Asia-Pacific Region

This Action Brief builds upon the earlier work done by UN Women and UNDRR and other partners to progress the Leave No One Behind agenda in response to COVID-19 in the Asia-Pacific region. It aims to explore gender inequalities and their linkages to disaster manage and COVID-19, as well as identify key barriers to delivering disaster preparedness and response in the context of the pandemic. It focuses on paths to ensuring more inclusive and equal disaster management in times of COVID-19, by leveraging international frameworks on women’s rights, leaning on gender expertise in existing disaster and humanitarian settings and ensuring women-focused organisations and women leaders have the resources and authority to lead local response efforts for the most vulnerable and marginalised. 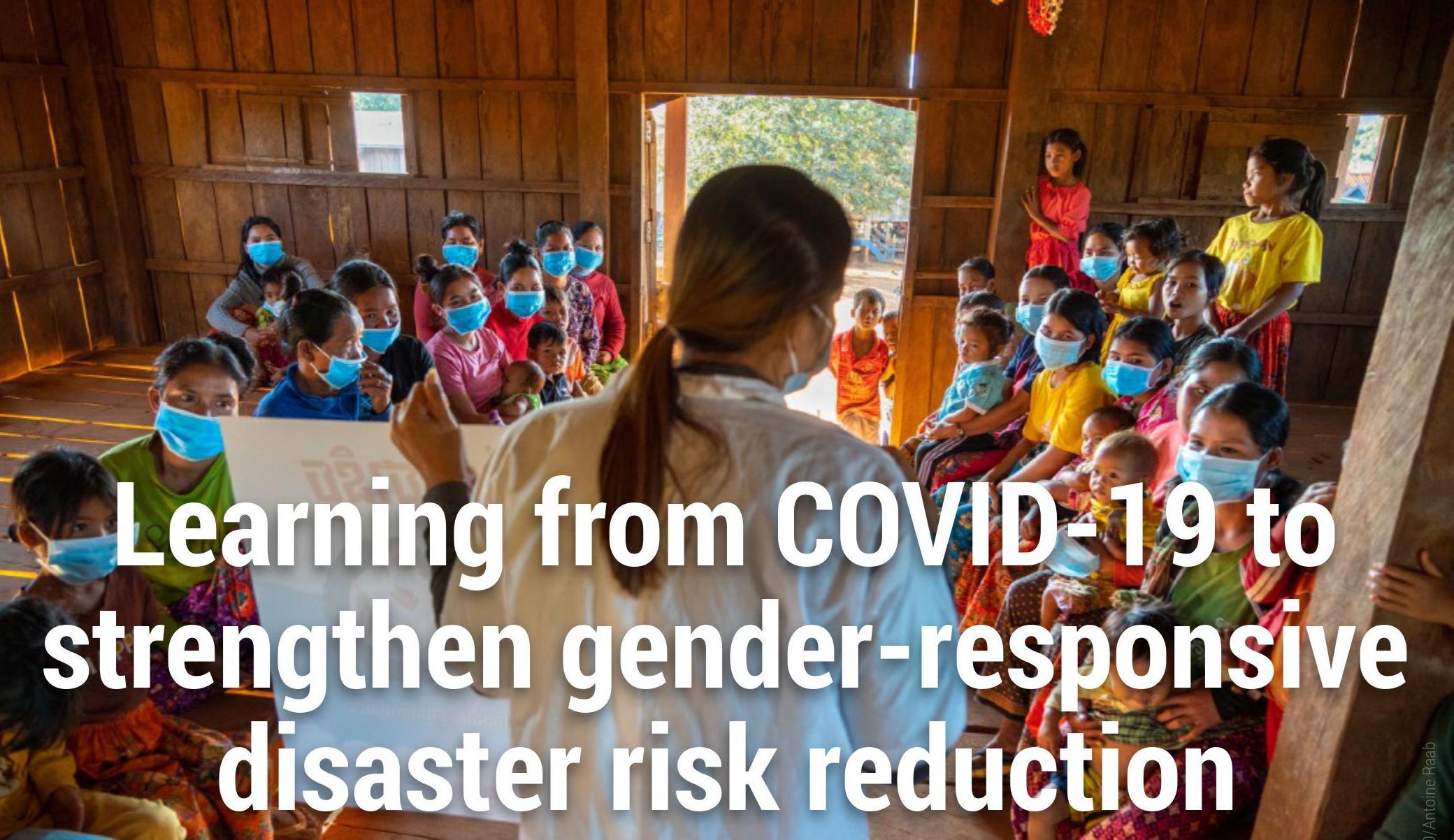 Women at the table: how women leaders are driving pandemic recovery to achieve an inclusive and equal future for all

Gender equality in a COVID-19 world