In all kinds of disasters, children and adolescents constitute a group that is particularly vulnerable to disasters. This is so because they depend on other people for access to resources and livelihoods, as well as for support and decision-making.

Under the United Nations Convention on the Rights of the Child, children require special protection and have the right to be the first to receive care during emergencies. Disasters cause damage to the physical spaces in which children live; that is, in their homes, neighborhoods and schools. This could lead to long-term displacement, disrupt their daily routines and educational progress, threaten their sense of safety and security in the world, and cause tension within families and communities, and could also lead to injury or death of their loved ones.

Climate change and its effects will have a major impact on the current and future livelihoods of young people. Various studies show that children and young people can be great promoters of actions against climate change in their different groups and communities. Youth have been identified as one of the main civil society groups in Agenda 21 to participate in sustainable development.

According to the United Nations, youth is defined as a person between the ages of 15 and 24. In Latin America and the Caribbean, that represents 20% of the population; that is, 106 million people are characterized as young. Therefore, it is of the utmost importance to engage the region's youth in activities aimed at building resilience to climate change and related threats. 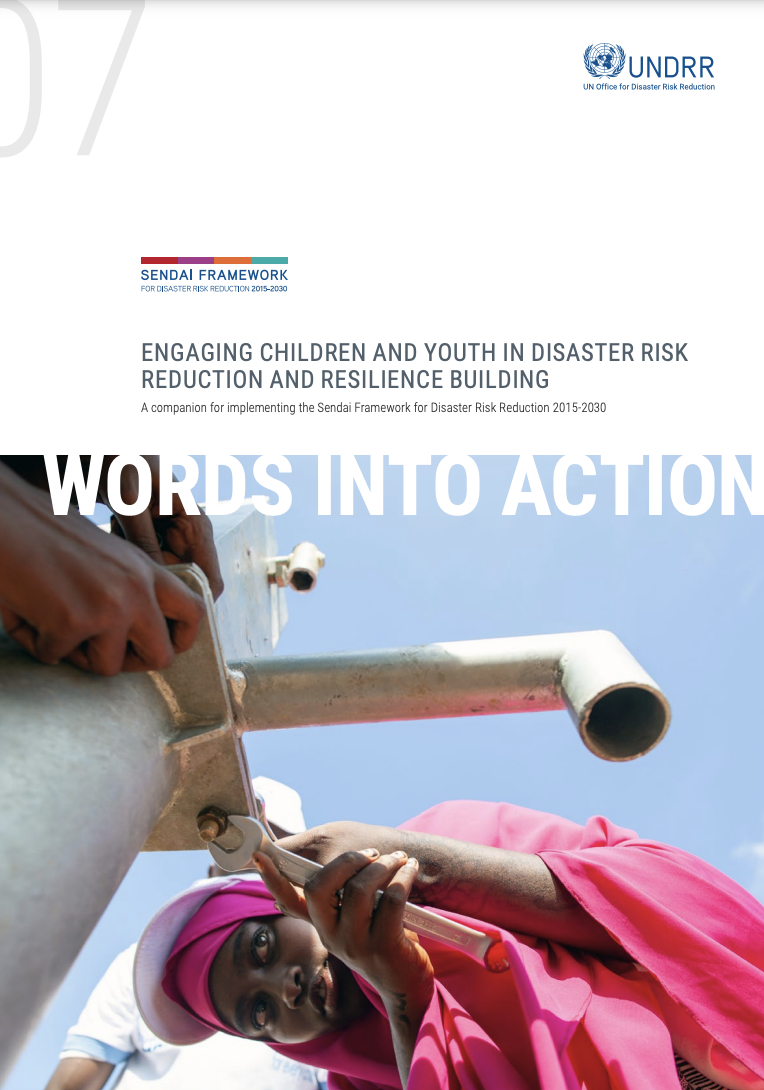 Children and youth under age 30 currently make up more than half the world’s population. They are the ones who will benefit most from reducing the risk and impact of disasters, curtailing climate chaos and achieving the global Sustainable Development Goals (SDGs). As this WiA guide illustrates, their contributions are already making a difference through more inclusive DRR and resilience-building policies, better prepared households, healthier children and youth and safer communities.

VII Regional Platform for Disaster Risk Reduction in the Americas and the Caribbean under the theme “Building Resilient Economies in the Americas and the Caribbean”  the Youth Forum provided a space for youth representatives to voice their unique views on Disaster Risk Reduction for the region and how can youth be better engaged in the implementation of the Sendai Framework for DRR. Also the forum provided the opportunity to inform and influence decision makers participating in the regional platform for DRR by sharing youth priorities, concerns and proposals related to DRR.

This Declaration is the result of the Youth Forum on Disaster Risk Reduction (DRR), developed virtually within the framework of the Preparatory Meeting of the VII Regional Platform for DRR. The Youth Forum "Building Resilient Economies" had the participation of more than 400 young people from the Americas and the Caribbean and led to the discussion to develop this declaration. The declaration has the support of the members of the steering committee, which includes the Government of Jamaica, UNDRR, UNICEF, FIRC, UNESCO and GNDR. 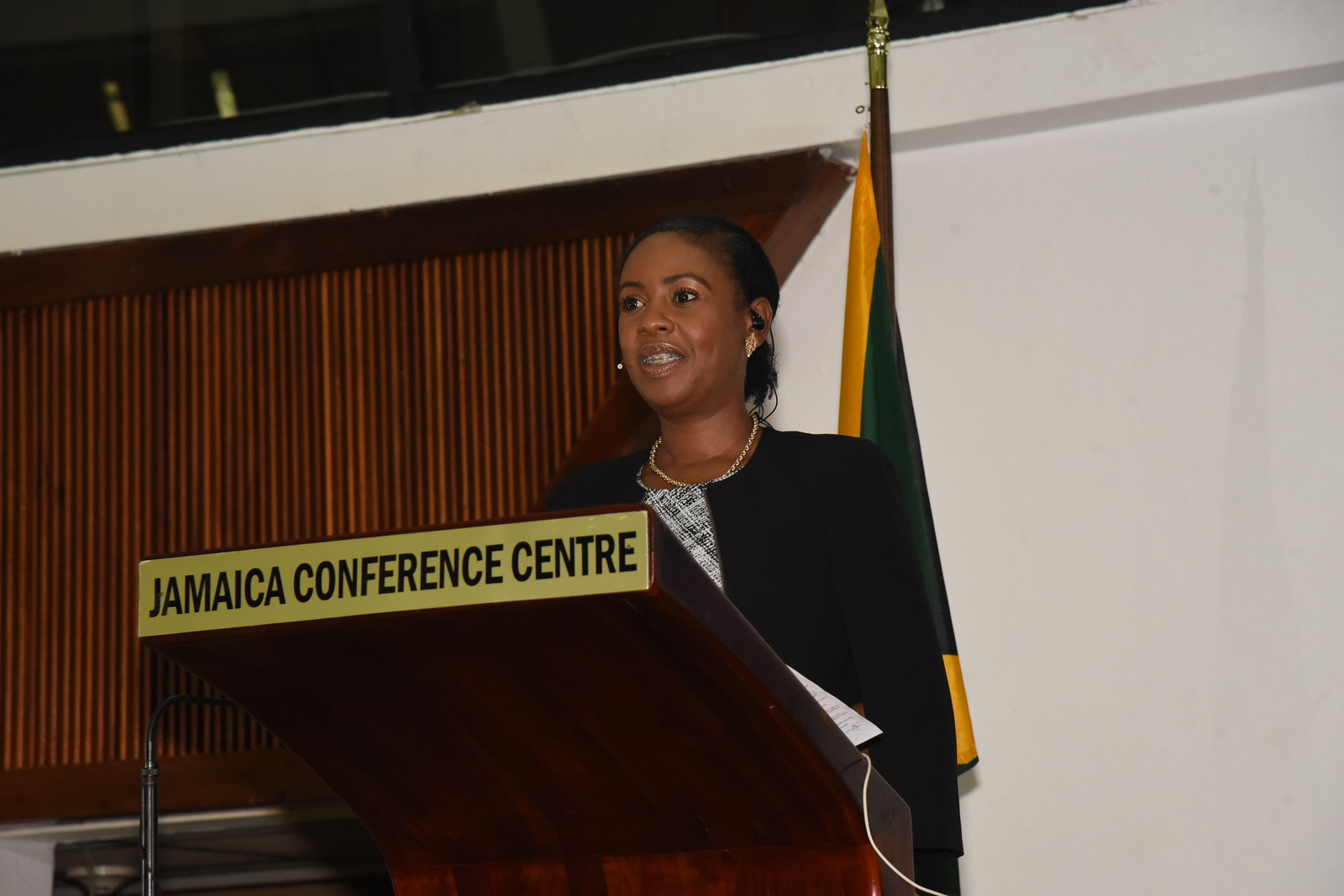 Children and youth under the age of 30 currently make up more than half the world’s population. They are the ones who will benefit most from the decisions we take today to reduce disaster risk and impacts, curtailing climate chaos and achieving the global Sustainable Development Goals.

In this episode, we talk about the impact of the role of youth in building a resilient future.

We want to thank Hanoch Barlevi, Kristinia Doughorty, Sylvia Guzmán Rodríguez and Melany Riquetti for sharing their experience with us.

📢 The Youth Forum “My Island, My Voice”, which is taking place now in the framework of the Caribbean Safe School Initiative, is a place where the youth are sharing their priorities and initiatives to prepare for the Third Ministerial Meeting to take place from 28 to 30 June. pic.twitter.com/W4EdVDqiFM

HLD1 session concluding at #GPDRR2022. Participants highlight the importance of youth engagement to accelerate the implementation of the Sendai Framework #RiskToResilience pic.twitter.com/MebRFUniv2

The future is in good hands. The young people who participated in the “Disaster Risk Reduction (DRR) and Climate Change Youth Forum”, held on August 12th in the framework of International Youth Day, showed great interest in becoming even more involved in the design and planning of disaster risk reduction strategies and actions to combat climate change. The reason is simple: they want a better world.

You will find in this section the results of this Forum and the main initiatives proposed by the young participants. For more information, access the press release here. 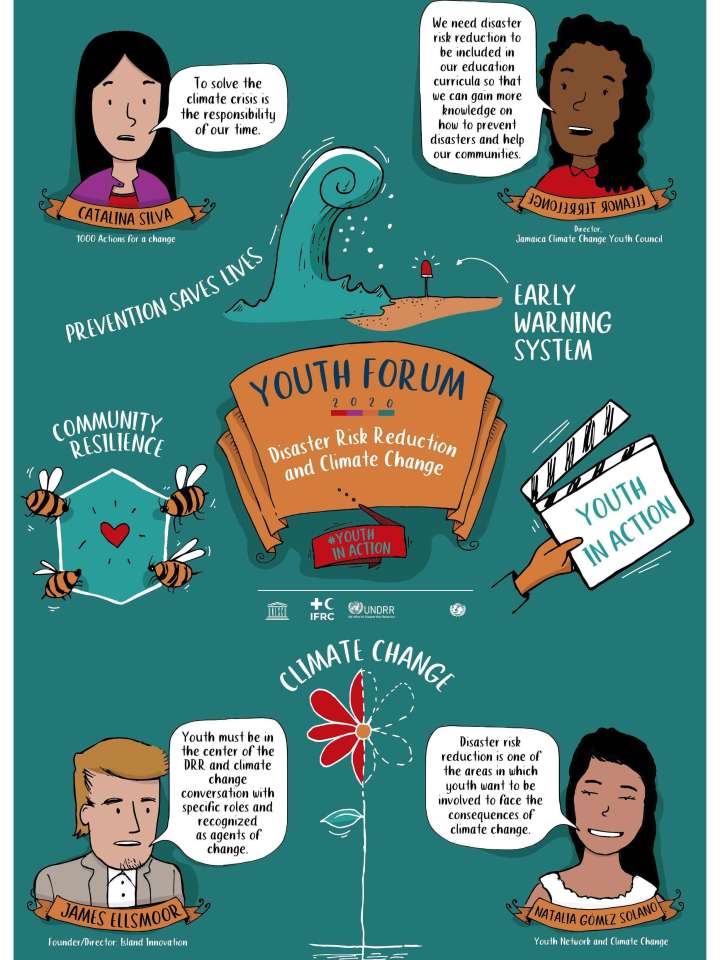