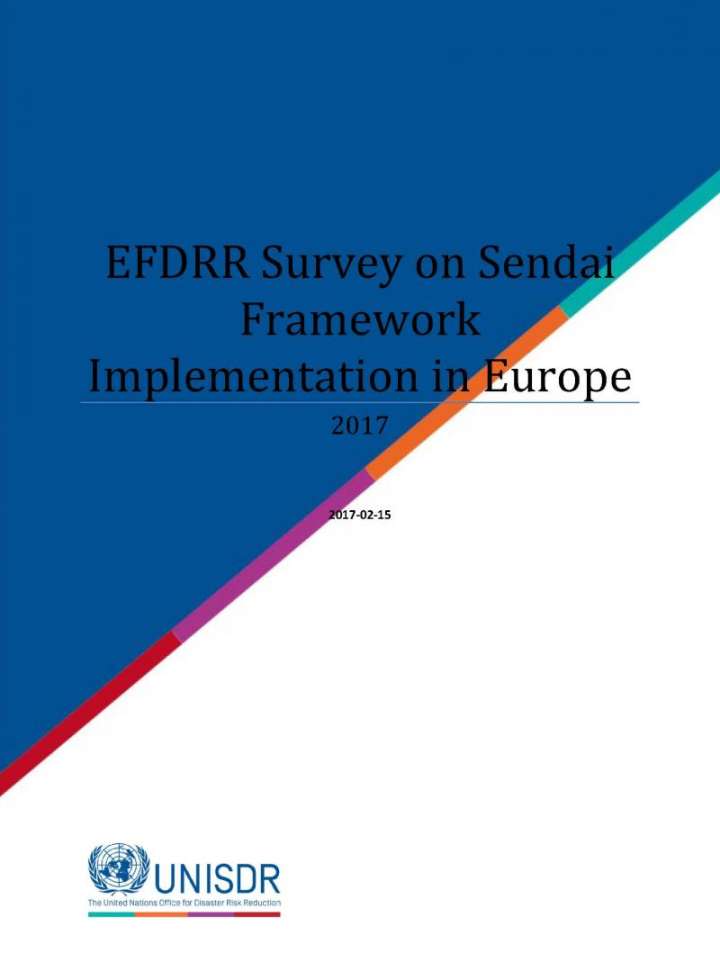 To guide Europe’s implementation of the four priorities of action and seven global targets of the Sendai Framework, the European Forum for Disaster Risk Reduction (EFDRR) agreed to develop a roadmap that will focus on activities for the immediate period 2015 – 2030 and provide an overview for the entire 15-year span of the Framework.

To provide a starting point for the roadmap, the United Nations Office for Disaster Risk Reduction (UNISDR) Regional Office for Europe conducted a baseline study. The study was developed from the responses of national disaster risk reduction focal points to a survey designed to assess the progress made by European countries since 2015, at the conclusion of the Hyogo Framework for Action (HFA), the predecessor to the Sendai Framework. This report serves to identify reported progress and challenges to provide a more up-to-date baseline measure since the ten-year HFA review.

Europe has made significant progress in establishing legal frameworks for disaster risk reduction as well as strengthening existing frameworks to remain relevant with respect to emerging hazards. Significantly, one-third of the countries responding to this Baseline Survey stated that their national legislation has been further developed or is under development to meet the broadened goals of the Sendai Framework, to address new emerging climate-related risks or to increase national coordination and capacities for both disaster prevention and response.