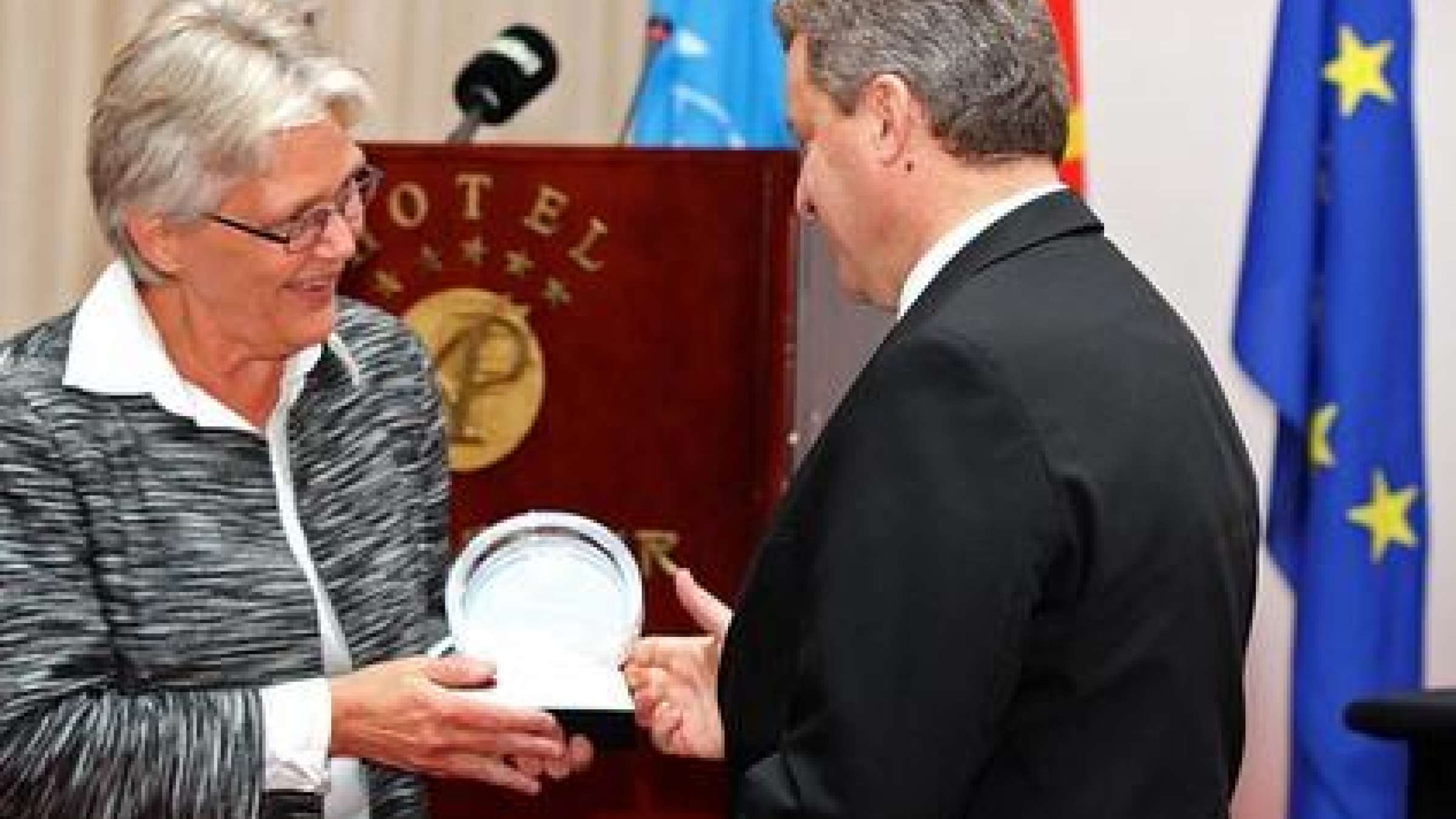 Wahlström was the keynote speaker at the Forum which was opened by President of the Former Yugoslav Republic of Macedonia, Gjorge Ivanov who reminded the audience of the great Skopje earthquake in 1963 that had left thousands dead and injured as well as more than 200.000 people homeless.

Drawing on UNISDR’s 2011 Global Assessment Report, Wahlström said, “In 2010 Europe saw the biggest increase in disaster events - plus 18.2 percent - compared to the decade’s averages. In terms of economic damages, it accounted for 14.3 percent of reported global disaster losses in 2010, with most of the damages caused by climatological and hydro meteorological events.

At a societal level, President Ivanov continued, “We need to encourage the ongoing campaigns for safe cities, safe schools and safe hospitals. We need to encourage NGOs to help people and communities to better understand, to be prepared and to be proactive. We need to encourage media to take disaster risk reduction as a part of their mission, committed to the wellbeing of the people, issuing timely warnings, objectively informing the public while avoiding speculations that could create panic.”

“National reports, however, demonstrate a gradual evolution from a mindset of crisis and response to one of proactive risk reduction and safety”, noted Wahlström. “Countries who have or are going to establish national platforms (NPs) for disaster reduction are reporting significant and ongoing success in addressing cross cutting risk reduction issues - more than double compared to those countries without NPs.”

Highlighting the increased numbers of local governments that had signed up for the 2010-2011 World Disaster Reduction Campaign-Making Cities Resilient, Wahlström said, “Europe is the most active region in embracing the campaign: 378 European cities have joined the campaign to improve their resilience and to exchange their experiences and challenges.

“I would like to commend the efforts undertaken by Serbia and Austria where many cities have signed up through the support received by the Hyogo Framework for Action Focal Point and a Research Centre”, Wahlstom added.

The EFDRR was established during the Meeting of European National Platforms and HFA Focal Points, 11–13 November 2009 in London, and stimulates as well as facilitates the exchange of information and knowledge among participating National HFA Focal Points, NPs and regional/sub regional partners: it facilitates discussion and advances risk reduction issues in a coordinated way at the regional level.