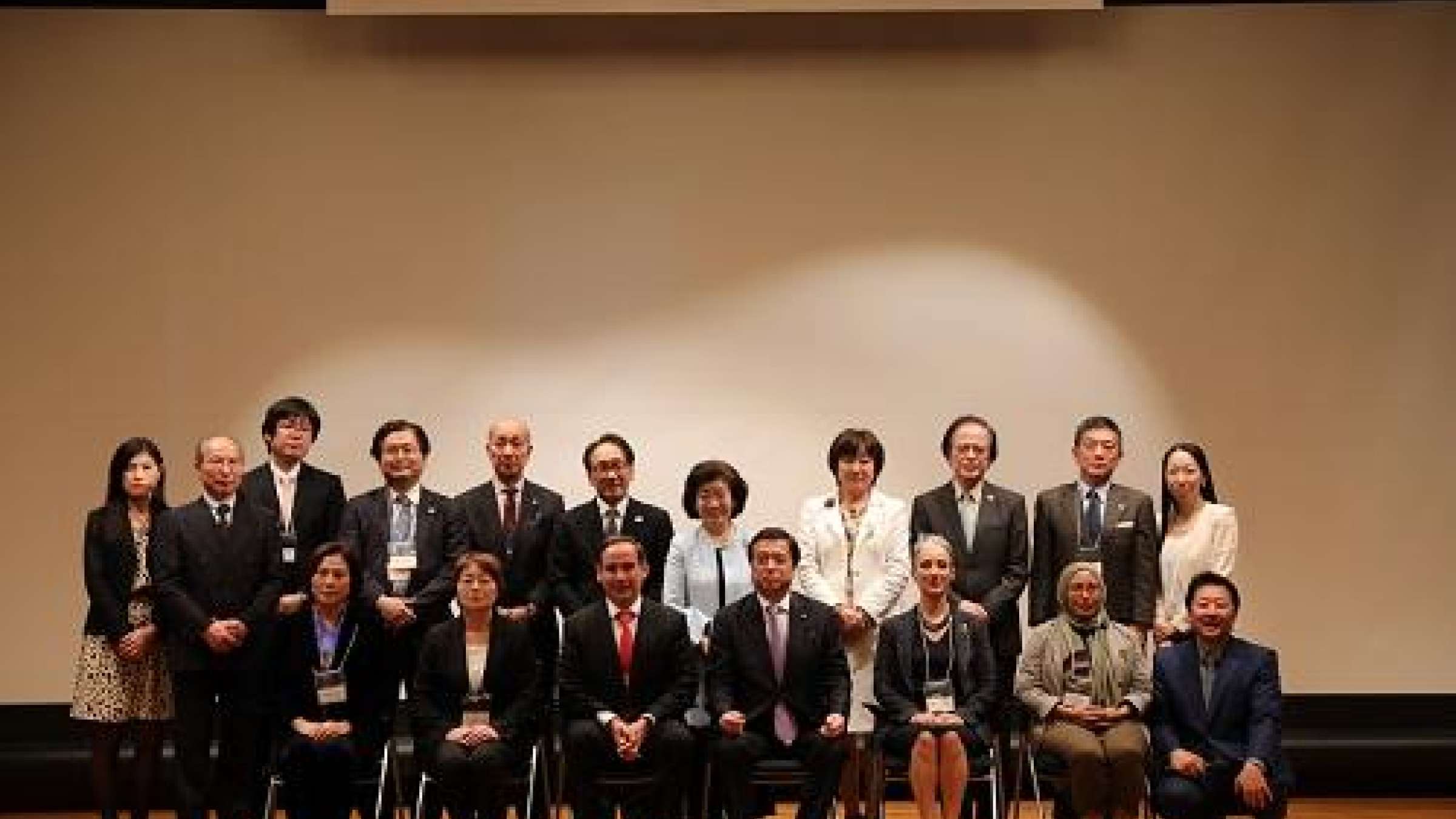 Tokyo, 19 December 2018 –  The world must overcome “its desire to forget’ was the message from a leading Japanese advocate for tsunami risk awareness at the 2nd World Tsunami Museum Conference.

Member of the House of Representatives, Mr. Teru Fukui, spoke of Japan’s national resilience movement, and extending the movement to the rest of the world.

Mr. Fukui emphasized the importance of investment in infrastructure to reduce human and economic losses caused by tsunami and associated disasters, a key target of the Sendai Framework for Disaster Risk Reduction, the global plan for reducing disaster losses.

“The lessons learned from disasters should be imprinted into our genes and we must overcome our desire to forget”, he told the gathering of 156 participants from 17 countries.

In welcome remarks, the Executive Director of the Tokyo National Museum, Mr. Masami Zeniya, highlighted the roles of museums in post-disaster recovery of cultural heritage as well as in “passing down the memories of damages caused by tsunamis to future generations’’.

Representatives from 5.12 Wenchuan Earthquake Memorial Museum Management Center; Tsunami Museum (Aceh) Indonesia; and Okushiri Isle Museum from Hokkaido in Japan shared their challenges and best practices by reflecting on the years of experiences since their museums’ establishment.

Sendai City, the epicentre of the 2011 Great East Japan Earthquake and Tsunami, recently established the Arahama Elementary School as a museum.  Ms. Kazuko Kohri, Mayor of Sendai, emphasised that it was the “mission of Sendai City to share memories and make sure these efforts will not be forgotten.”

Speakers recognized a challenge to educate youth and children who do not have direct tsunami and earthquake experiences.

Ms. Hafnidar, Head, Tsunami Museum (Aceh) in Indonesia emphasized the importance of making a museum a center of inclusiveness and shared her wish to increase further the number of young visitors.

They also noted that the network established at World Tsunami Museum Conferences can be capitalized on to exchange ideas, material, and assets through ICT and other technologies.

Held back-to-back with the 66th National Convention of Museum, closing remarks were offered by Mr. Johei Sasaki, Executive Director of the Kyoko National Museum, highlighting the need for a cross-sectoral approach and the concept of “museums as cultural hubs”.

The 2nd World Tsunami Museum Conference was organized by the Ministry of Foreign Affairs (MOFA) of Japan, ERIA, and UNISDR Office in Japan. Cooperation was provided by IRIDeS, Tohoku University. The conference was hosted at the Tokyo National Museum.