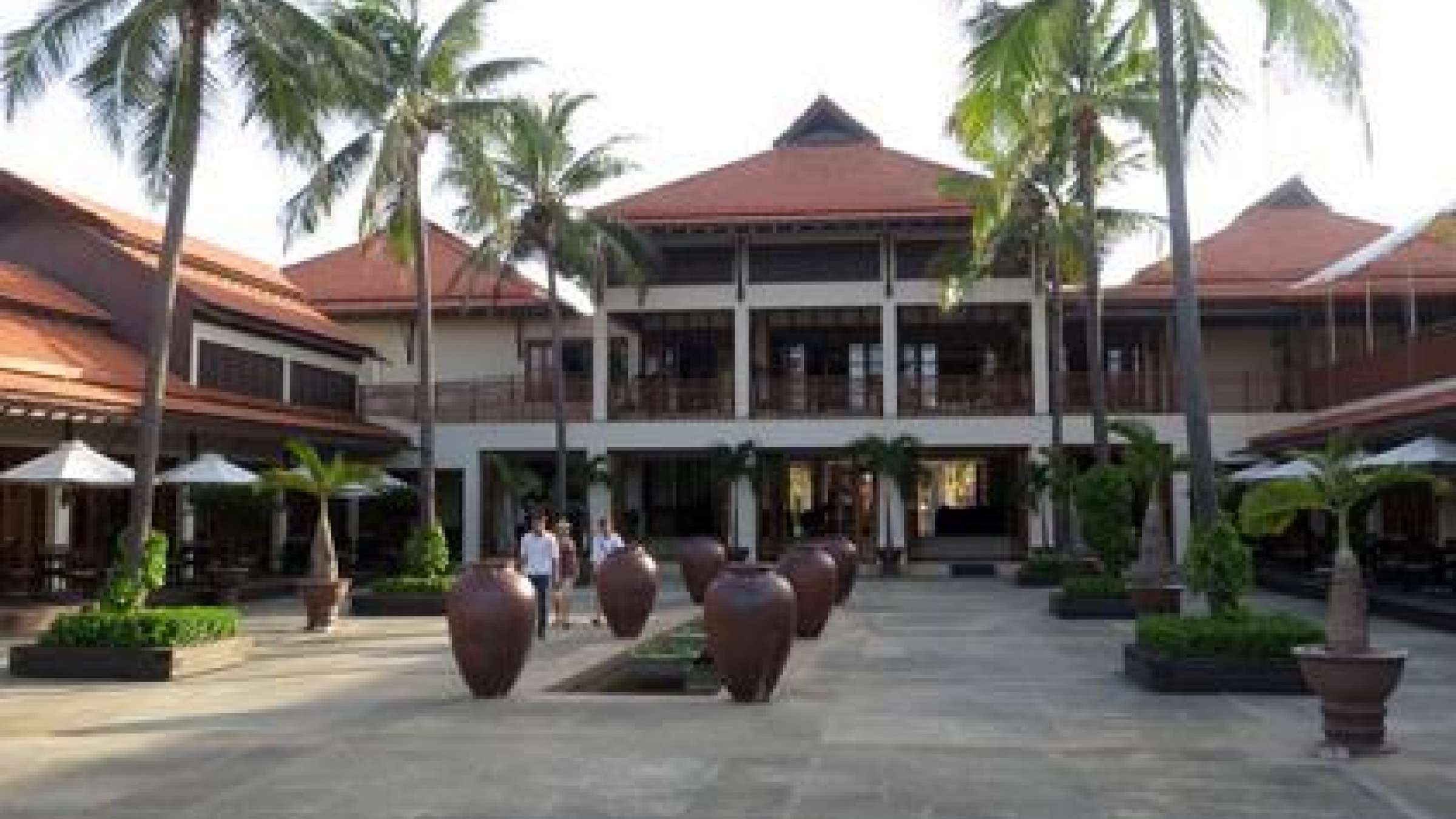 DA NANG, Viet Nam, 6 July 2015 – An industry which is literally on the front line of disaster and climate risk is emerging as a leader in efforts to strengthen resilience in one of Viet Nam’s prime tourist destinations.

A string of luxury hotels and resorts along Da Nang’s famous beaches are recognizing the need to strengthen their risk management to address their exposure to hazards such as typhoons, storm surges, coastal erosion, rising sea levels and increasing heatwaves.

Da Nang’s tourism industry is embracing the new Sendai Framework for Action on Disaster Risk Reduction, which calls for the promotion and integration of disaster risk management approaches throughout the sector, given the often heavy reliance on tourism as a key economic driver.

Tourism generates about 50% of Da Nang’s GDP, underpinning the entire local economy. The city is ringed by mountains and the sea. It is also the gateway to the nearby UNESCO World Heritage sites of the imperial city of Hue, the old town of Hoi An and the My Son ruins.

The Furama Five-Star Resort was the first of the city’s many luxury hotels to open in 1997. The Hong Kong franchise now has 197 rooms and is regularly filled with visitors, mostly from neighbouring countries in Asia.

Since the resort opened, 10 typhoons have significantly affected the complex. Typhoon Xangsane, which made landfall in September 2006, was the worst. It causes widespread damage and uprooted almost all of the hotel’s palm trees.

This cumulative experience has prompted the resort to increasingly base its disaster and climate risk management plan on a compact with nature rather than against it.

“We agree to the benefits of the sea by being located on the coast but by doing so we have to agree to reduce or accept some of the risks that this entails,” the resort’s Chief Engineer Mr Bui Van Ha said. “Our top priority is the safety of our guests and staff, followed by the protection of our infrastructure. We have paid in losses in the past but in so doing we have learnt a lot.”

Furama has adopted stronger designs for its buildings. Better protective measures are in place to protect the hotel from storms of a similar nature to Xangsane. The hotel has improved evacuation procedures and its contingency plans to deal with losses of power, water and food.

The hotel management also recognizes that tourism development has damaged natural storm buffers such as sand dunes and coastal vegetation and that this needs to be reversed. Significant concreting of the area has also increased flood risk during torrential rain. Coastal erosion is meaning raising the risk of sea inundation.

Furama and several resorts have expressed an interest in being a part of the Hotel Resilient partnership in Asia Pacific, which works with representatives from government tourism and disaster risk management departments, hotel associations, hotels, resorts and tour operators and with civil society.

UNISDR is a partner of Hotel Resilient along with the Global Initiative on Disaster Management and the Pacific Asia Travel Association (PATA) with the support of the German Government through GIZ.