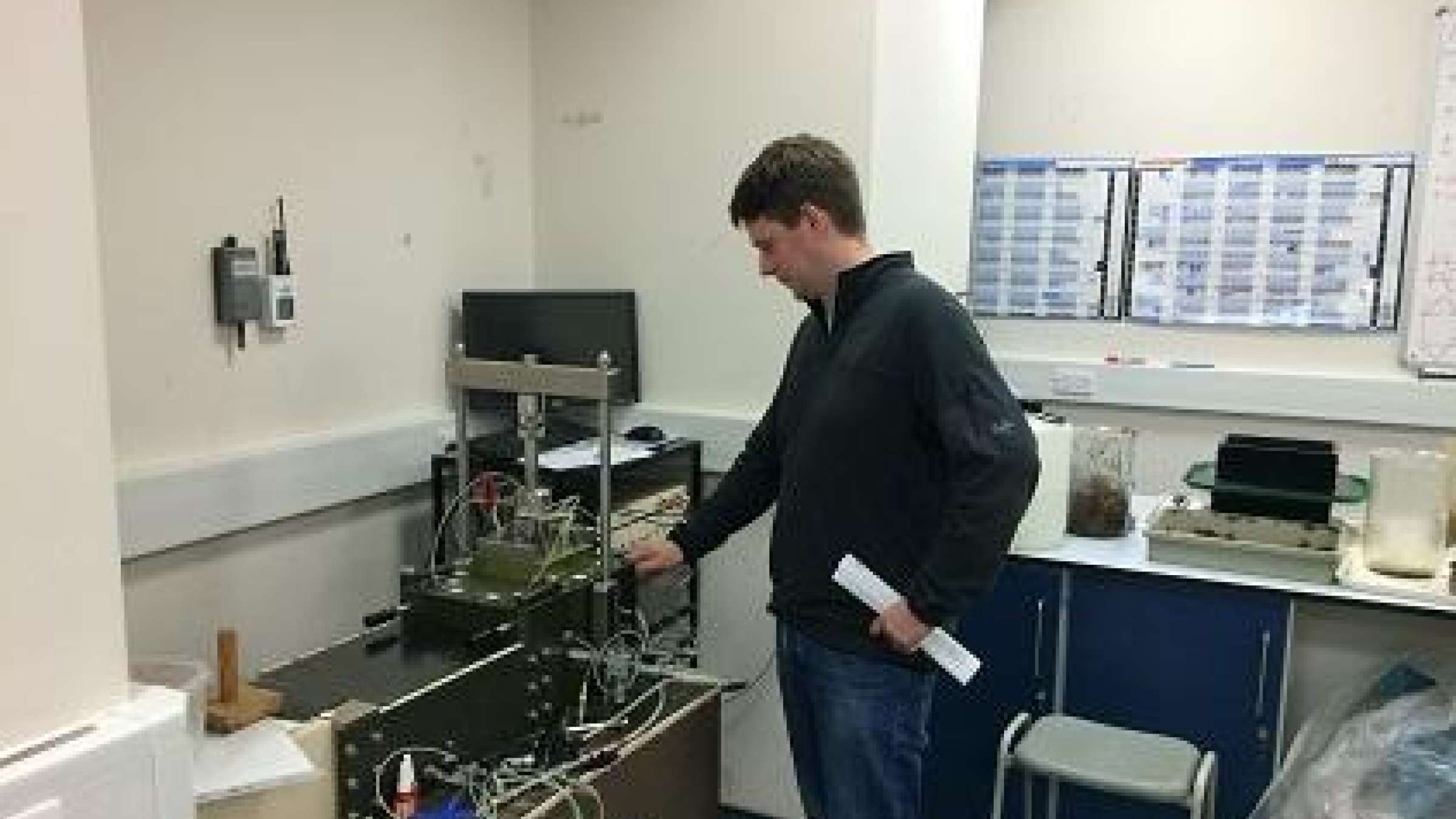 DURHAM, England, 15 January 2016 – Down in the depths of a cutting-edge lab in this English university city, scientists are working to rein in the risk posed by landslides around the globe.

The team members at the Laithwaite Landslide Laboratory – part of Durham University’s Institute of Hazard, Risk and Resilience – are dedicated to building an understanding of the precise causes in order to enhance early warning and thereby reduce death and economic losses.

Two landslides were among the world’s 10 deadliest disasters in 2015, on a list topped by April’s Nepal earthquake. Landslides claimed the lives of 627 people in Guatemala in October and 256 in Afghanistan in April.

Landslides are a key threat in many other countries too. They are fueled by factors such as seismic activity, ill-planned construction on slopes or rainfall – more frequent and intense precipitation is a key feature of climate change.

Headline-making disasters are only part of the problem, however.

“The majority of people who die in landslides die in small-scale ones that kill two or three people, and fall off the radar. And even if they’re not killing people, they are still a massive impediment for development,” said Durham expert Dr. Nick Rosser.

“The good thing is that you can actually do something about them. You can understand the conditions in the location in question, work out exactly what’s happening there when it rains, and so on.”

The lab’s work tallies with the goals of the Sendai Framework for Disaster Risk Reduction, a broad-ranging, 15-year agreement adopted by the international community last March in an effort to curb disaster mortality, the number of people affected and the economic impact.

The practical applications of research on disaster risk reduction will be in the spotlight later this month when more than 1,000 scientists and policymakers from around the world meet in Geneva for a major three-day conference on implementing the Sendai Framework.

“From a risk management perspective, our work concerns broadly the critical elements of when, where and how slopes fail,” said Dr. Rosser.

“Our research is about making data useful. A big focus is taking our findings back to the field, and monitoring. Our modelling analyses and applies to the real world, identifying places that are potentially dangerous and predicting the level of risk.”

Besides early warning, the lab’s work contributes to community-based slope monitoring and maintenance – something as simple as digging proper drainage channels can reduce the risk of a waterlogged slope.

Hazard simulation is the cornerstone of the work of the lab, a humidity- and temperature-controlled room piled with rock samples from the world’s landslide sites and risk areas – a consignment from Chilean Patagonia was the focus when UNISDR visited.

The team subjects the rock to stringent tests on bespoke machines, applying various scenarios, such as intensity and duration of rainfall, or seismic data. In between using the samples, the machines are kept in shape using off-cuts supplied by local tombstone engravers.

The lab has also adopted an innovative approach to overcome the cost, space and safety issues that would be involved in installing a geotechnical centrifuge to simulate the impact of increased gravitational acceleration on a slope.

In its place, they use a gooey by-product of cancer drugs, combined with gravel and rock, to craft mini-slopes and then simulate acceleration in what is known as a dynamic back pressure shearbox, with a digital camera capturing thousands of images of the impact which are then analyzed to build a 3D model analogous to the real world.

“What’s interesting is the different bits of the story that the machines help you to interrogate, and which in turn help make a difference to people’s lives,” said Professor Louise Bracken, head of the Institute of Hazard, Risk and Resilience.