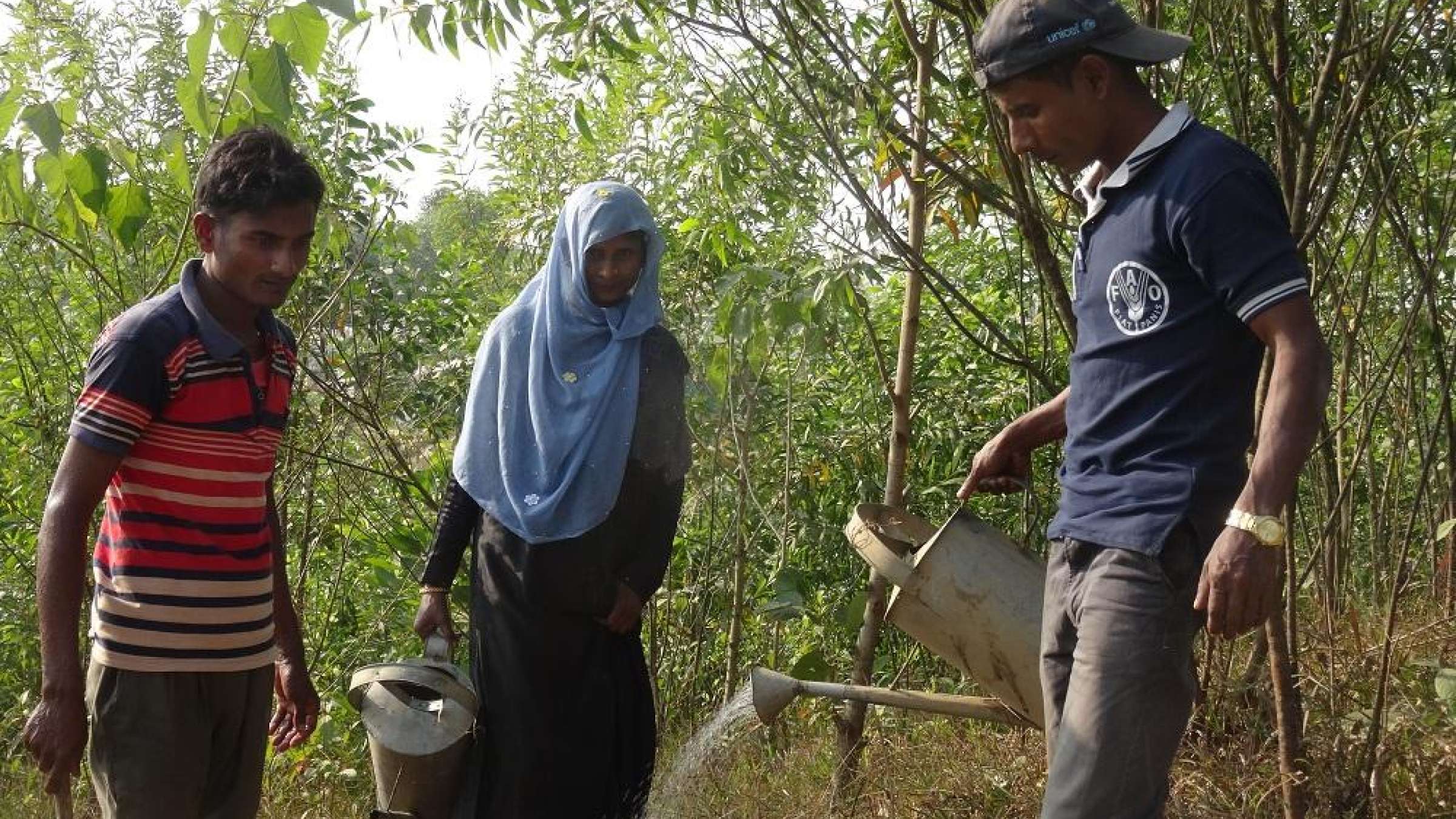 DECEMBER 12, 2019 - The 900,000 Rohingya who have fled the pogroms launched against them in Myanmar now live in 34 densely populated camps at risk of floods, landslides and cyclones in neighbouring Bangladesh.

Elephant watchtowers also dot the camps which lie in the middle of a major breeding ground for Asian elephants.

Two years after the main influx, major efforts are underway to reduce the impact that the presence of such dense settlements are having on the environment and the raised levels of exposure to floods and landslides.

The arrival of 700,000 Rohingya from August 2017 exacerbated existing environmental trends which saw dramatic reductions in the Teknaf Wildlife Sanctuary and the Inani National Park since the ‘90s.

FAO is working with the University College of London to develop a landslide early warning system based on risk modelling using inputs from satellite imagery, rainfall levels and other meteorological data.

They have already succeeded in reducing the number of landslides by an intensive programme of slope stabilization, planting a suitable variety of trees, shrubs and deep-rooted long grass following a mixed vegetation approach. Work which is also being replicated by other UN agencies and NGO partners.

Rajib Mahamud, FAO senior forestry specialist, explains that this is also vital to efforts to restore groundwater levels which have been severely depleted.

“Our main focus is on the watershed management primarily outside the camp over the next five years. Working with the Japanese Government we have restored 100 hectares along the Reju canal water system. We have planted 25,000 bamboo seedlings along the banks. Bamboo is good for reducing stream bank erosion.

“We have also targeted one agricultural community who are mostly dependent on groundwater for cultivation encouraging them to use the surface water as much as possible.”

WFP and FAO have also combined to encourage host communities to grow crops which can be bought through a voucher system inside the camps. This provides income to the host communities who have also suffered from the environmental losses of recent years.

The rate of deforestation has also been greatly reduced by combined efforts of UN agencies and NGO partners to substitute wood for fuel, liquified petroleum gas, LPG.

UNHCR and BRAC are also working together to improve the quality of life in places like Camp 1W Block D in Cox’s Bazar, by improving the infrastructure including drainage and introducing concrete pathways which will not be washed away in the rainy season.

Retaining walls are being put in place which will ensure slope stability and minimize flood damage in the fragile family homes made of tarpaulins, bamboo and any materials available to weigh down the roof to avoid wind damage.

UNHCR’s focal point for disaster risk reduction, Marina Drazba highlights the importance of these small-scale initiatives to improve the quality of daily life for vulnerable groups including older persons and persons living with disabilities, while supporting an “integrated neighbourhood approach” to disaster risk management.

The importance of these works is clear from the fact that 42,000 people were affected in the camps by landslides and flooding during last year’s monsoon season from June to September. The fear is that the outcome could be much worse if the area is hit by one of the major cyclones which the Bay of Bengal is famous for.