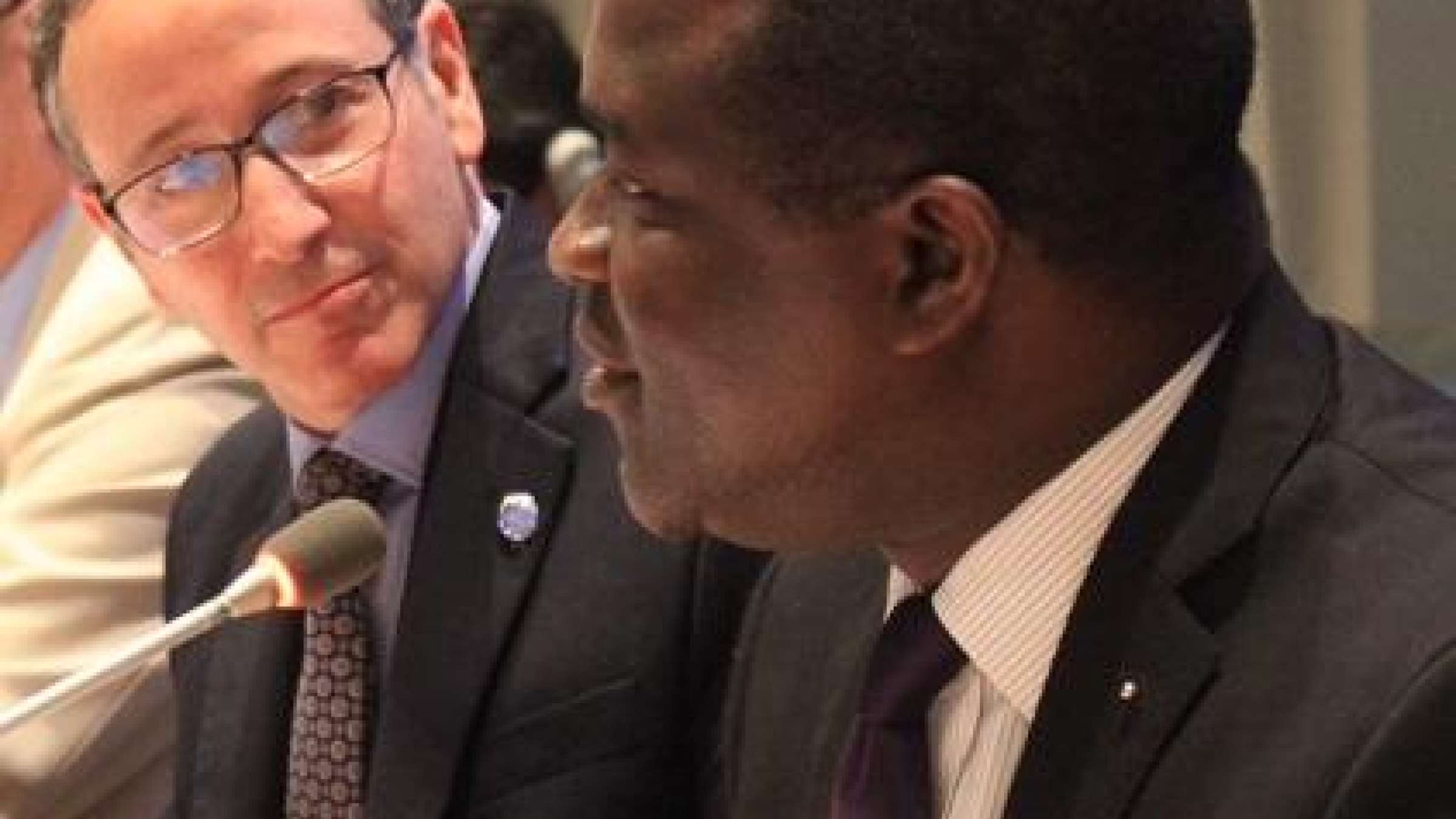 NEW YORK, 20 July 2016 - Strong leadership is critical to ensure that no one is left behind amid global efforts to achieve sustainable development by 2030, the United Nations’ top disaster risk reduction official has told a high-level global forum.

“The best evidence of leadership is the ability to reach the marginalized and disadvantaged poor,” Mr. Robert Glasser,  Special Representative of the Secretary-General for Disaster Risk Reduction, said at the first in a series of national voluntary reviews on the implementation of the Sustainable Development Goals, organized during the High Level Political Forum on Sustainable Development at UN Headquarters in New York.

The New York meeting, which began on 11 July and wraps up today, is a key staging post for the Sustainable Development Goals, a series of 17 interlocking, 15-year targets. They are part of the 2030 Agenda for Sustainable Development that was set at a global summit in 2015, a year that began with the adoption of another key accord, the Sendai Framework for Disaster Risk Reduction, and was capped by the Paris Agreement on climate change.

Mr. Glasser moderated a session filled to capacity with governments and stakeholder groups eager to hear how countries would communicate their progress in reaching the Sustainable Development Goals.

All 17 of the goals are affected by disaster risk.  The implications of this were drawn into sharper focus as Sierra Leone presented its report, one of five countries – including Mexico, Montenegro, Switzerland and Morocco – to do so in this session and one of 22 countries to do so this week.

The presentation from Sierra Leone pointed to the extraordinary effects of the Ebola pandemic, coupled with flooding later last year, on its ability to implement the Sustainable Development Goals. The Ebola crisis plunged GDP growth from 20.1% in 2013, to 4.6% in 2014, and minus 23.5% by the end of 2015.

Mr. Glasser reminded the meeting that this pattern is repeated around the world. “Low income countries incur average annual losses from disasters equivalent to 22% of their annual social expenditure. In some countries this figure reaches over 50%.”

These facts are among the reasons that countries came together in 2015 to adopt the 15-year Sendai Framework for Disaster Risk Reduction and why disaster risk reduction remained an important thread running through the 2030 Agenda for Sustainable Development.

This year’s High-level Political Forum  focused on the imperative of “leaving no one behind” in the implementation of the Sustainable Development Goals. Among the many practical experiences of how this slogan is being been translated to action, disaster risk reduction stands out as an important example.

Disaster risk reduction draws attention to patterns of exposure and underlying drivers of risk. Risk informed planning and investment, particularly when inclusive approaches, as prioritized in the Sendai Framework, are employed, play an important role in ensuring that no one is left behind.

Ms. Rachel Kyte, Special Representative of the Secretary-General for Sustainable Energy for All, underlined that inclusive approaches open the way for innovation. She described how, beginning from an understanding of risk, comprehensive multi-stakeholder planning processes can help to reveal opportunities for innovation. Women and girls, for instance, may recognize different opportunities for building resilience and achieving sustainable development.

The formal process of aligning reporting between the Sendai Framework and the Sustainable Development Goals is ongoing; as exemplified by the High Level Political Forum reports presented by Sierra Leone, Mexico and Switzerland which address disaster risk.

The number of countries including disaster risk in their national voluntary reviews on their implementation of the Sustainable Development Goals is only expected to increase as the formal monitoring mechanisms for implementing Sendai Framework are finalized.

Next year’s High Level Political Forum will also have the opportunity to consider the outcomes of the Global Platform for Disaster Risk Reduction, set to be hosted by Mexico in May 2017.