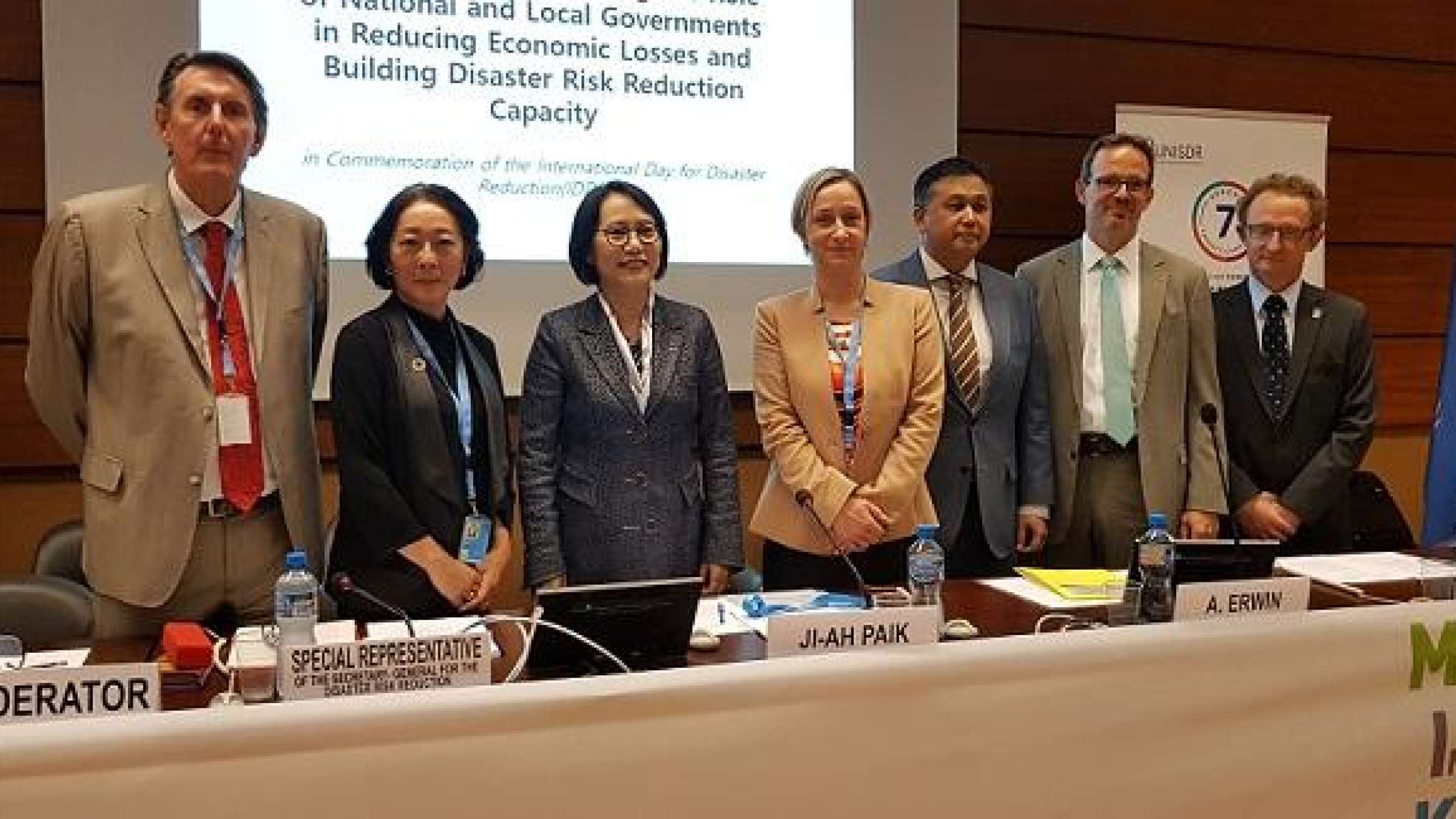 Speakers at the MIKTA event to commemorate International Day for Disaster Reduction
unisdr.org

19 October 2018, Geneva – Put local communities at the heart of their disaster risk reduction plans and action.

This was the call from the Permanent Representative of Indonesia to the UN in Geneva, Ambassador Andreano Erwin at an event, "Strengthening the Role of National and Local Governments in Reducing Economic Losses and Building DRR Capacity."

The discussion was held by the MIKTA partnership - Mexico, Indonesia, Korea, Turkey and Australia - to commemorate the International Day for Disaster Reduction.

“Local communities are the first to respond and the first to be impacted by disasters”, said Mr Erwin, whose own country has been affected by disasters repeatedly, most recently just three weeks ago when 200 people were killed by an earthquake and resulting tsunami that hit Sulawesi.

This sentiment was echoed by the other speakers at the seminar, including Cécile Aptel, Director of Policy, Strategy and Knowledge at the International Federation for the Red Cross and Red Crescent, who called for three key actions in DRR development: support to communities to make their own decisions; ensuring planned interventions reach community level; and recognizing that economic losses go beyond the initial impact.

Ji-ah Paik, Ambassador and Permanent Representative of the Republic of Korea who hosted the event, welcomed the speakers and Mami Mizutori, head of UNISDR and UN Special Representative of the Secretary-General, made the link between reducing economic impacts from disaster to implementation of the Sendai Framework – the globally agreed framework for reducing disaster risk.

Cyrille Honoré, of the World Meteorological Organization, highlighted the role that multi-hazard early warning systems can play in saving lives and promoting a coordinated approach.

Overall, the sentiments of the speakers were summarized in the link made by Daniel Kull, World Bank,  between disaster reduction and achieving the goals laid out in the 2030 Agenda for Sustainable Development.