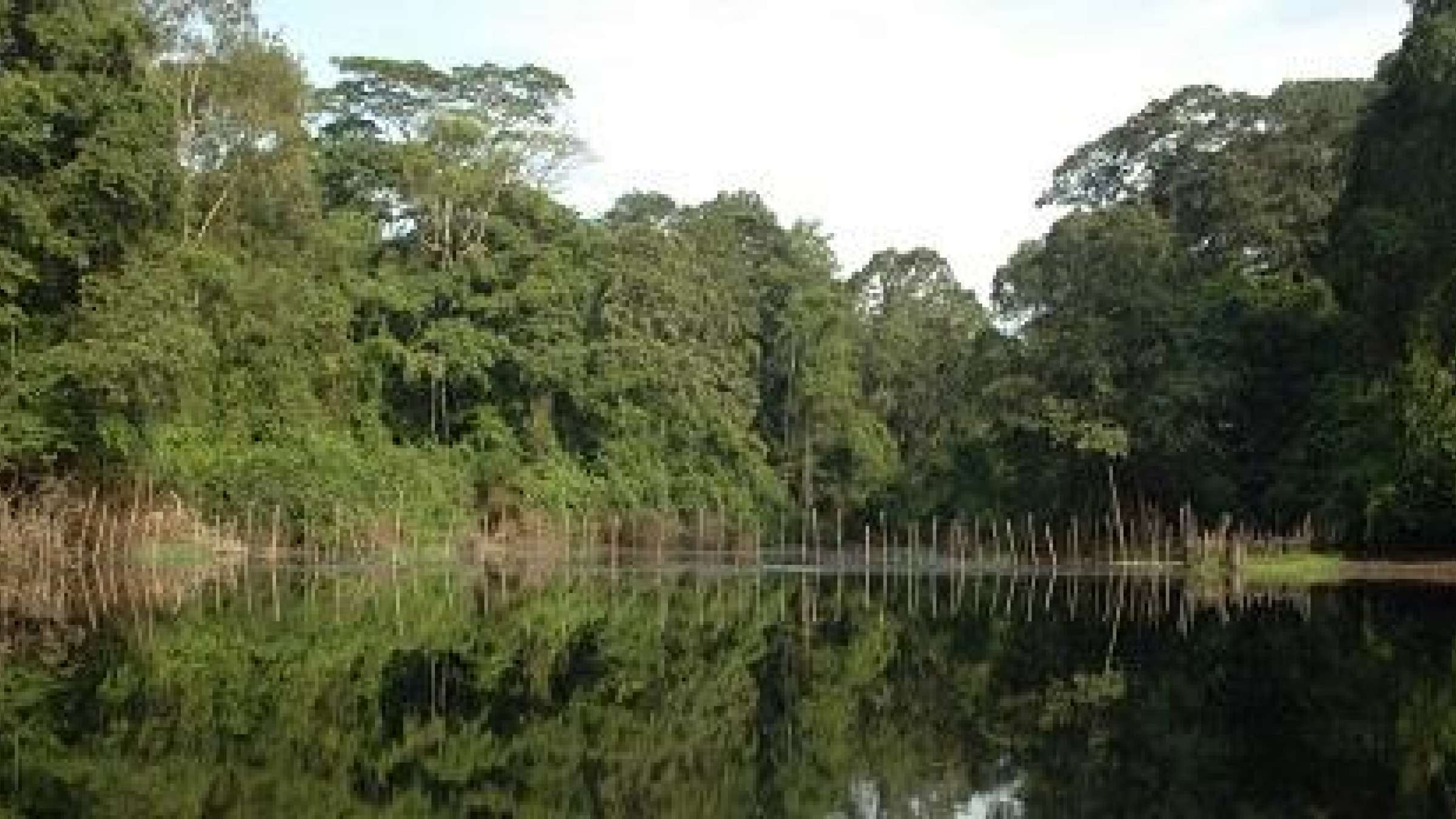 Wetlands form a barrier against hazards such as floods, drought or cyclones, making their protection a key link in the disaster risk reduction chain (Photo: UNEP/Johannes Refisch)

GENEVA, 2 February 2017 – Sites such as mangroves, coral reefs, flood plains or peat marshes are natural buffers against weather hazards including storms and floods, according to experts marking this year’s World Wetlands Day.

“Disasters and disaster risk are rising,” said Ms. Jane Madgwick, Chief Executive Officer of Wetlands International. “Ninety percent of those disasters are water-related. It’s no accident that such disasters are rising as wetlands are degraded.”

The 2017 theme of World Wetlands Day is disaster risk reduction, and Ms. Madgwick told a conference in Geneva that it was important to do away with the label “natural disasters”, given that the risk-increasing actions of humans are the critical factor.

“It’s actually in our hands how much of a disaster it is,” she said.

Ms. Martha Rojas-Urrego, Secretary General of the international community’s Ramsar Convention on Wetlands, underlined that 64% of the world’s wetlands have disappeared in the past 100 years. The current rate of loss is 1% per year, faster than any other ecosystem.

“Wetlands are drained or degraded to meet the increasing demands for water and land to cater for agriculture, industry and a growing urban population. It is crucial that more voices speak up for wetlands, more people become informed of their value and more decisive actions are taken to conserve and restore this valuable ecosystem,” Ms. Rojas-Urrego said.

“Well-managed wetlands make communities resilient in the event of extreme weather and help to minimize the damage from these hazards. Coastal wetlands such as mangroves protect against flooding and serve as buffers against saltwater intrusion and erosion. Inland wetlands such as floodplains, lakes and peatlands absorb and store excess rainfall, which reduces flooding as well as delaying the onset of droughts by storing water,” she explained.

Deploying ecosystem protection as a means to curb the impact of hazards is a key tenet of the Sendai Framework for Disaster Risk Reduction, adopted in 2015. The 15-year Sendai Framework is the international community’s most comprehensive disaster risk reduction blueprint to date, and was the first building block of the 2030 Agenda for Sustainable Development.

There is an abundance of the impact of protecting or degrading wetlands.

Mangroves showed their mettle during the 2013 Typhoon Haiyan storm surge disaster in the Philippines, said Ms. Maria Teresa T. Almojuela, the country’s Deputy Permanent Representative to the United Nations in Geneva, pointing to the case of the town of Palompon.

“A distinct feature of that town is that it is surrounded by a mangrove plantation. That protected it. The town was spared the devastation,” she said.

In the wake of the disaster – which was a stark sign of the “new normal”, Ms. Almojuela said – the Philippines brought together different arms of government to embed disaster risk reduction in its environmental policy.

Breaking down barriers between groups of policymakers is exactly the kind of approach advocated by the UN Office for Disaster Risk Reduction (UNISDR), which sees it as the key to success.

“It’s important to engage all players to reduce disaster risk,” said Ms. Kirsi Madi, Director of UNISDR, noting that this also applies to the business world.

Mindful that companies are responsible for the bulk of investment in the built environment, in 2015 UNISDR and its partners set up the Private Sector Alliance for Disaster Resilient Societies, also known as ARISE. Its projects include working with local governments and firms around the Gulf of Mexico to reduce the risk of a repeat of the 2005 Hurricane Katrina disaster, with measures including wetland restoration.

“Every public and private sector decision will have consequences. Therefore there’s a need to understand the long-term and not just the short-term gains,” Ms Madi said.

Wetlands also provide food for more than three billion people worldwide, are a source of fresh water for over one billion, and, by storing carbon dioxide, can slow the pace of global warming.

“If we think we can have all the food, the air and the water and not protect nature, we didn’t do the sums,” said Ms. Inger Andersen, Director General of the International Union for the Conservation of Nature (IUCN).