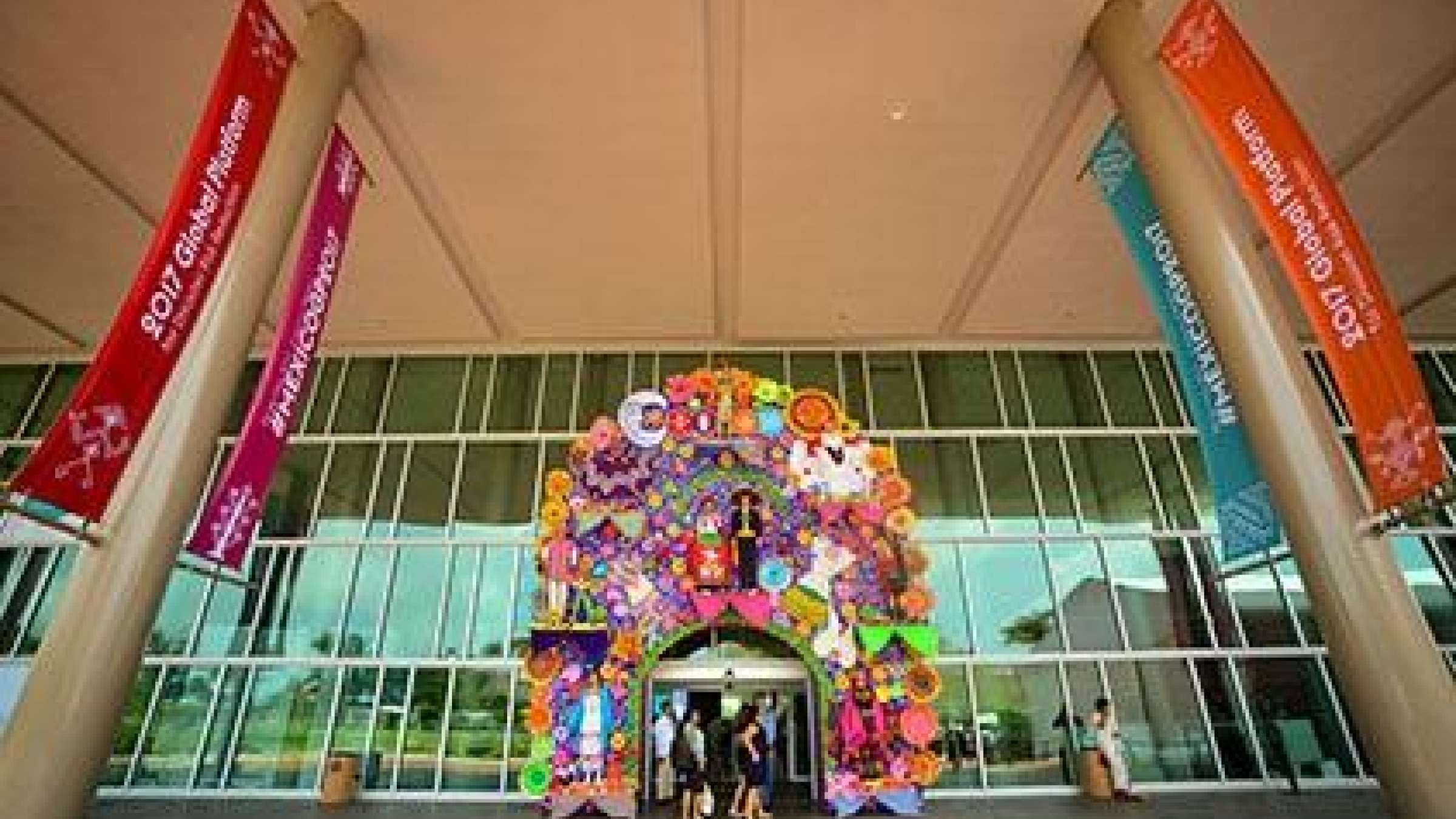 23 May 2017, CANCUN, Mexico – The escalation of economic losses from disasters is expected to draw a record attendance of 7,000 people at a biennial UN forum that will bring world leaders and representatives of civil society together to agree ways and means of preventing and mitigating disaster impacts.

Hosted by the Government of Mexico, the event will also see the launch of a global accountability mechanism to measure reductions, in loss of life, in numbers of disaster affected people, in economic losses, and in damage to critical infrastructure from 2020 to 2030. These are key targets of the global plan to reduce disaster losses, the Sendai Framework for Disaster Risk Reduction.

Small Island Developing States are also meeting to share practical solutions to living on the front line of climate change as they grapple with the existential threat posed by extreme weather and rising sea levels.

The Global Platform for Disaster Risk Reduction which will be officially opened on Wednesday by the President of Mexico, Enrique Peña Nieto, has taken place five times since the Indian Ocean tsunami killed some 230,000 people, a catastrophe that has driven major improvements in early warnings, disaster preparedness and disaster management. There have also been two UN World Conferences on the subject in 2005 and 2015.

Mortality from some natural hazards has declined but disasters are now estimated to cost the global economy US$520 billion and to push 26 million people into poverty every year.

Mr. Robert Glasser, the UN Secretary-General’s Special Representative for Disaster Risk Reduction, said today: “Two years ago we adopted the Sendai Framework, the Paris Agreement on climate change, and the Sustainable Development Goals. Poverty is a key driver of disaster impacts and vice-versa, so reducing disaster losses is a priority.

“If we are to break this vicious circle then this week we need to spur action on ensuring that strategies are in place at national and local level by 2020 which manage the risks which drive disasters and that they include strong governance, action on climate, a focus on urbanisation and environmental protection.

“The Global Platform for Disaster Risk Reduction is a major milestone for a world that is fighting for its very survival against climate change. All the agreements are in place, now we have to act and implement them.” The Chair of the Global Platform and head of the Mexican Civil Protection Agency, Mr. Luis Felipe Puentes said: “The government of Mexico is pleased to host this Conference as a sign of our own commitment to disaster risk management and reducing disaster losses. It is our wish that this busy week of activity will add momentum and urgency to global efforts to implement the Sendai Framework for Disaster Risk Reduction.

“The goal is to agree concrete recommendations and practical solutions to build resilience to disasters. We hope also to make progress on breaking down the silos between action on climate and disaster risk. Integration and coherence are strong themes of this Global Platform.” Mr. Puentes will present the Chair’s Summary, the Global Platform outcome on Friday.

The three day event will open on May 24 with a Leaders’ Forum which will hear the views of some of the world’s most disaster exposed economies.

The conclusions and recommendations from two preparatory events, conferences on multi-hazard early warning systems and practical solutions for SIDS, will also feed into the Global Platform which will hold four plenary sessions, and over 60 special sessions, working sessions and side events.

Another highlight of the week and further proof that the world is improving its understanding of disaster impacts at national and local level is the data readiness review carried out by UNISDR in preparation for the launch of the Sendai Framework monitor which will measure reductions in disaster losses from 2020 to 2030 against agreed baselines. A total of 87 countries from all regions have participated in the review thus far.

Among the outcomes will be a Leaders Forum communique and the Chair’s Summary which will relay the Conference’s overall recommendations. This is the first time that the Global Platform has been held outside Geneva, Switzerland, home to the UN Office for Disaster Risk Reduction which is co-organizing the Global Platform with the Government of Mexico.