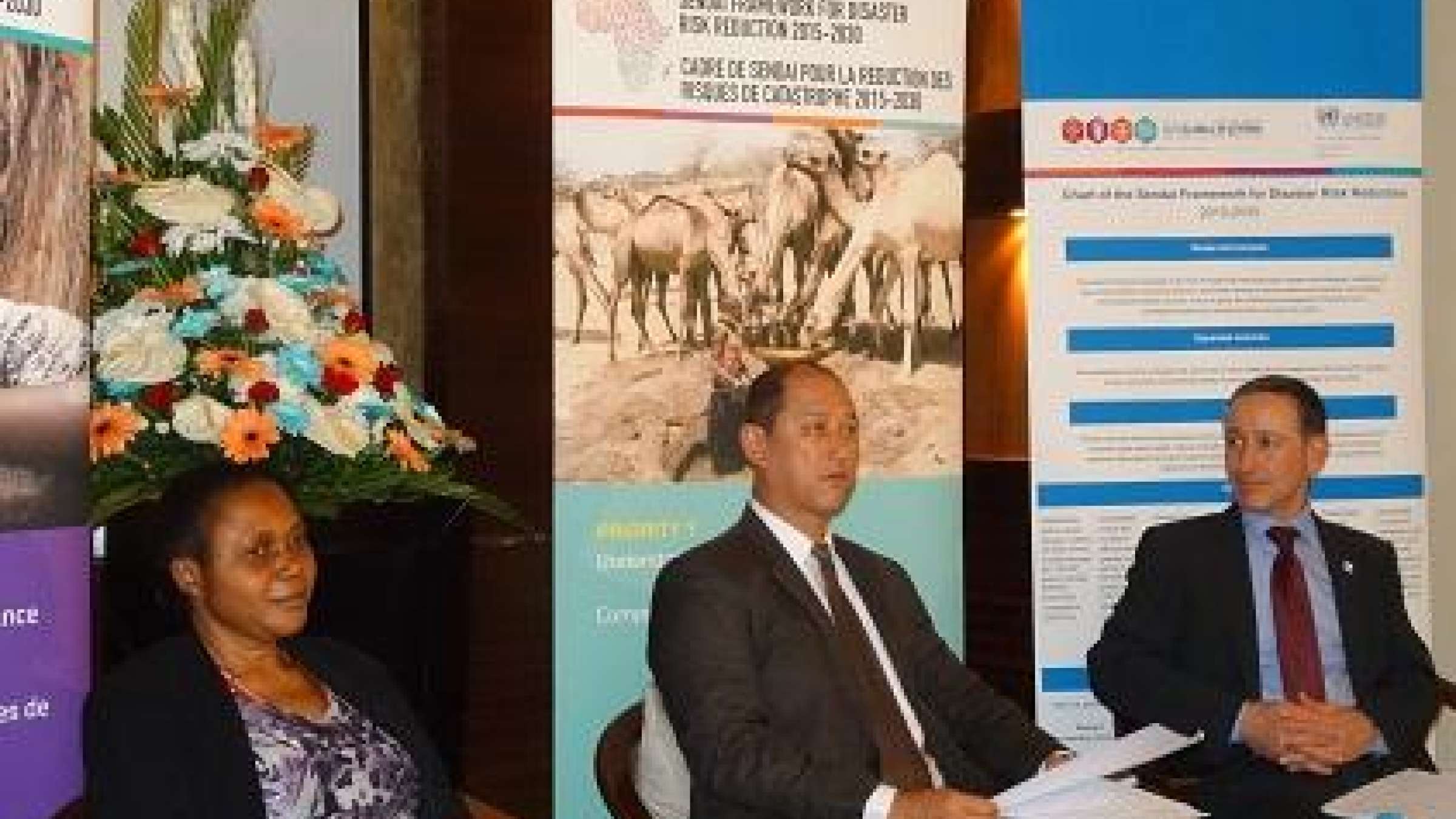 BALACLAVA, Mauritius, 23 November 2016 - Host country Mauritius is using this week’s Africa Regional Platform for Disaster Risk Reduction to profile the challenges facing small island developing states (SIDS) battling a rise in climate-related disasters which constitute an existential threat to many of them.

This is the first time that one of Africa’s six SIDS has been chosen to host the Africa Regional Platform and Mauritius has been an enthusiastic champion of the Sendai Framework for Disaster Risk Reduction, investing 2% of its GDP, approximately US$230 million annually, in reducing disaster risk for the Indian Ocean nation’s population of 1.3 million.

The focus on larger reservoirs and water storage capacity is an important issue as drought sweeps across the member States of the Southern African Development Community (SADC), affecting 41 million of the region’s 257 million people, including 23 million who are in immediate need of food assistance.

This year the national budget of Mauritius has provided for a series of measures in the areas of renewable energy, sustainable transport, smart agriculture, ocean economy and water. “We expect these measures to have twin contributions in addressing climate change impacts as well as reducing disaster risks,” the Minister said.

Since the mid-1940s, overcoming cyclone impacts has been a top priority and after past tragedies, 90% of the housing stock now comprises cyclone-proof concrete buildings. Cyclone and drought-resistant sugar cane varieties have been developed to secure the future of the lucrative sugar industry.

Building back better, a core priority of the Sendai Framework, is a feature of the country’s disaster risk management strategy with a focus on ensuring that essential utility services suffer minimum disruption from events such as the cyclones which hit the Indian Ocean archipelago once every five years.

According to the Meteorological Services, Mauritius is hit every year the island is hit by the remnants of 3 to 5 storms which often means heavy rains which can trigger landslides. Some 37 sites have been identified across the country as susceptible to landslides.

Minister Cheong said the country is focussed on mainstreaming the four priorities for action of the Sendai Framework into its national programmes for disaster risk reduction. He stressed it was crucial to understand all dimensions of disaster risks, strengthen disaster risk governance at all levels and across all sectors, invest in resilient infrastructure, and reinforce disaster preparedness for more effective response and recovery.

Speaking at a press conference yesterday, the Minister said that following the establishment of the National Disaster Risk Reduction and Management Centre in 2013 there were now 12 local DRR committees operating across the country and they had conducted 50 disaster simulation exercises over the last year.

Mauritius has also strengthened its legislative framework by promulgating a National Disaster Reduction and Management Act earlier this year, clearly defining roles and responsibilities of all key actors involved in disaster risk management. An early warning system for storm and tidal surges is in place and the country is in the process of setting up a multi-hazard early warning and an emergency alert system.

As part of his argument for investing in resilience, Minister Cheong cited the UNISDR Global Assessment Report on Disaster Risk Reduction (GAR2015) which found that governments need to be setting aside US$314 billion every year to meet annual average losses from just earthquakes, tsunamis, tropical cyclones and river flooding.

“For Small Island Developing States like Mauritius, escalating disaster losses pose an existential threat. It is forecast that SIDS may lose on average 20 times more of their capital stock annually due to disasters,” he said.