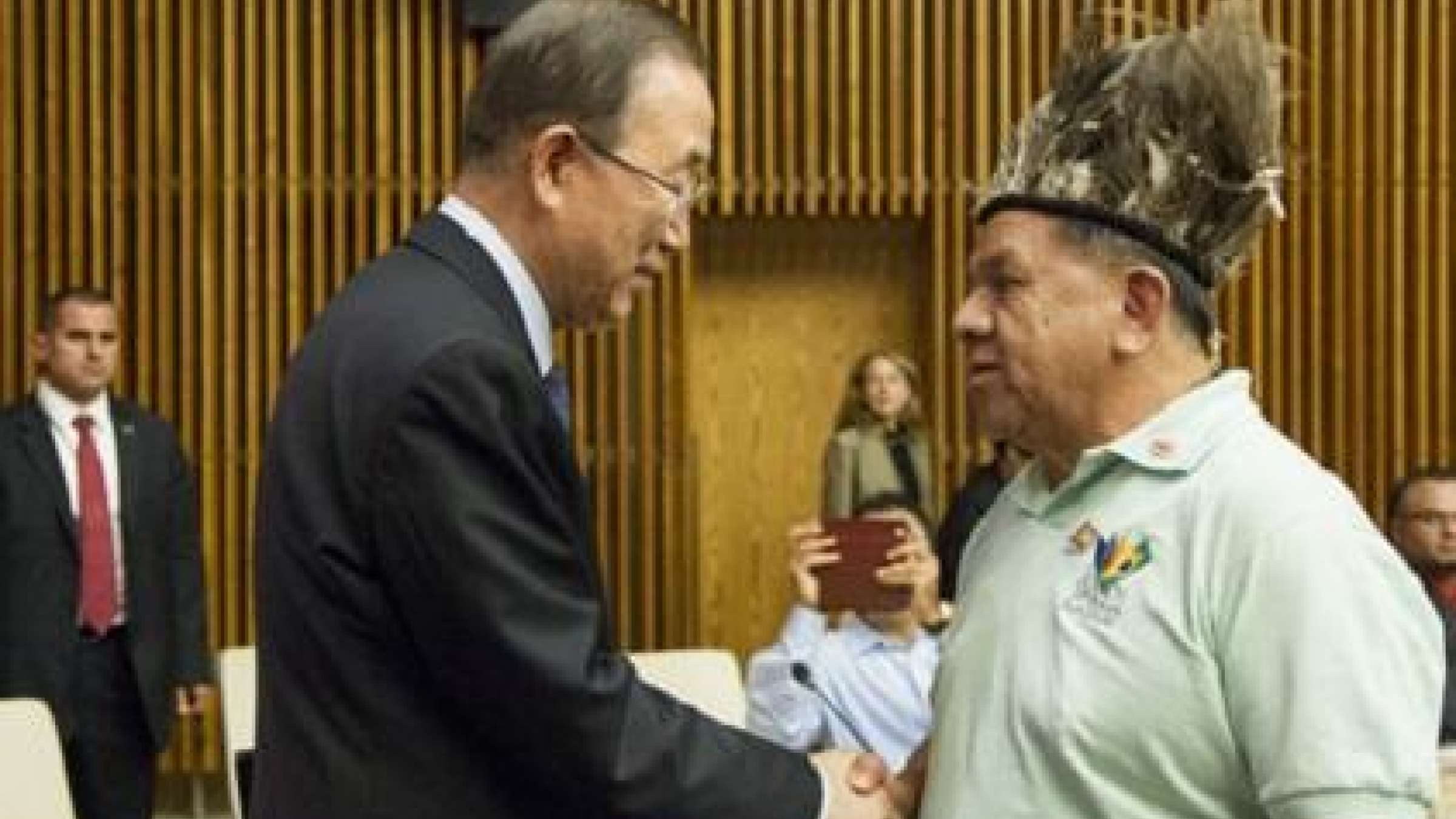 NEW YORK, 12 August 2015 – Indigenous knowledge is an important source of wisdom for sustainability, UN Secretary-General Bank Ki-moon says, underlining an issue that it is also crucial for disaster risk reduction.

“Indigenous peoples are often among the poorest peoples in their countries and, in many nations, the poverty gap between indigenous and non-indigenous groups is increasing,” the Secretary-General said on Monday at a special event in New York marking International Day of the World’s Indigenous Peoples.

“Yet their history, traditions, languages and knowledge are part of the very bedrock of human heritage. Indigenous peoples can teach the world about sustainable lifestyles and living in harmony with nature,” he added.

It is estimated that the world is home to 370 million indigenous people, spread across 70 countries. Some 70 percent live in the globe’s most hazard-prone region, Asia and the Pacific.

As one of the most vulnerable, marginalized and disadvantaged groups of the global population, indigenous peoples are particularly threatened by disaster risk-increasing factors such as climate change, ecosystem degradation, bad land use and population displacement.

Their physical and mental health is also disproportionately worse than that of the general population, according to the slim amount of data available, according to the second volume of the State of the World’s Indigenous Peoples report, launched at the New York event. They have higher incidences of diabetes, heart disease and suicide rates.

Tackling the interplay between health and disaster risk is a key goal of the Sendai Framework for Disaster Risk Reduction, a 15-year global roadmap adopted in March and the first in a series of international agreements meant to take the world down a more sustainable route.

The Sendai Framework underlines the importance of addressing the needs of indigenous peoples. It also flags the role of indigenous, traditional and local knowledge in tackling disaster risk – the theme of this year’s edition of the International Day for Disaster Reduction on 13 October.

Indigenous peoples around the world have used their traditional knowledge to prepare for, cope with and survive disasters. Many of their methods and practices - including observing animal behaviour to gain early warning of hazards such as earthquakes and tsunamis - have been passed down over generations.

The Sendai Framework calls explicitly for governments to employ a people-centred approach and engage directly with indigenous peoples in the design and implementation of policies, plans and standards, and to use traditional, indigenous and local knowledge and practices to complement scientific knowledge in disaster risk assessments.

At Monday’s event, representatives of indigenous communities stressed priorities such as increased investments in data disaggregation by ethnicity; recognition of their right to participate in decision making; revitalisation of their languages; inclusion of indigenous youth in global conversations; and preserving their communities’ access to land.

They also want sustainable development to be culturally appropriate, taking into account their own conception of well-being, and to be implemented “through their own institutions”, said Megan Davis, Chair of the UN Permanent Forum on Indigenous Issues, who earlier this year made history by becoming the first Australian Indigenous woman elected to a United Nations body.