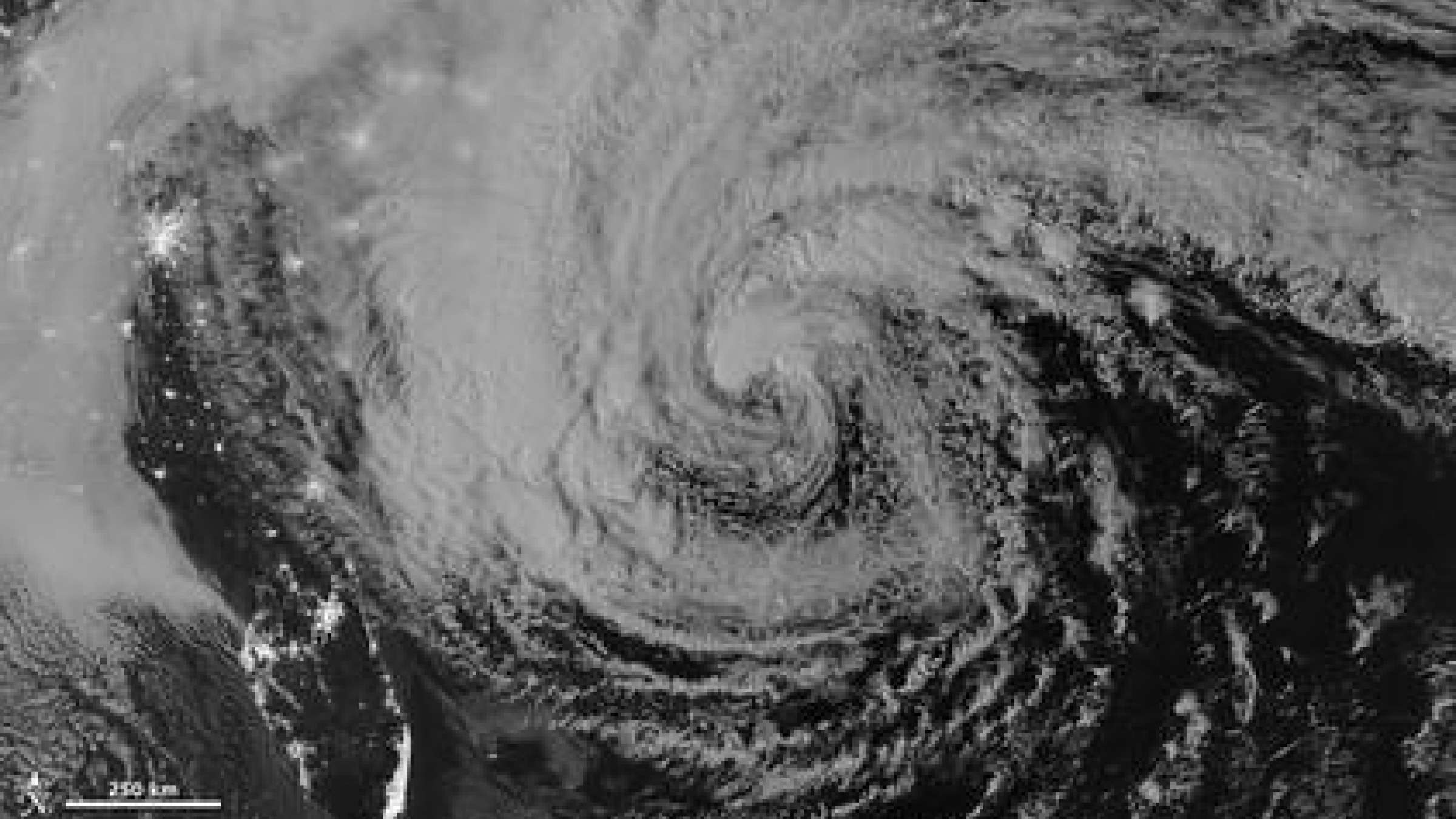 This image of Hurricane Sandy was acquired by the Visible Infrared Imaging Radiometer Suite (VIIRS) on the Suomi NPP satellite at 2:42 a.m. Eastern Daylight Time (06:42 Universal Time) on October 28, 2012.

NEW YORK/GENEVA, 31 October 2012 - Margareta Wahlström, the UN Special Representative for Disaster Risk Reduction, today said that the economic losses inflicted on the US and Caribbean island states by Hurricane Sandy underlined the growing threat posed by extreme natural hazards to the world economy.

Ms. Wahlström who also heads the UN Office for Disaster Risk Reduction (UNISDR), said: "We can say with a high degree of confidence that those parts of the US and the Caribbean which have borne the brunt of Hurricane Sandy will be vulnerable to repeat events of this magnitude due to rising sea levels and warmer coastal waters. The Intergovernmental Panel on Climate Change has pointed out that this poses a particular threat to tropical small island states.

"Physical exposure to tropical cyclones has almost tripled over the last 40 years because more industry is located in exposed areas and more people want to live in coastal areas. However, it is clear that we are not investing sufficiently in making our public infrastructure disaster resilient.

"We can see from events here along the eastern seaboard of the United States the results of ever-more people living in flood plains suggesting that the economic advantages of living in such an environment must outweigh the perceived risks of flooding."

Ms. Wahlström is in New York to introduce the Secretary-General's Report on the Implementation of the International Strategy for Disaster Reduction at the UN General Assembly. Originally scheduled for October 29, the event has been postponed by the arrival of Hurricane Sandy.

She congratulated the local authorities, the Federal Emergency Management Agency and the many volunteer groups involved, for the effective range of measures taken to protect the American population from the impact of Hurricane Sandy.

Ms. Wahlström said: "I would like to offer my condolences to those who have lost loved ones in this disaster. Nonetheless, many lives have been saved and it is encouraging to see such a high state of disaster preparedness in the affected parts of the United States. First responders performed well and the resilience of Americans is evident now in the focus on the recovery and the provision of assistance to those who find themselves temporarily homeless."