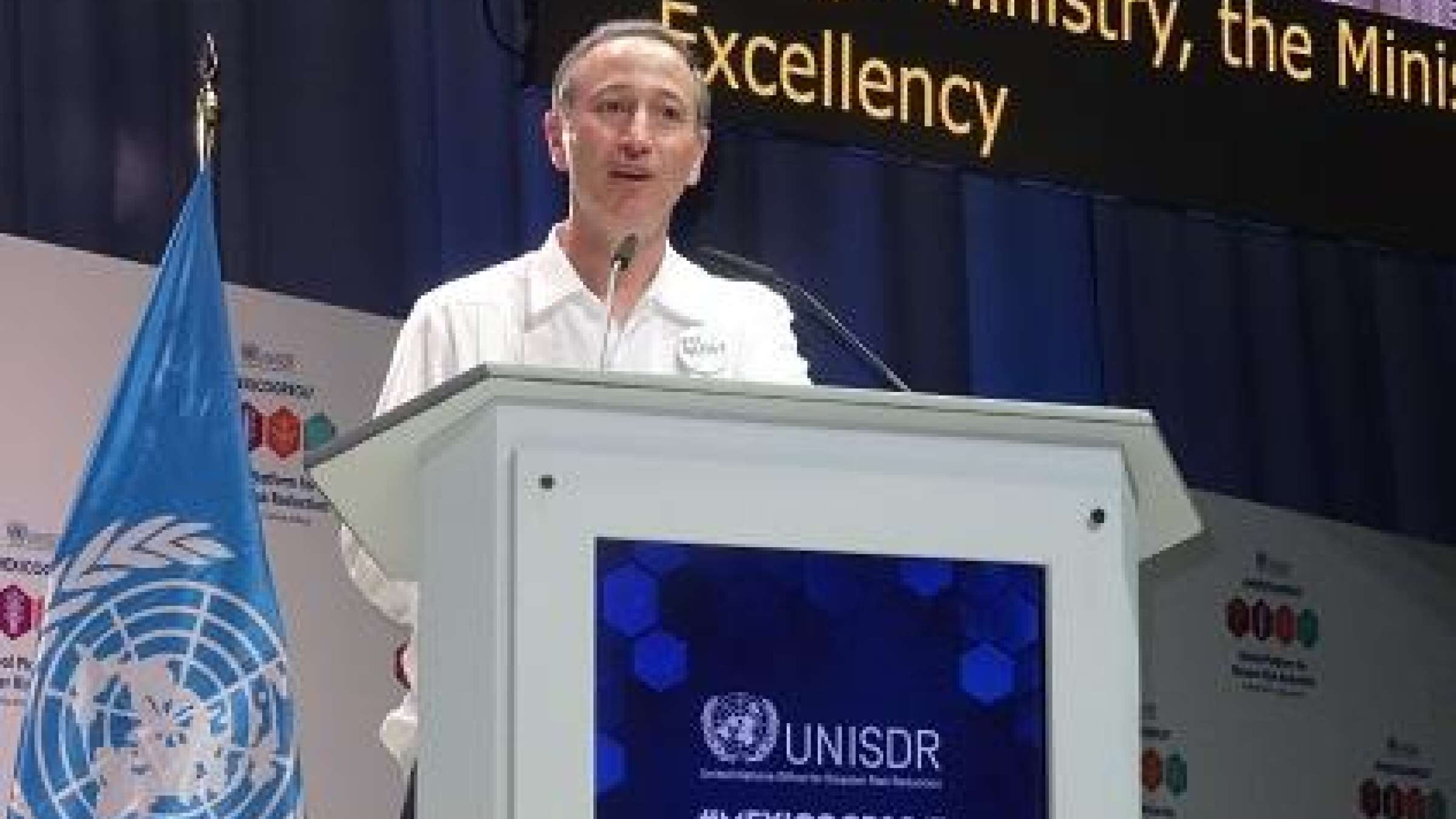 The UN Secretary-General’s Special Representative for Disaster Risk Reduction, Mr. Robert Glasser, today said: “We can only prove progress on reducing disaster losses if we know accurately what those losses are. Today we heard evidence that at least 87 UN Member States are putting data baselines in place and this effort needs intensive support over the next two years.”

At the closing plenary, Mr. Glasser paid warm tribute to Mr. Luis Felipe Fuente, national coordinator of the Mexican Civil Protection Agency, and the team which put their heart and soul into ensuring the success of the Global Platform. He also commented on the rich community of practice in disaster risk reduction and its capacity to bridge the worlds of humanitarian aid and development.

Risk-informed investments for the resilience of infrastructure and housing, especially for the poor and vulnerable, was the focus of the Leaders’ Forum co-chaired by the President of Mexico, Mr. Enrique Peña Nieto and the UN Deputy Secretary-General, Ms. Amina Mohammed, which concluded on Wednesday.

An overview of the Chair’s Summary was presented by the Mexican Minister for the Interior, Mr. Miguel Angel Osorio Chong, who said the focus of the three days was very much on moving from commitment to action and ensuring coherence across implementation of the Sendai Framework, the Paris Agreement on climate change and other elements of the 2030 Agenda for Sustainable Development.

The Minister hoped that the Global Platform would lead to a worldwide increase in efforts to implement the Sendai Framework for Disaster Risk Reduction.

He also recalled the outcomes of the preparatory days which included a Multi-Hazard Early Warning Conference and a meeting for Small Island Developing States focused on climate change and practical solutions.

Some 4,000 participants and delegations from over 180 countries attended this 5th edition of the Global Platform which was held outside Geneva, Switzerland for the first time and hosted and co-organised with the Mexican government.

It was the first global gathering on disaster risk reduction since the adoption of the Sendai Framework in Sendai, Japan, at a UN world conference in 2015.

Mr. Manuel Bessler, representating the Swiss Agency for Development and Cooperation, paid tribute to the outstanding organization of the Global Platform by the Mexican government, notably for its inclusive nature and the prominence of private sector participation.

He extended a warm welcome to delegates to attend the 6th edition of the Global Platform in Geneva, Switzerland, in 2019, when the focus would be on progress made in further implementing the Sendai Framework and acting on the recommendations in the Chair’s Summary.