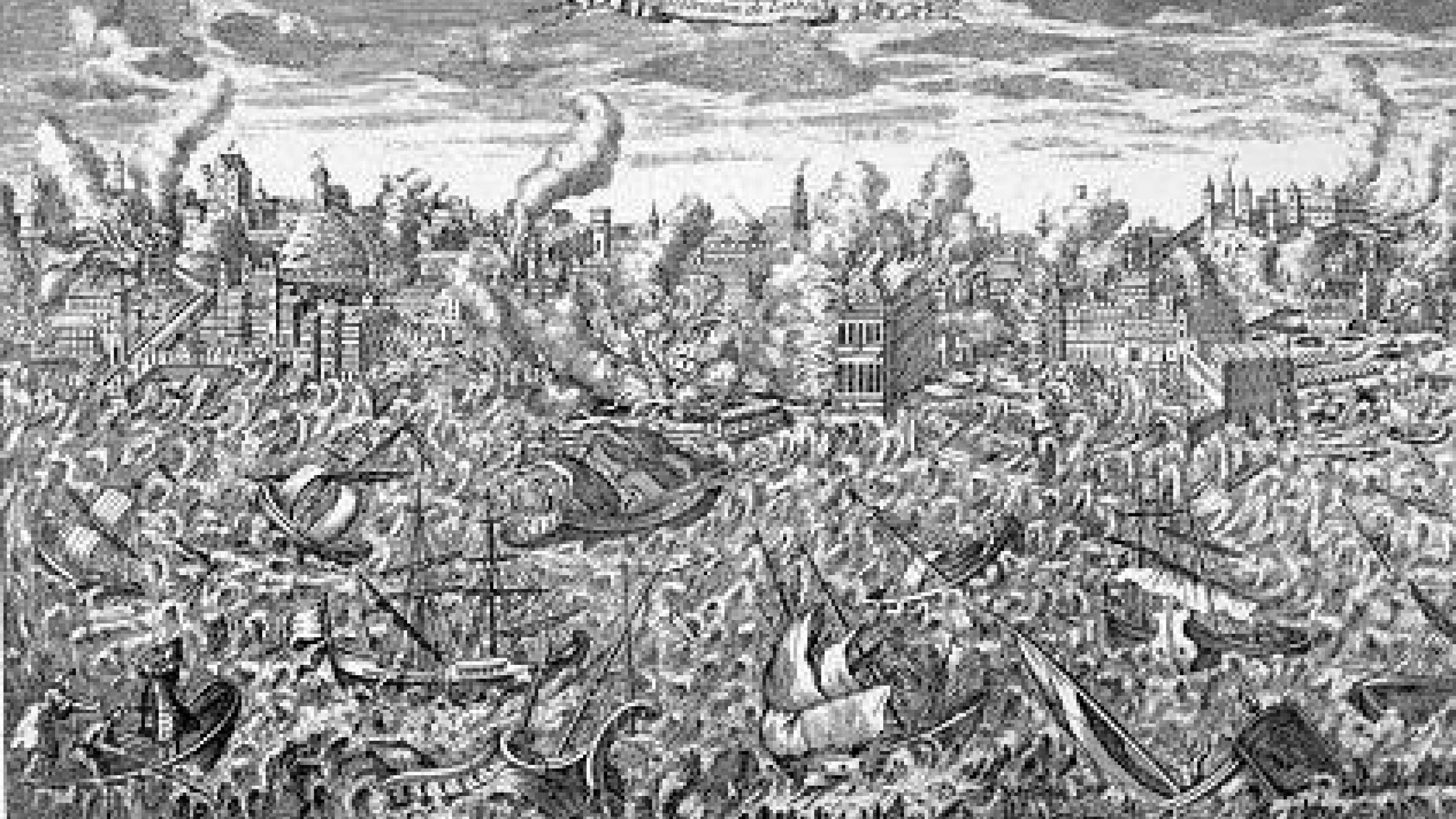 The 1755 Lisbon earthquake and tsunami claimed tens of thousands of lives. Tsunami risk has a low profile in Europe, but the North Atlantic, Mediterranean and Black Sea coasts have been hit by deadly waves throughout history.

BUCHAREST, 27 September 2016 – Nations on the Atlantic, Mediterranean and Black Sea have decided to bolster their tsunami warning systems by giving France, Greece, Italy and Turkey a regionwide alert role.

The decision came at a meeting of the 39-country Intergovernmental Coordination Group for the Tsunami Early Warning and Mitigation System in the Northeastern Atlantic, the Mediterranean and Connected Seas – the ICG/NEAMTWS – which is part of the Intergovernmental Oceanographic Commission of UN science agency UNESCO.

An estimated 130 million people live on the ICG/NEAMTWS countries’ coasts, which also span the Adriatic, Aegean and Sea of Marmara, and the numbers swell in the tourist season. The role of the region’s ports in international trade also makes it crucial to address risk.

“This is a milestone, but it is not the end,” said Mr. Jörn Behrens, a professor from the geosciences division of the University of Hamburg in Germany, who oversaw the assessment process of the French and Italian tsunami units. His countryman Mr. Alexander Rudloff, of the Potsdam-based GFZ geosciences research centre, steered the assessments of the Greek and Turkish equivalents.

It is critical to ensure a smooth flow from the science side to policymaking and the public, who need to understand how to react in the event of a warning, delegates underlined.

Public understanding of tsunami risk is another focus of the three-day meeting in the Romanian capital Bucharest. The session comes just weeks before the first World Tsunami Awareness Day on 5 November, and ahead of International Day for Disaster Reduction on October 13, the focus of which is reducing disaster mortality.

Tsunamis, normally sparked by undersea earthquakes, are relatively rare. But they can also be extremely deadly: in the past 100 years, 58 have claimed more than 260,000 lives, or an average 4,600 per disaster, surpassing any other natural hazard.

The highest toll was in the December 2004 Indian Ocean tsunami. It caused an estimated 227,000 fatalities in 14 countries, with Indonesia, Sri Lanka, India and Thailand hardest-hit. With 9,000 tourists from dozens of other nations among the victims, it was the worst recorded global-level disaster triggered by a natural hazard.

In the wake of the tragedy, the international community moved to create new regional tsunami warning systems.

“Due to the 2004 Indian Ocean Tsunami, there was considerable international aid for the development of a warning system in that region. In the Caribbean and NEAM region, the development has been steady but slower,” Mr. Thorkild Aarup, head of UNESCO’s Tsunami Unit, told the meeting.

“The tsunami warning systems that have been put in place in the Pacific, Indian Ocean, Caribbean and NEAM regions are intended to be in place beyond the careers of anyone in this room.”

“We have a dense network, thanks to cooperation with our neighbouring countries,” said Mr. François Schindelé, of France’s CENALT alert centre, set up in 2009. The region is home to a web of seismic monitors, buoys and tide monitors, and efforts are underway to bridge gaps in its North African member states and parts of the Balkans.

Tsunamis might seem an unlikely prospect to most residents of the North Atlantic, Mediterranean and Black Sea coasts. But the region has been hit throughout history.

The most notorious was caused by the Lisbon earthquake of 1755. It slammed into the shake-damaged Portuguese capital, other cities along the country’s coast and parts of Spain and Morocco.

Tens of thousands of people died, in what is believed to be the second-deadliest tsunami in history. It had a powerful influence on the 18th Century Enlightenment, being deployed by French philosopher Voltaire in his work “Candide”, and is thought to have crafted new landscapes as far away as Ireland.

Portugal is preparing to take on a regional role along with the countries already chosen.

In more recent history, Italy’s 1908 Messina earthquake and tsunami cost tens of thousands of lives. Another wave, caused by the collapsing flank of the Stromboli island volcano in 2002, could have been a major disaster had it occurred during the summer tourist season rather than December.

“The risk associated with this phenomena in the Mediterranean sector is increased by the extremely short distance between the tsunamigenic areas and the exposed coast,” leaving less than an hour before a wave hits, said Mr. Dacian Cioloș, Romania’s Minister of Education and Scientific Research.

In the Black Sea, researchers have documented nine tsunamis in the 20th Century, including one after Turkey’s 1999 Izmit earthquake.

Tackling a multitude of hazards as part of a single picture is the core of the Sendai Framework for Disaster Risk Reduction, an international agreement adopted in 2015.