Early warnings for all of Africa 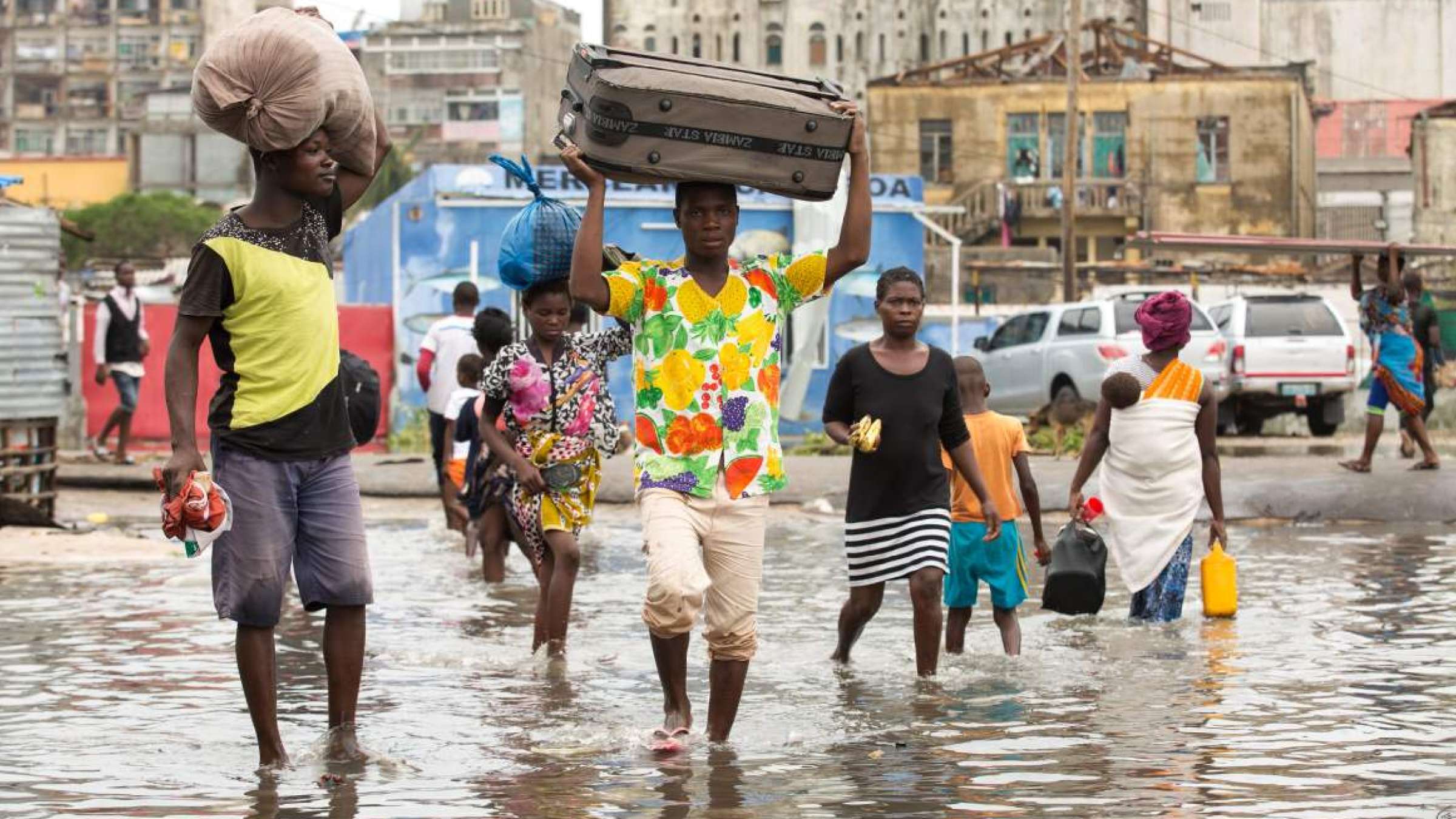 Climate change has accelerated the onslaught of natural hazards, and Africa is particularly vulnerable. 2022 has already seen a torrent of extreme events across the continent, with numerous floods, severe storms, extreme heat and wildfires, drought and famine taking a devastating toll on its people.

But early warning systems can help to protect people from disasters. Countries with substantial to comprehensive early warning system coverage have one-eighth the disaster mortality of those with limited or no coverage, according to recent UNDRR analysis. Sadly, only 40% of Africa is covered by such systems, and even those are compromised by quality issues.

Source:  Global Status of Multi-Hazard Early Warning Systems - Target G.  [The boundaries and the designations used on this map do not imply official endorsement or acceptance by the United Nations.]​

"Early warning systems are a proven means to reduce harm to people and damage to assets ahead of impending hazards, including storms, tsunamis, droughts, and heatwaves, to name a few. Multi-hazard early warning systems address several hazards that may occur alone, simultaneously, or in a cascade…. Many systems only cover one type of hazard – like floods or cyclones. As climate change causes more frequent, extreme, and unpredictable weather events, investment in early warning systems that target multiple hazards is more urgent than ever."   – UN warns that half the world is not prepared for disasters

A global commitment to early warnings for all

On 7 November 2022, United Nations Secretary-General Antonio Guterres joined UNDRR Head Mami Mizutori and WMO Secretary-General Petteri Taalas at the COP27 Summit to announce the Early Warnings for All Executive Action Plan – the UN strategy to extend early warning coverage to all the world’s people by 2027.

“We must invest equally in adaptation and resilience. That includes the information that allows us to anticipate storms, heatwaves, floods and droughts.” Mr Guterres said.

“To that end, I have called for every person on Earth to be protected by early warning systems within five years, with the priority to support the most vulnerable first.”

WMO's Petteri Taalas noted that while the plan calls for an investment of US$ 3.1 billion, the benefits far outweigh the costs.

“Such progress is only possible with modern science, sustained systematic observing networks, daily international exchange of quality data, access to high-quality early warning products, the translation of forecasts into impacts, plus advances in telecommunications.”

Africa rises to the challenge

A few days before the announcement in Egypt, some 3,000 km south-west in Niger, the African Centre of Meteorological Applications for Development (ACMAD) inaugurated a new Continental Multi-Hazard Advisory Centre.

This new centre, developed with technical support from UNDRR, forms a component of the African Multi-Hazard Early Warning System for Early Action, and connects with situation rooms already established in Nairobi in October 2021, and in Addis Ababa in February 2022.

The Southern African Development Community (SADC) is also moving ahead, and in September 2022 made a commitment to enhance early warning and early action in their region, encouraging better coordination among national, regional and international entities as well as private partners involved in disaster related activities, and facilitating swifter humanitarian assistance in response to scientific evidence of impending hazards.

These initiatives are a promising start. However, meeting the target of extending early warnings to all in Africa will call for greater investment – both in terms of financial resources and political commitment.

Regional and cross sectoral cooperation is essential, involving a suite of players including national governments, regional bodies, and the private sector.

Mozambique’s President Filipe Jacinto Nyusi, who was recognized by the African Union in April 2022 as Champion for Disaster Risk Management, noted the importance of regional coordination in the face of extreme events.

“Disasters respect no borders, they affect all nations and communities,” he said at the Maputo commemoration of the International Day for Disaster Risk Reduction on 13 October 2022.

“This Executive Action Plan sets out the concrete way forward to achieve this goal. It describes how the United Nations system and a wide range of partners will work together to effectively deliver on this objective.”
– Antonio Guterres, Foreword to the Early Warnings for All Executive Action Plan

The Plan explicitly calls for greater engagement in partnerships and initiatives in which UNDRR plays an active role, such as the Climate Risk and Early Warning Systems (CREWS) initiative, the Risk-Informed Early Action Partnership (REAP), and the Centre of Excellence for Climate and Disaster Resilience. These collaborations, working with national governments and regional organisations such as the African Union, are beginning to make progress in extending coverage.

In August 2022 the CREWS initiative launched its Horn of Africa project to build regional and national entities’ capacities to produce and use climate, weather, and hydrological services, including early warning systems in Ethiopia, Somalia, and Sudan.

Early warnings for the most vulnerable

The Centre of Excellence for Climate and Disaster Resilience was set up by UNDRR and WMO to strengthen global efforts to transform climate-related scientific knowledge and tools into action – with a specific focus on increasing access to multi-hazard early warning systems for those in least developed countries, small island developing states, and land-locked developing countries, many of which are in Africa.

“The Centre of Excellence will also promote efforts to better understand the importance of improving the collection of loss and damage data especially in developing countries so policymakers can invest scarce resources in the right areas to mitigate and prevent future disaster events and to reduce existing levels of risk. This will help to guide international cooperation to developing countries desperately in need of financial support for climate change adaptation and improved disaster risk management.”
– Mami Mizutori

At COP27, the Centre held discussions on the transformational interventions needed in highly vulnerable and fragile areas to move back from the edge and address central issues such as water stress, including related to early warning, anticipatory action, loss and damage. Looking ahead, the Centre is working on a set of “solution packages” to bring together a broad range of comprehensive risk management tools and interventions, encompassing DRR, climate change adaptation, humanitarian and development actions that reduce the potential impacts of climate related hazards.