A world with zero climate disasters needs early warnings for all 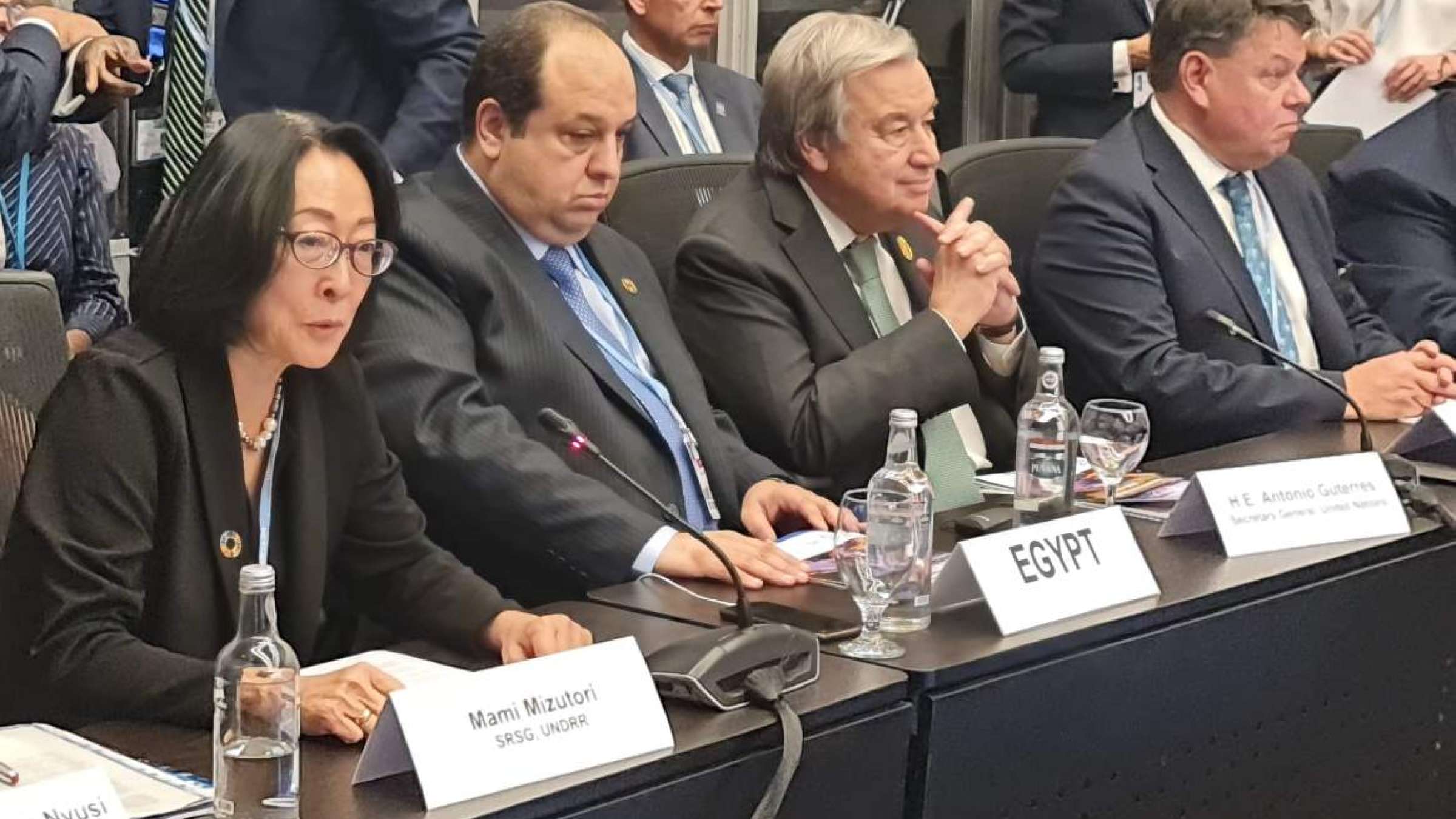 Early warning systems are a pivotal component of UNDRR’s strategy to move towards a world with zero climate disasters. The Action Plan announced at COP27 by UN Secretary-General Antonio Guterres – to put in place early warning system global coverage within five years – is a firm step in the right direction.

Increasingly extreme weather is a reality. While reducing emissions to slow climate change is essential, so too is action to ensure that climate-related hazards don’t become disasters.

“We must invest equally in adaptation and resilience. That includes the information that allows us to anticipate storms, heatwaves, floods and droughts.” Mr Guterres said.

“To that end, I have called for every person on Earth to be protected by early warning systems within five years, with the priority to support the most vulnerable first.”

Special Representative to the Secretary-General for Disaster Risk Reduction Mami Mizutori noted that those with least early warning system coverage are those that need it the most.

“One of the most important aspects of our work in the United Nations is advocating for the most vulnerable,” Ms Mizutori said.

“Right now, the countries that have contributed the least to creating the climate crisis are bearing the heaviest disaster losses. These are also the countries with the weakest early warning systems.”

The Early Warnings for All Action Plan calls for initial targeted investments of US$3.1 billion between 2023 and 2027 – around 50c for each person to be covered.

According to the Global Commission on Adaptation, an investment of US$800 million on early warning systems in developing countries could avoid losses of $US3–16 billion per year.

“These increasing calamities cost lives and hundreds of billions of dollars in loss and damage. Three times more people are displaced by climate disasters than war. Half of humanity is already in the danger zone,” said Mr Guterres.

“Such progress is only possible with modern science, sustained systematic observing networks, daily international exchange of quality data, access to high-quality early warning products, the translation of forecasts into impacts, plus advances in telecommunications,” he said.

The Action Plan lays out four main areas for investment: 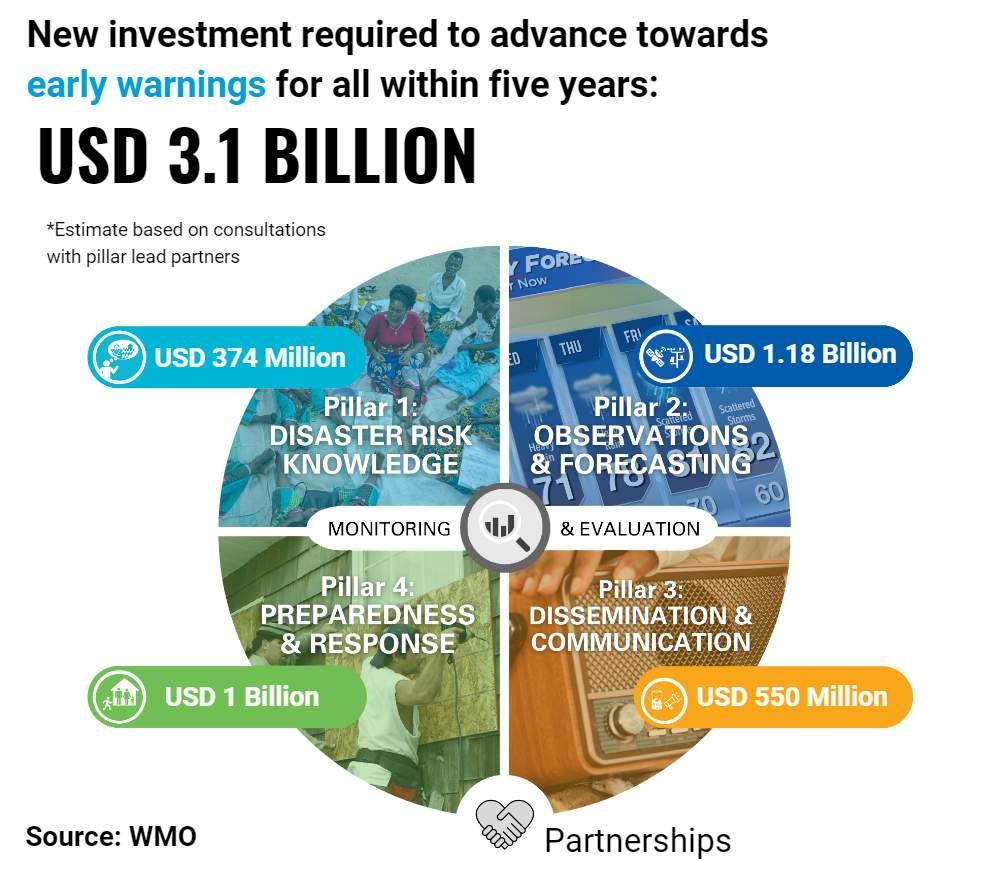 A global effort to tackle vulnerability

The UN Office for Disaster Risk Reduction (UNDRR) seeks to ramp up global efforts to tackle vulnerability and exposure to climate risks, with a focus on those countries and communities on the frontlines of the climate emergency – with the goal of reducing to zero the number of climate disasters by 2030.

Ms Mizutori pointed out that those communities most prone to disasters are those without early warning systems, or with poor or ineffective coverage.

“At the same time, poverty, inequality, the rolling back of human rights and unsustainable development are exposing communities everywhere to ever greater impacts of the climate crisis. We must double down on efforts to tackle these,” she said.

“If we do, we can create a world with zero climate disasters.”

It acknowledges the role that poverty plays in increasing vulnerability to hazards, and calls for focused efforts to reduce vulnerability and inequality, by achieving the Sustainable Development Goals. Comprehensive risk management needs to be scaled up, so that risks are better understood and managed. Local community involvement is vital, and action needs to be inclusive.

Early warning systems need to be in place, and plans developed to take early action when a hazard is forecast.