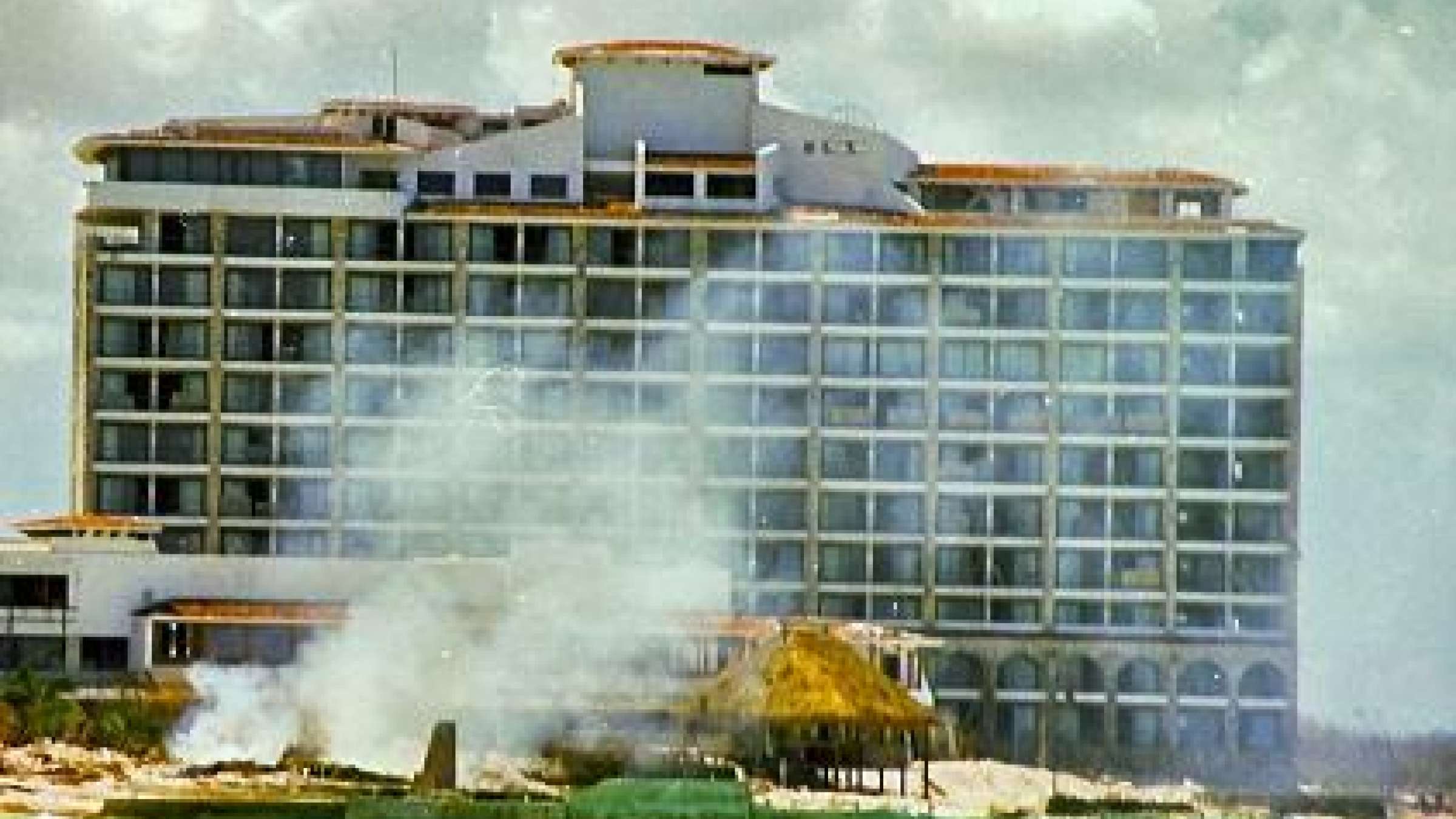 CANCUN, Mexico, 5 April 2017 - In a nation where tourism represents close to one-tenth of the economy, the issue of Mexico’s hotel trade’s resilience to natural hazards is top of the list.

It’s fitting that Cancun is hosting the 2017 Global Platform for Disaster Risk Reduction next month, given that all 175 of the Caribbean resort’s hotels are built to withstand a category 3 hurricane.

Cancun also has 24 hurricane-proof shelters that can cater for 17,000 tourists and hotel guests, in case they have to evacuate their hotels in the storm season.

“Every year before the hurricane season starts, we convene a committee with representatives of hotels, tourism authorities and the Civil Protection department, and check and review all 24 shelters to see if they need to be upgraded or taken off the list," said Mr. Luis A. Lomelin, Head of Civil Protection in Cancun.

“We have identified a number of schools for their resilience and connected them with hotels. It is a real win-win situation for both partners,” said Mr. Lomelin.

“The hotel complies with its security and safety measures, which are mandatory by law, and the school has a chance to see its resilience upgraded and protected with ante and post ante prevention measures. The government pays for measures such as upgrading windows and protecting them against wind and storms.”

Mr. Luis Perfecto Gamboa, the owner of Escuela Diuni in Cancun, is proud that his school has been selected as a hurricane shelter for hotel clients.

“It’s our way of participating in the life and security of Cancun, and I think for us it’s an added value too,” he said.

The hotel clients are not meant to stay long in such refuges, but at least will find some comfort and security before being transported to other safe locations.

“In Cancun, we have between 4 and 5 million tourists per year and we take their security very seriously,” said Mr. Francisco Lopez, Director of the Tourism Authority in Cancun.

Tourism is a key sector in Mexico, with Cancun the country’s second-ranked destination after Mexico City, and ahead of Acapulco. In 2015, tourism revenues accounted for 8.5% of Mexico’s gross domestic product, created 800,000 jobs directly, and 1.2 million jobs indirectly.

“It is in our interest to make sure that all tourists and residents are safe. We all remember Hurricane Wilma and how badly Cancun was affected, and we certainly do not want to repeat that situation. At the time, many people lost their jobs and it took months for them to recover,” said Mr. Lopez.

In October 2005, Hurricane Wilma damaged more than 80% of the hotels in Cancun, marking a serious blow to the local and national economies.

Reducing economic losses is a key goal of the Sendai Framework for Disaster Risk Reduction, a 15-year agreement adopted by the international community in 2015.

Today, many prevention measures have been implemented to improve hotel safety. Almost every tourist facility or resort in Cancun and the surrounding Riviera Maya has a contingency plan to at least evacuate and transfer guests to an authorised shelter.

“We cannot fully guarantee the safety of all tourists, as we cannot always foresee the direct trajectory of hurricanes. But we do have efficient early warning systems and preparedness measures in place which will give us enough time to evacuate people at risk and protect their lives,” said Mr. Lomelin.

Mexico is exposed on average to 23 hurricanes per year, between May and November.

In 2015, the country’s faced its most powerful hurricane on record: Patricia, which struck the Pacific coast. A category 5 storm, Patricia brought winds of 345 kilometres per hour, but Mexico’s “zero casualty” approach paid off.

Such extremes are rare, but climate change is believed to be stoking the frequency and intensity of hydro-meteorological hazards around the world.

“We need to be well prepared to face such events,” said Mr. Lomelin. “Experts are predicting more severe and more frequent weather-related disasters in the future and we certainly do not want to be taken by surprise."

As in other tourist destinations, Mexico’s hotels are also considered critical infrastructure, the protection of which is another tenet of the Sendai Framework, and will the focus of a special session of the 2017 Global Platform for Disaster Risk Reduction.

The UN Office for Disaster Risk Reduction’s Asia-Pacific arm, together with the Pacific Asia Travel Association and German international cooperation body Deutsche Gesellschaft für Internationale Zusammenarbeit, or GIZ, has developed a set of standards to help hotels and resorts to be safer against disasters. They are being piloted in the Philippines and will be soon tested in other tourist locations.

The hope is that resilience can also become a competitive and marketing advantage.