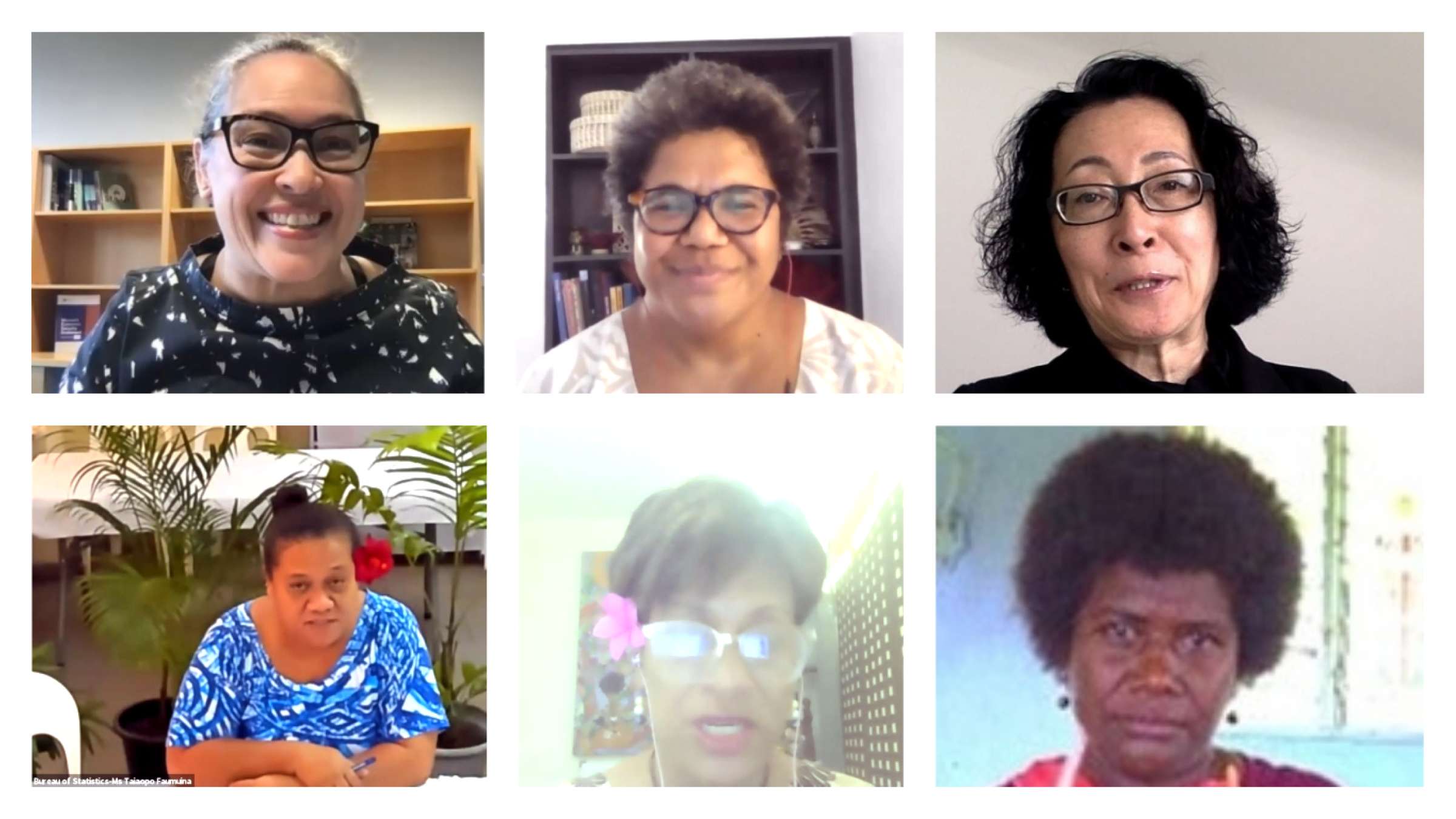 Panelists of the side event
UNDRR

Suva – Producing and using disaggregated disaster and climate data is vital to build a resilient Blue Pacific that includes some of the region’s most vulnerable populations.

This was the headline call from female leaders representing different sectors to policymakers and practitioners across the region.

The ‘Counting women: using disaggregated data to build a resilient and inclusive Blue Pacific’ side event as part of the 14th Triennial Conference of Pacific Women heard how such information is critical to strengthen disaster resilience.

“Good data collection sits at the heart of our understanding of disaster and climate risks and it is vital to ensure that gender equality is embedded in national and local strategies for disaster risk reduction,” said Ms. Mami Mizutori, the UN Secretary-General’s Special Representative for Disaster Risk in her opening message.

Ms. Mizutori added that improving the collection and use of disaggregated data based on sex, age, and disability is critical. She underscored the importance of stronger partnerships, protocols and guidelines, capacity building, and diverse leadership and participation, to improve data collection and use.

H.E. Ms. Julie-Ann Guivarra, Australia’s Ambassador for Gender Equality, echoed this message: “Quality data has the power to inform, to transform our actions. Data about inequalities is going to be instrumental if we want disaster risk reduction efforts to give voice to women’s agencies, to people with disabilities, and other marginalised peoples."

“Women and girls can propose, design and lead transformative solutions of disaster resilience, and they can build more sustainable, secured, and driving community”.

Amb. H.E. Guivarra recommended that Pacific countries consider the following: a holistic and systematic whole-of-government approach; investment in data and risk analytics and in collaboration with civil society; and inclusion of needs and priorities of women, men, boys and girls and diverse gender identity groups.

Ms. Susan Grey, Executive Director of femLINKPacific, from Fiji, explained the importance of “talanoa”, Fijian storytelling and facilitative dialogue. Often women are told that they have too much talanoa, but with the talanoa, civil society can understand women’s needs and do transformative work.

She recommended Pacific states agencies and bureaus of statistics to collect disaggregated data, and make these publicly available, transparent, and regularly published. She also underlined the importance of collaboration with women’s organisations, and women’s data disaggregated by ethnicity.

Ms. Taiaopo Faumuina, the Assistant Chief Executive Officer for the Division of Census, Survey and Demography, the Samoa Bureau of Statistics, explained the importance of collecting data by different demographic information such as sex, age, geography, and other selected variables.

She added that this data assists in time of analysis and report writing to inform policy makers and planners of the types of people affected by any disaster.

Ms. Faumuina suggested to set up a Pacific Group on Disaster Statistics where all national disaster management offices and national statistics offices share their experiences, the kind of data they collect, and how their data assist decision makers.

In a video message, Ms. Ruth Timauku, Provincial Disaster Coordinator in Makira Ulawa Province, Solomon Islands, talked about the progress of Gender Inequality of Risk Project. The initiative is funded by the Government of Australia and implemented by United Nations Office for Disaster Risk Reduction (UNDRR), UN Women, the International Federation of Red Cross and Red Crescent Societies (IFRC), and Solomon Islands Red Cross. Gender and disaster risk profiles have been developed through a series of consultation with stakeholders.

She highlighted how Pacific countries have stepped up their use of the Sendai Framework Monitor to record disaster losses and assess national strategies to reduce disaster risk. All 14 UN member states in the Pacific have now reported targets using the Monitor. Six countries reported disaggregated data by sex.

The side event “Counting women: using disaggregated data to build a resilient and inclusive Blue Pacific”, during the 14th Triennial Conference of Pacific Women, was hosted by UNDRR Pacific Office; the Women's International Network for Disaster Risk Reduction (WIN DRR); Geoscience, Energy and Maritime Division of the Pacific Community; and Department of Foreign Affairs and Trade, Australia.

More than 100 people across the world, including those connected from national venues in eleven countries and territories.