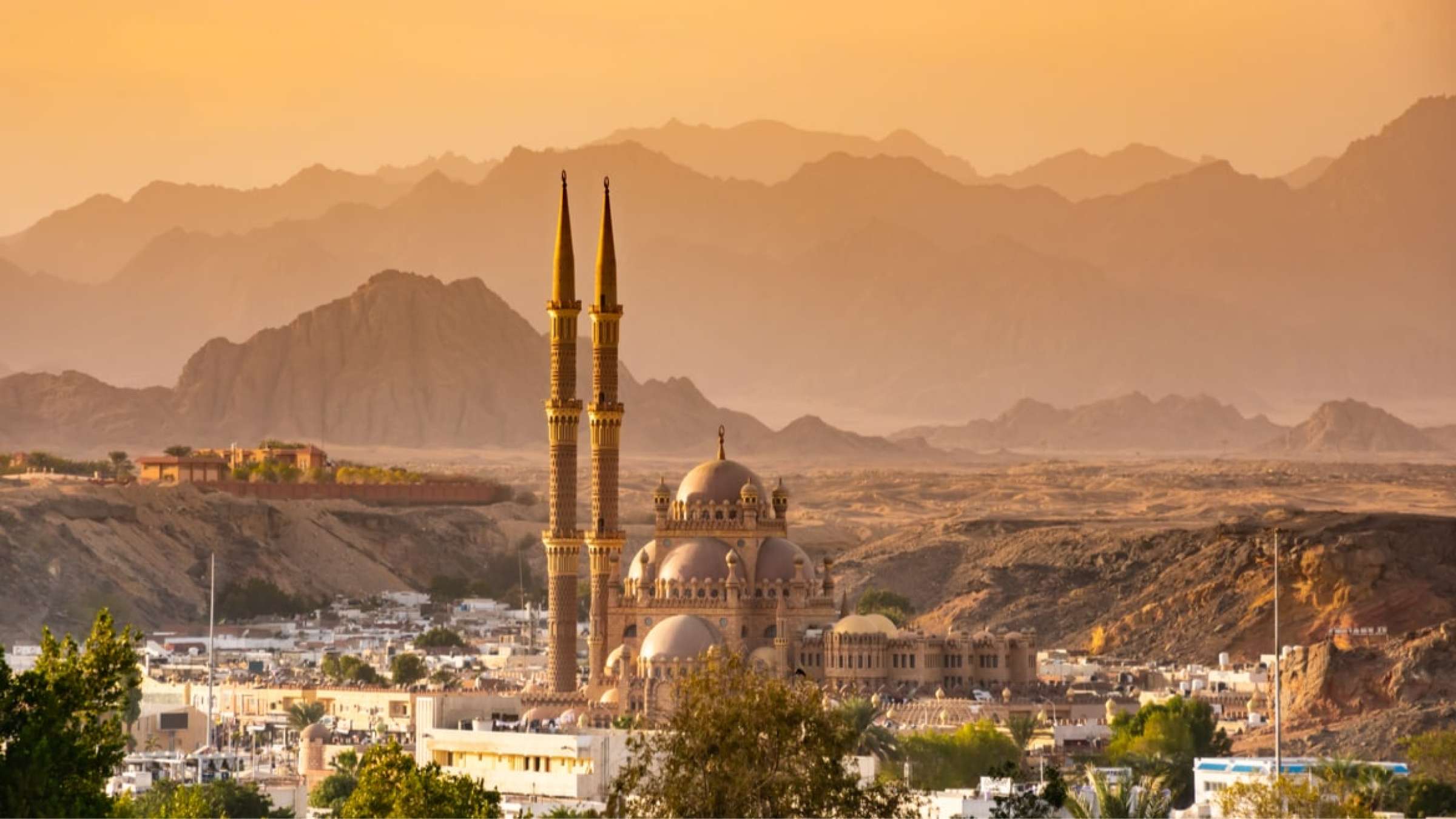 COP27 host Sharm El-Sheikh has set its sights on being recognized as a global leader in urban disaster resilience.

The Egyptian city is committed to becoming a Making Cities Resilient 2030 Resilience Hub by the time tens of thousands of delegates from around the world convene at the southern tip of the Sinai Peninsula for the annual UN Climate Change Conference in November.

As part of its effort to achieve this ambition, a senior delegation of the national government, governorate and city officials have travelled to Incheon, Republic of Korea, to learn from an established leader in urban disaster resilience.

On a tour of Incheon’s crisis management centre, the Sharm El-Sheikh delegation received a real-time briefing on how the Korean city had coped with this ongoing extreme weather event.

“We look forward to sharing our experience and cooperating in future with Sharm El-Sheikh in the future as part of MCR2030,’ Mr Park said.

The Head of the Sharm El-Sheikh delegation Secretary-General of the Governorate of South Sinai Major-General Ayman Sherrif said Incheon provided a great example for Sharm El-Sheikh as it seeks to become an MCR2030 Resilience Hub.

“Sharm El-Sheikh is committed to take action to address climate and disaster risk and to lead by example,’ he said. ‘We will identify a number of best practices and areas to strengthen and share with other cities undertaking their own resilience journey. We are fully committed to MCR2030.’ 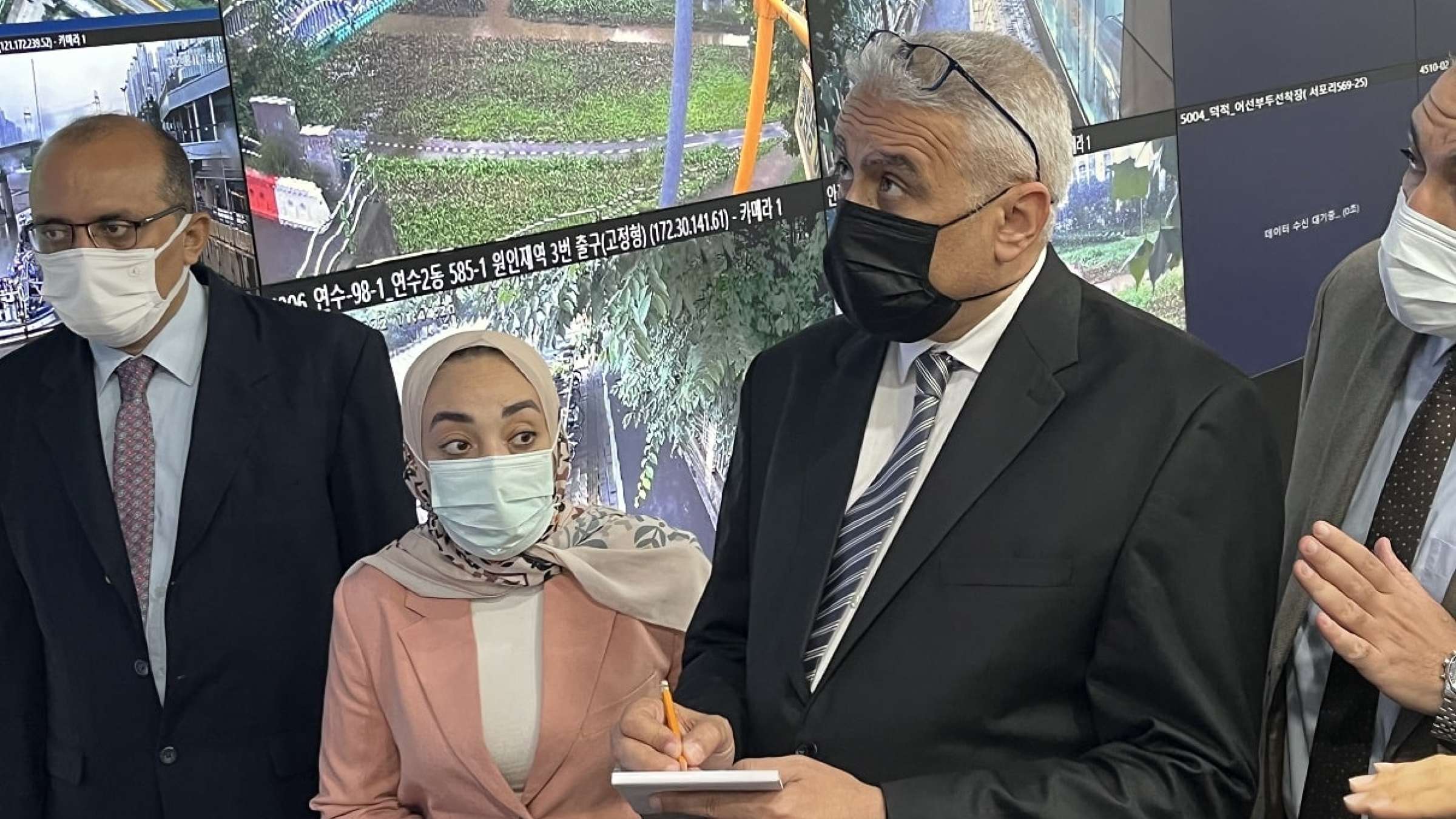 The Secretary-General of the Governorate of South Sinai Major-General Ayman Sherrif takes notes during today’s tour of Incheon City’s crisis management centre. The visit coincided with the heaviest rains in 115 years in South Korea.
UNDRR

Mr Sanjaya Bhatia, head of UNDRR’s Global Education and Training Institute and Office for North-East Asia, in Incheon, said: “We are delighted to support the host of COP27 – Sharm El Sheikh – to have this opportunity to learn from Incheon on how to implement climate and disaster resilience.”

“Our future is urban, and MCR2030 Resilience Hubs are living examples of how cities can make this future a resilient one.”

Sharm El-Sheikh outlined its 27-step plan of a sustainable transformation programme that includes a scale-up in solar power; development of green space in the inner city; protection of its cultural heritage from climate and disaster risk; and comprehensive plans to strengthen water and waste management.

The city is drawing from this programme as part of its application for Resilience Hub status. Its MCR2030 action plan includes a commitment to host an international conference after COP27 on urban resilience. In tandem, it will liaise with COP28 host Dubai to ensure that urban resilience remains a key part of the international climate agenda.

Sharm El-Sheikh also prides itself on being a ‘city of safety and care’ for the visitors it attracts from all over the world. In February, at the outbreak of war in Ukraine, the tourism hub offered a safe haven to the 2,500 Ukrainian tourists who were visiting at the time.

Incheon is the first MCR2030 Resilience Hub in the Asia Pacific. It has a proud track record of disaster resilience leadership in several areas, including heatwave and flood management and a high level of digitization and integration of its disaster preparedness/ response system.

MCR2030 is a United Nations-convened global network that has mobilized 1,304 local governments with a combined population of more than 377 million people.

Related information
Related links
See here on how to sign up as a Resilience Hub
Resilient megaprojects – Ismailia, Egypt
Safe and Smart City: Incheon is recognized as a Role Model City
The Head of UNDRR discusses with Egypt strengthening cooperation and supporting its presidency of the COP27
Incheon City is the first Resilience Hub in Asia-Pacific
Keywords
Themes
Urban Risk & Planning
Country & Region
Egypt
Korea, Rep of