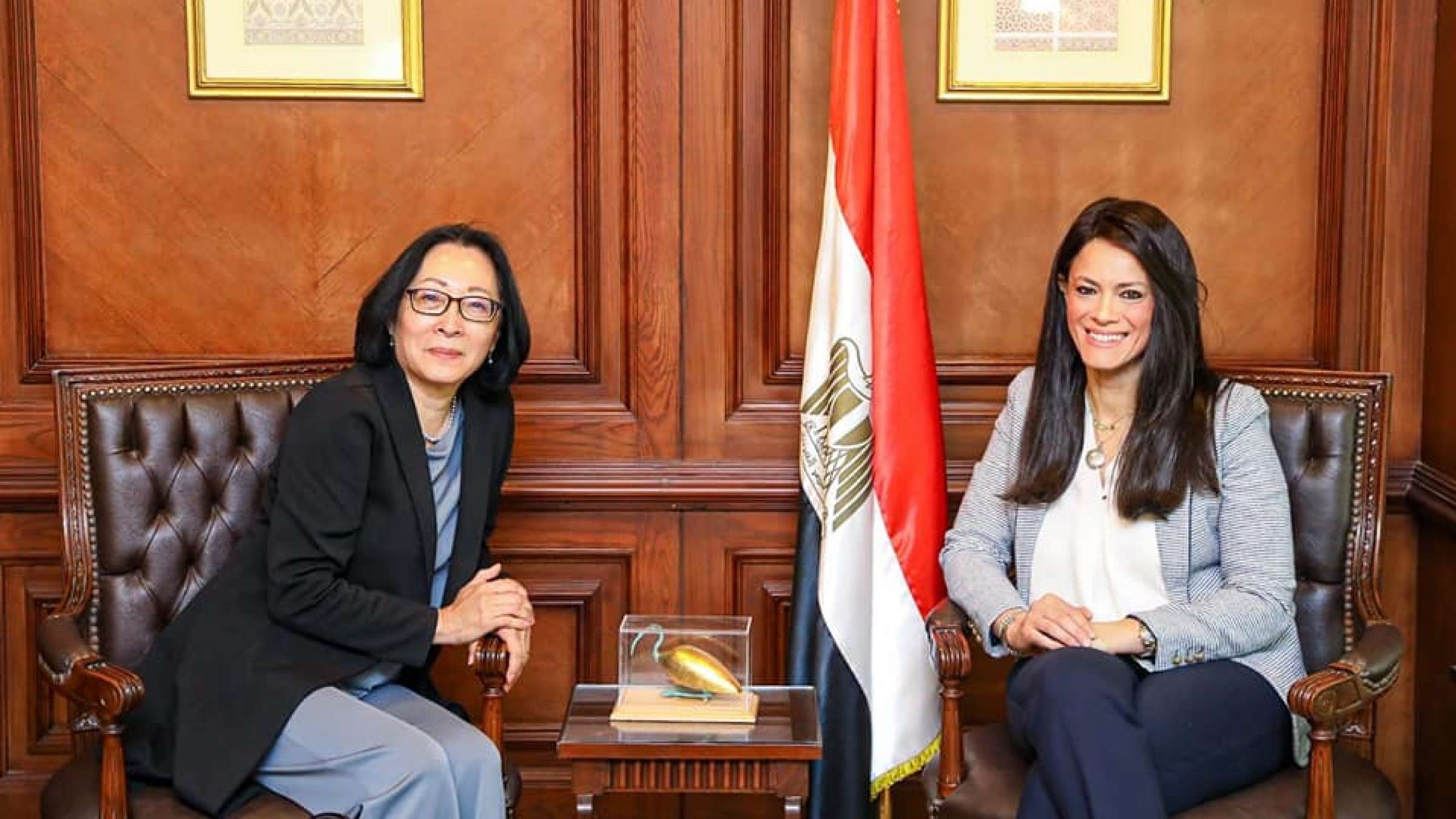 With the aim of strengthening the successful partnership with the Government of Egypt and exploring ways to move forward towards COP27, which will be held in Sharm El-Sheikh in November 2022, Ms. Mami Mizutori, Special Representative of the Secretary-General and the Head of UNDRR, paid an official visit to Egypt from 8 to 9 May 2022 and met with representatives of the Egyptian government, members of the United Nations team in Egypt, and partners.

Ms. Mizutori praised Egypt's leadership on setting the climate action agenda during a consultative meeting at the Ministry of Foreign Affairs with Ambassador Wael Abul-Magd, Egypt's Ambassador to Brazil and the Special Representative and President-designate of COP27 and Ambassador Mohamed Nasr, Director of the Environment and Sustainable Development Department.

She discussed ways to enhance cooperation with Egypt on a number of areas, including highlighting disaster risk reduction in COP27, enhancing climate change mitigation and adaptation, Loss and Damage reporting, and reviewed the priorities of the United Nations Office for Disaster Risk Reduction in line with Egypt’s Vision 2030.

“I want to reiterate UNDRR’s commitment to support Egypt’s Government in its preparations for the COP27. knowing that building climate resilience requires a whole society approach, UNDRR has identified reducing climate-related disaster risks as a priority for the organization and is playing a critical role in implementing the Glasgow Climate Pact as the main COP 26 outcome”, said Ms. Mizutori.

As part of her visit, Ms. Mizutori met the Minister of International Cooperation, Dr. Rania Al-Mashat, and the Minister of Environment, Dr. Yasmine Fouad, where the discussions touched upon the ways to enhance cooperation between UNDRR and Egypt, the Midterm Review of the Sendai Framework for Disaster Risk Reduction 2015-2030, as well as UNDRR’s support for Egypt's presidency of the COP27. They also discussed supporting Sharm El Sheikh city to become the first Resilience Hub in Africa under the Making Cities Resilient 2030 initiative, as the city prepares to host the COP-27.

Ms. Mizutori praised the work of the Government of Egypt on addressing water-related risks and challenges during her opening remarks at the Consultation on Water and Adaptation at COP27 that was organized by the Ministry of Foreign Affairs on 8 May 2022.

A site visit to the Egyptian Meteorological Authority (EMA) was led by Major General Hisham Tahoun, Chairman of the Board of Directors of the General Authority of Meteorology, where  Ms. Mizutori briefed him on UNDRR work with WMO on the creation of a Centre of Excellence for Climate and Disaster Resilience. Also, she confirmed that UNDRR is working closely with WMO on early warning systems with the African Union Commission on the Roadmap for the Early Warning Systems for the African content.

With a view to the Global Platform for Disaster Risk Reduction, to be held from 23 to 28 May this month in Bali, Indonesia, Ms. Mizutori extended an invitation to Egyptian officials to participate and attend the Platform and contribute to its success.