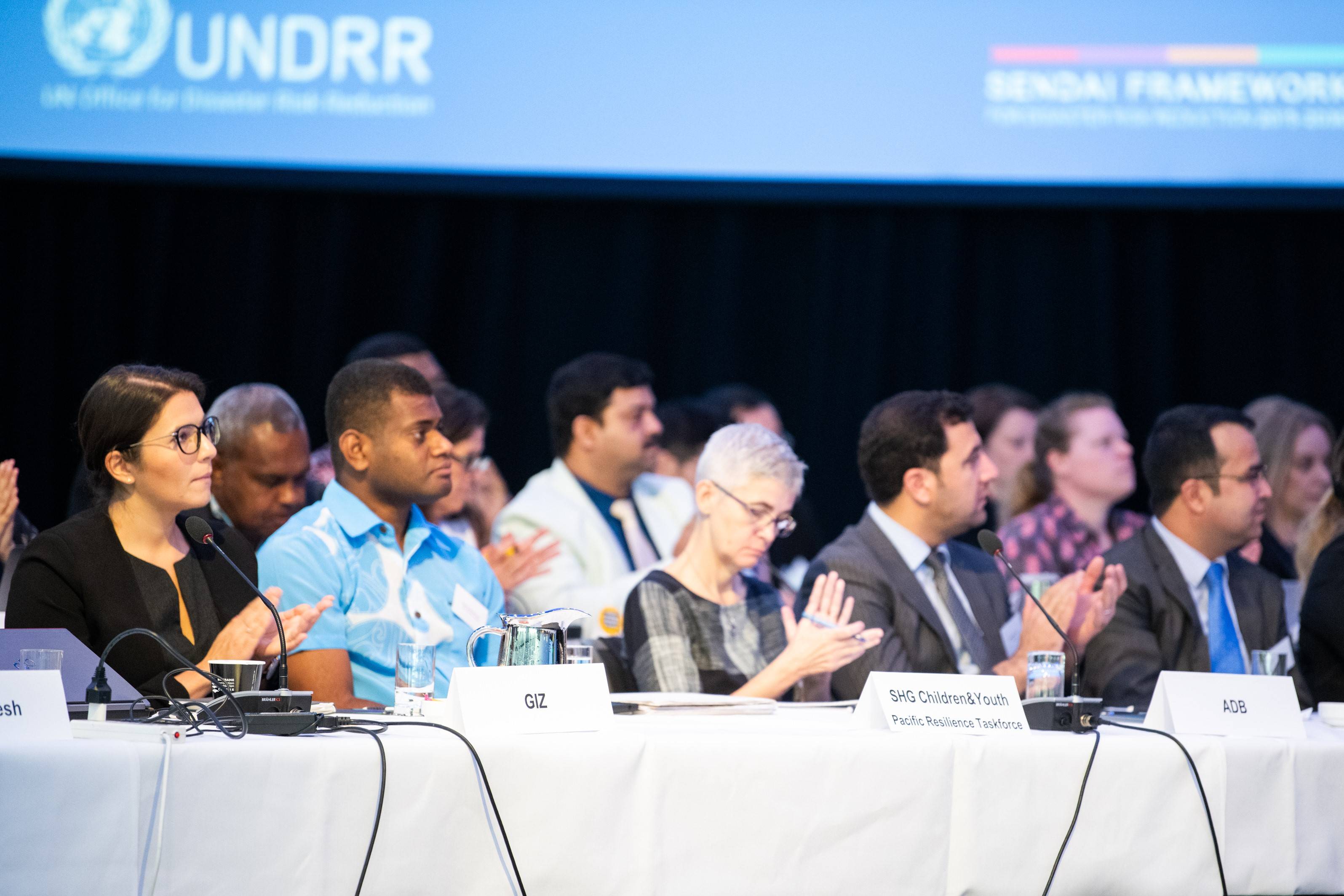 BANGKOK, 19 November 2019 - In the face of growing disaster losses and risk in the Asia-Pacific region, government disaster risk management agencies, international organizations, and civil society groups met in the Australian city of Brisbane last week, to agree on priorities for accelerating action for reducing the risk of disasters.

Nearly five years into the adoption of the Sendai Framework for Disaster Risk Reduction, the Forum met in a year that has witnessed a number of disasters in the Asia-Pacific region and across Australia.

From destructive weather events such as Typhoon Hagibis and Cyclone Fani, which respectively caused billions of US dollars in Japan and India, to the re-emergence of a debilitating months-long drought in Cambodia that threatened the food security and livelihoods of millions. The region is feeling the impact of disasters more than any region in the world.

Participating governments and stakeholders discussed how to accelerate progress on reducing the risk of disasters by leveraging the upcoming Asia-Pacific Ministerial Conference on Disaster Risk Reduction (APMCDRR), to be hosted by the Government of Australia and UNDRR next year in Brisbane.

“Australia shares common challenges with our partners across the region, especially our rural, remote, urban and coastal communities. So we are strongly committed to working with countries in the Asia-Pacific region to improve resilience to disasters, to protect our people and assets, and lock in development gains,” said Mr. Paul Kelly, Assistant Secretary of the Humanitarian Response, Risk and Recovery Branch at the Australian Department of Foreign Affairs and Trade.

Australia is spearheading through a Partnership Framework with UNDRR several capacity building initiatives in Asia and the Pacific. Moreover, it seeks to share its wealth of experience in the areas of managing disaster risk and building community resilience with its regional partners.

The Queensland Reconstruction Authority (QRA), which is based in Brisbane, is currently leading the recovery for a series of devastating bushfires in the state of Queensland. Bushfires are also impacting New South Wales and Western Australia.

The QRA has welcomed the upcoming conference as an opportunity for mutually beneficial exchanges. “We are not only dealing with the effects of climate change and multiple disasters, but we are also using those disasters, and the recovery from those disasters, as a springboard to more resilient communities,” said Mr. Brendan Moon, CEO of the QRA, adding that “the gathering of partners in the Asia-Pacific region provides a real opportunity, not only to share our experiences, but also learn from many of those who have been impacted by significant events.”

“We have to seize the opportunities that are out there and build on the momentum and public demands for action,” said Ms. Loretta Hieber Girardet, Chief of UNDRR in Asia-Pacific, noting that the momentum on climate action and the wave of new investments in infrastructure provide opportunities to ensure that development is informed by disaster and climate risks.

The two-day Forum resulted in a set of priorities that can help all countries accelerate their national and local efforts. These priorities included garnering greater investment in disaster resilience by governments and businesses, ensuring we are building resilient infrastructure and using science and technology to create solutions.

These priorities will be central elements of the 2020 APMCDRR. Participants at last week’s forum agreed that a sense of urgency is needed to increase investment in prevention to get ahead of hazards before they become disasters. Moreover, the region’s accumulated experiences and innovations can be harnessed through better knowledge sharing.

The principle of leaving no one behind will be integrated throughout all elements of the conference. Supporting local action for the creation of location-specific solutions, empowering and protecting the most vulnerable, especially women, children, persons with disabilities and indigenous populations, will be highlighted in a range of dynamic ways throughout the conference. Addressing the unique needs of island, coastal and remote communities, will also be a priority issue.

The APMCDRR is the largest ministerial gathering in the region focused on preventing disasters and building resilience.  It will be hosted in June 2020 in the city of Brisbane, the capital of Australia’s state of Queensland.  The outcomes of the APMCDRR will include a political declaration by the UN Member States, the launch of a two-year regional action plan, and implementation commitments from stakeholders in the region.