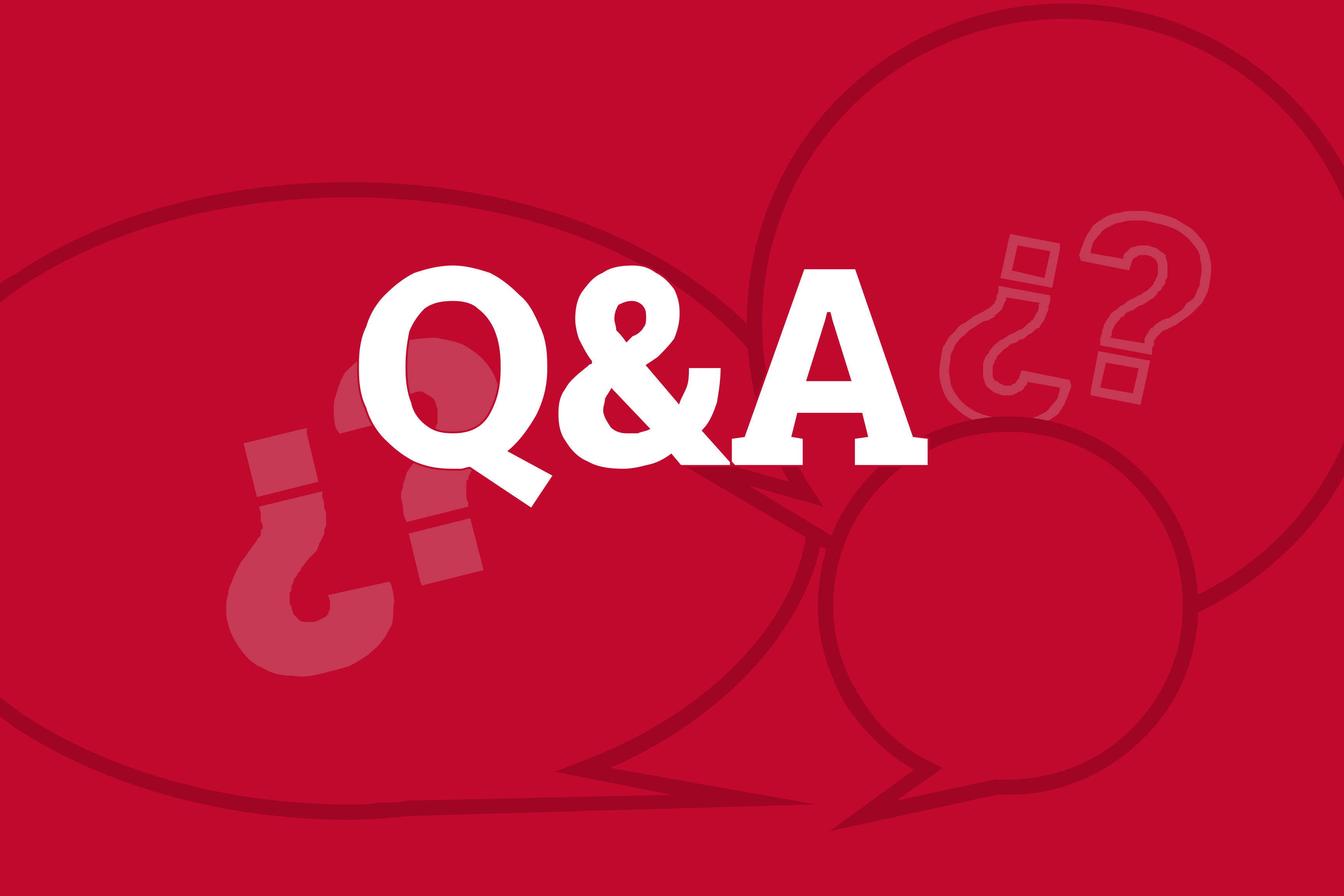 RAR Q&A of Latin America and the Caribbean

What is the RAR and who participated in preparing it?

This first edition of the United Nations Regional Assessment Report on Disaster Risk in Latin America and the Caribbean (RAR) is an initial effort to share the findings on disaster risk management in the region by analyzing the evidence on factors that contribute to risk construction, thereby providing a significant Latin American contribution to the accumulated knowledge on this subject matter.

This document is the product of the joint work of the UNDRR Regional Office for Latin America and the Caribbean, the parties responsible for national and regional policies, and the Latin American community, that developed it with the aim of building more sustainable development policies and dynamics.

How is the RAR divided and what topics does it address?

This first edition of the RAR analyzes what has happened in the region during the past few decades, since the implementation of the UN International Decade for Natural Disaster Reduction (IDNDR) 1990-1999 and up to the Sendai Framework for Disaster Risk Reduction 2015-2030, delving into both the risk drivers and the new dynamics at play in the region that are accelerating the process of risk construction.

The document comprises an introduction, five chapters, and an epilogue, together with other annexes that supplement the understanding of the topic and of regional dynamics. The introduction presents how knowledge of the subject has evolved with the incorporation of risk drivers in order to advance from a disaster management to risk management. It also highlights the contributions of Latin America and the Caribbean to the building of the theoretical and conceptual framework adopted through international policies.

Chapter 1 looks into the various conceptual frameworks adopted by the international community to face disaster risk reduction and analyzes the successes and challenges, from the IDNDR to the Sendai Framework for Disaster Risk Reduction, and the development agendas that have contributed to the subject.

Chapter 2 takes a look back at the main disasters that have occurred in the region in the last 30 years and analyzes their socioeconomic impact. It provides a set of data and statistics compiled for the report, pointing out the factors that build risk. It mentions the COVID-19 pandemic as a reason for nullifying the achievements that the region had made in terms of disaster risk reduction in the past few years.

Chapter 3 focuses on the process of urbanization in the region and the increasing construction of risk in cities, as well as on the impact of climate change on the territorial configuration.

Chapter 4 takes a comprehensive look at risk governance; the inclusion of this concept in national public policies on the basis of an analysis of 26 countries; the gap between budget allocations and the responsibilities in disaster risk reduction assigned to each sector; citizen empowerment; and the territorial approach as a means to address the governance of sustainable development.

Chapter 5 summarizes the key aspects included in the four previous chapters of the report and the challenges of implementing international agreements; the identification of risk drivers; the enhancement of available information; the transformation of governance; and the key future risks for cities in the region.

As an Epilogue, the RAR reviews key concepts in disaster risk reduction in light of the COVID-19 pandemic and introduces the challenges to disaster risk management that will need to be addressed in the future in order to achieve sustainable development.

What does the RAR present about international agreements on the subject of disaster risk management?

The RAR reveals the extent to which international agreements have been strengthened over the past 30 years by transforming the notion of risk and highlighting the importance of identifying disaster risk drivers in the effort to achieve sustainable development.

Fostered by scientists from the natural sciences, the agreements were first expressed in the UN International Decade for Natural Disaster Reduction (IDNDR) 1990-1999, the first systematic effort made by the international community to expand knowledge about threats of natural origin, and thereby reduce disaster occurrences,). The RAR describes the incorporation of the perspectives of prevention and mitigation of disaster risk into the Hyogo Framework for Action 2005-2015 and explains the lessons learned in terms of the systemic and human nature of disaster risks that were incorporated into the Sendai Framework for Disaster Risk Reduction 2015-2030, which aligns with other development agendas, such as the 2030 Agenda for Sustainable Development.

What does RAR indicate about the contributions of Latin America to the understanding of disaster risk?

The RAR acknowledges that Latin America and the Caribbean as one of the regions that most knowledge has contributed most knowledge with respect to disaster risk, particularly on the basis of empirical evidence collected from disasters that have occurred and from the hard lesson learned that the force of nature is not enough to explain the level of devastation caused by some of the major disasters that have taken place.

This social science approach to disaster risk reduction was incorporated in the international agreements, in which human activity was signaled out as the main driver of disasters and creator of risks as it radically transforms territories. Today, Latin America has a growing and diverse community of practitioners and professionals who contribute to an understanding of the issue and of regional specificities.

What is the RAR's conclusion regarding the factors that are driving disaster risk construction in Latin America and the Caribbean?

The RAR reflects the great strides that have been made internationally to incorporate the lessons learned in understanding risk, the processes whereby risk is constructed, and the creation of alliances among society stakeholders to reduce the risk of disasters. Both the Hyogo Framework for Action and the Sendai Framework incorporated the notion of risk drivers or factors underlying risk, which are the causes behind risk construction.

In the coming decades, with Latin America and the Caribbean being the most urbanized region in the world, will see the concentration of risk in urban areas in the coming decades, particularly in medium and small cities where the fact paced growth of slums has not been accompanied by adequate planning and infrastructure modernization and where the risks associated with employment, informality, slums, environmental degradation, and inefficient services are rising.

The RAR concludes that, despite progress made in the reactive response to disasters, there must be a strengthening of risk management practices that incorporate strategies to address the underlying factors that continue to feed risk construction.

What does the RAR point out with respect to climate change and its effects on cities in the region?

The RAR arrives at the conclusion the climate change is greatly contributing to urban risk in Latin America and the Caribbean. Experts indicate that the impact of climate change in the coming decades will be felt in several areas: more fires in densely populated areas; heatwaves caused by the loss of environmental services; greater risk of floods due to the expansion of settlements in areas prone to flooding and to rising sea levels; droughts and hydric stress caused by inequalities in terms of access to, and quality of, the resource; greater recurrence of epidemics and pandemics due to the high levels of environmental degradation: and mass human migration will generate accelerated urban growth and infrastructure overload in some cities.

The RAR indicates that the alternative is the UNDRR World Campaign "Developing a Resilient City: My city is preparing”, which promotes urban development in the context of an integrated approach to sustainable development that includes disaster risk management.

How does the RAR approach the COVID-19 pandemic?

According to the outlook of the RAR, the COVID-19 pandemic has brought to light the fact that its extended impact on the economies and society is the product of conditions of vulnerability that have been accumulating over years in the territory. The report highlights that the extended impact of the pandemic on the economies and society illustrates the systemic nature of disasters.

The RAR posits that the COVID-19 pandemic has most fundamentally affected the vulnerable due to a significant reduction in income levels and the lack of access to basic resources, such as water. The report also sectors within the formal economy, such as subcontractors and independent workers, and women, who are bearing the brunt of an increased, unpaid healthcare workload.

The report calls for a questioning of development models implemented in conditions of normality in search of a radical paradigm shift that digs deeper into the causes that bred a disaster of such magnitude.

What changes in the governance of disaster risk management does the RAR suggest?

The RAR emphasizes the fact that risk reduction and sustainable development on an equal footing with governance, so that all institutional frameworks developed seek to modify the causes that underlie or drive the construction of risk. The report sustains that investing in governance for risk management implies definitely abandoning the reactive, post-disaster approach and critically reviewing the development models being implemented in the region. A pillar of governance for risk management is the incorporation of aspects relating to accountability and citizen participation.

The RAR analyzes the need to incorporate the notion of co-responsibility as part of the governance of disaster risk, so that the obligation to reduce the risk of a disaster is a joint commitment among the various public management stakeholders. An integrated approach to governance requires the clear definition of institutional responsibilities for all elements of risk management, as well as the allocation of technical and budgetary resources that will ensure its implementation and follow-up. The RAR indicates that progress must be made towards building the governance of development from a territorial perspective, so that decisions about development contemplate the resources and characteristics of the places in which they are to be implemented. The report found that public policies in Latin America and the Caribbean encompass instruments related to post-disaster recovery but that there is a need to enhance aspects relating to the identification and reduction of risk.