Resilient cities: the challenge for the next decades

Over 80% of the population of Latin America and the Caribbean lives in cities: the RAR sustains that this is a remarkably high percentage that places the region as the most urbanized region in the world. The report indicates that these cities concentrate not only population, but also the financial capital of countries, the manufacture of consumer items, and business activities associated with transnational corporations. In this regard, cities are the main contributors to national GDP. Nevertheless, Latin American cities also show another face, that of unemployment crises, environmental degradation, inefficient urban services, proliferation of slums, high levels of informal employment, and deteriorating infrastructure. In the view of RAR, these are all indications of a development model that is far from sustainable.

According to the RAR, a key feature of urbanization in Latin America is that the rate of growth of the biggest cities (those of over 500 000 inhabitants) has begun to decelerate, whilst that of medium and small cities (those of fewer than 300 000 inhabitants) has accelerated. This means that, in the coming years, there will be an increasing accumulation of risk in these medium and small cities because this accelerated growth rate is not being accompanied by appropriate planning or modernized service infrastructure. The data that has been compiled indicate that just one third of urban growth has been planned, and this is evident in the extensive environmental degradation found in Latin American cities.

Although many of the cities in the region are exposed to natural hazards due to their location (earthquakes, volcanic activity, and storms), the RAR points out that a significant portion of current risk levels are due to socio-natural hazards, that is, from the radical alteration of physical space due to the uncontrolled urban growth that is placing towns in a state of high vulnerability. Experts assert that “Avenues, houses, and high rises are being built where there were rivers and lakes; slums and high income residential areas proliferate on forest slopes; and malls and supermarkets are being built on areas of natural rainwater infiltration into the subsoil. In its race to gain land, the urban footprint is altering the hydrological cycle, causing floods, and aggravating the seismic or volcanic risk as it expands over geological faults or the slopes of active volcanoes.”[1]

The RAR indicates that climate change is likewise contributing to a large extent to urban risk in Latin America and the Caribbean. The report anticipates that the impact of climate change over the coming decades will be felt in several areas: more fires in densely populated areas; heatwaves owing to the loss of environmental services; higher risk of flooding due to the expansion of settlements in areas that are prone to floods and to rising sea levels; droughts and hydric stress caused by great inequality in the access to, and the quality of, the resource; increased recurrence of epidemics and pandemics due to high levels of environmental degradation; and massive migration that will accelerate urban growth and infrastructure overload in some cities. 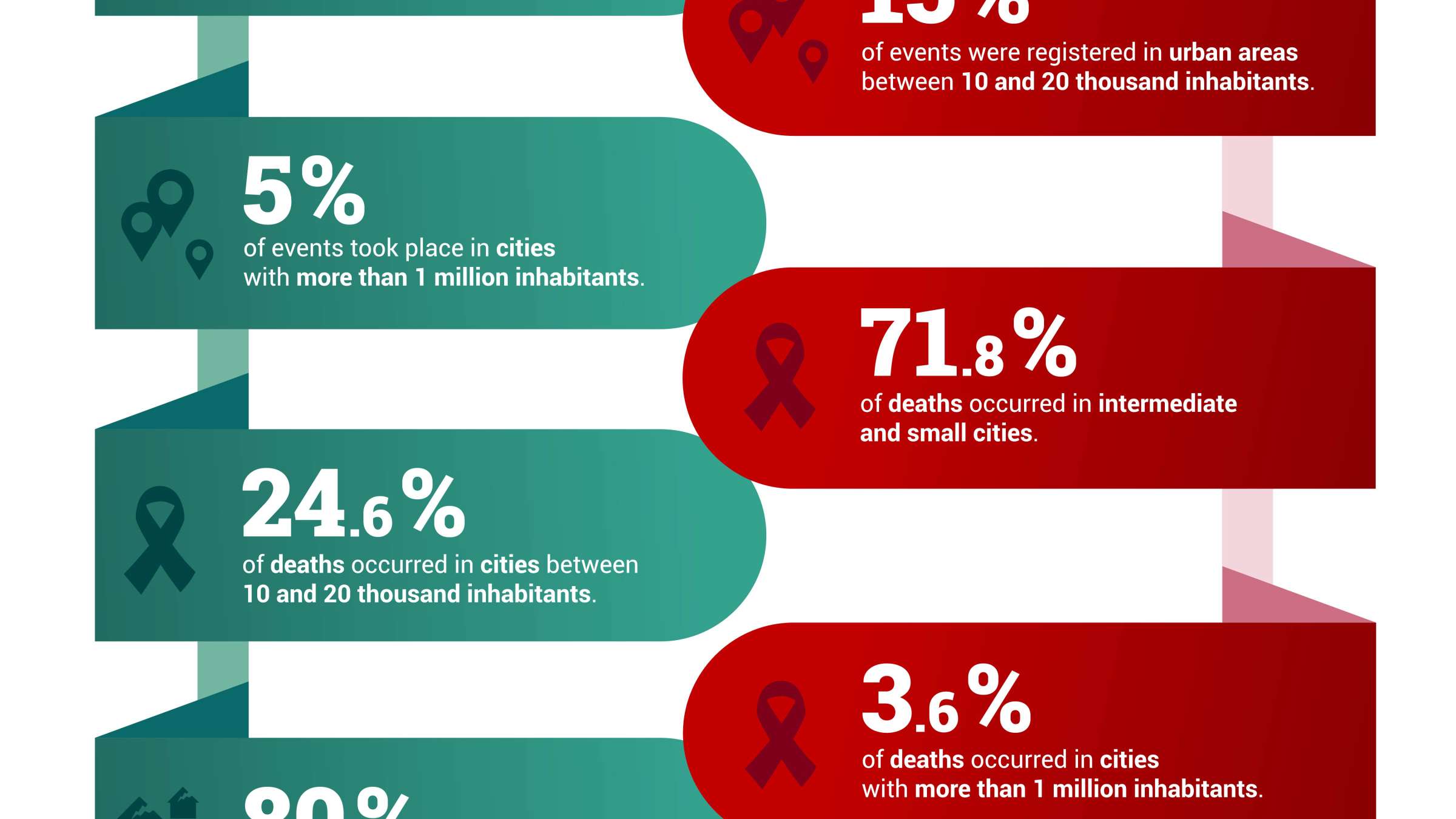 In the context of a worldwide scenario in which it is expected that there will be a 40% deficit in access to water, the RAR warns of the contribution of human factor to hydric stress among the effects of climate change, despite the region having 33% of the world’s water resources. The report underscores that territorial transformation is being caused mainly by deforestation, the overexploitation of resources, and changes in land use for urbanization or intensive production activities such as industrial agriculture and mining. The report emphasizes that pressure to expand the agricultural frontier has intensified, forest fires are increasingly being used to change land use to cattle stock and mining, and that the overexploitation of water sources is resulting in the depletion of aquifers and consequent droughts.

“Climate change will have many faces in Latin America and the Caribbean and it won’t have a uniform impact: certain threats will be exacerbated. Temperatures will rise and heatwaves will increase, particularly in urban areas; the timing of the rainy season will be uncertain and will affect small farmers; countries will be increasingly exposed to droughts and food insecurity; cyclone occurrences in the Caribbean and Pacific basins will increase; and small island states will face rising sea levels. These events will wreak major havoc and create critical conditions in countries with high levels of social vulnerability and great exposure.” Pascal Girot, University of Costa Rica, School of Geography

According to the RAR, another major risk to the expansion of pandemics such as that of COVID-19 is a greater interrelationship between the urbanized world and wildlife. Changes in land use as a result of converting tropical forests into agricultural lands and livestock farms is associated with 30% of emerging diseases now known. The proliferation of large scale industrial farms and the unsanitary conditions in which captured animals are being kept contribute greatly to this risk.

As well, data compiled by the RAR indicate that, in addition to massive migrations caused by war, poverty, or gang violence that are already modifying urban settlements in the region, the number of climate migrants is expected to rise to 143 million by 2050. The report makes it clear that there have been two major trends at play over the past 10 years whose scope cannot yet be measured. On the one hand is the displacement of millions of Venezuelans who are abandoning their country due to the economic and political crises and, on the other, there is a mobilization of hundreds of thousands of people from several countries in the region who seek to enter the United States. The RAR predicts that this accelerated urbanization, the overload of basic urban infrastructure, and the need to incorporate these populations to the economic system will greatly increase the level of disaster risk.

“One of our great challenges is to create more resilient cities in the future. Together with stakeholders, we must development instruments, policies, and knowledge that will enable us to really move towards resilient cities, so that each one of them has its own capacities, according to its characteristics.” Raquel Lejteger, architect specializing in disaster risk management, consultant to the United Nations, co-author of the RAR

The accelerated concentration of risks in urban centers poses enormous challenges and calls for new perspectives into the region’s urban phenomena. The RAR indicates that the alternative is the UNDRR World Campaign "Making Cities Resilient: My city is Getting Ready”, which promotes urban development in the context of three axes: know more, invest better, and build safely. The report concludes, however, that the few favorable results obtained over the past five years is an indication that campaign efforts need to be redoubled. 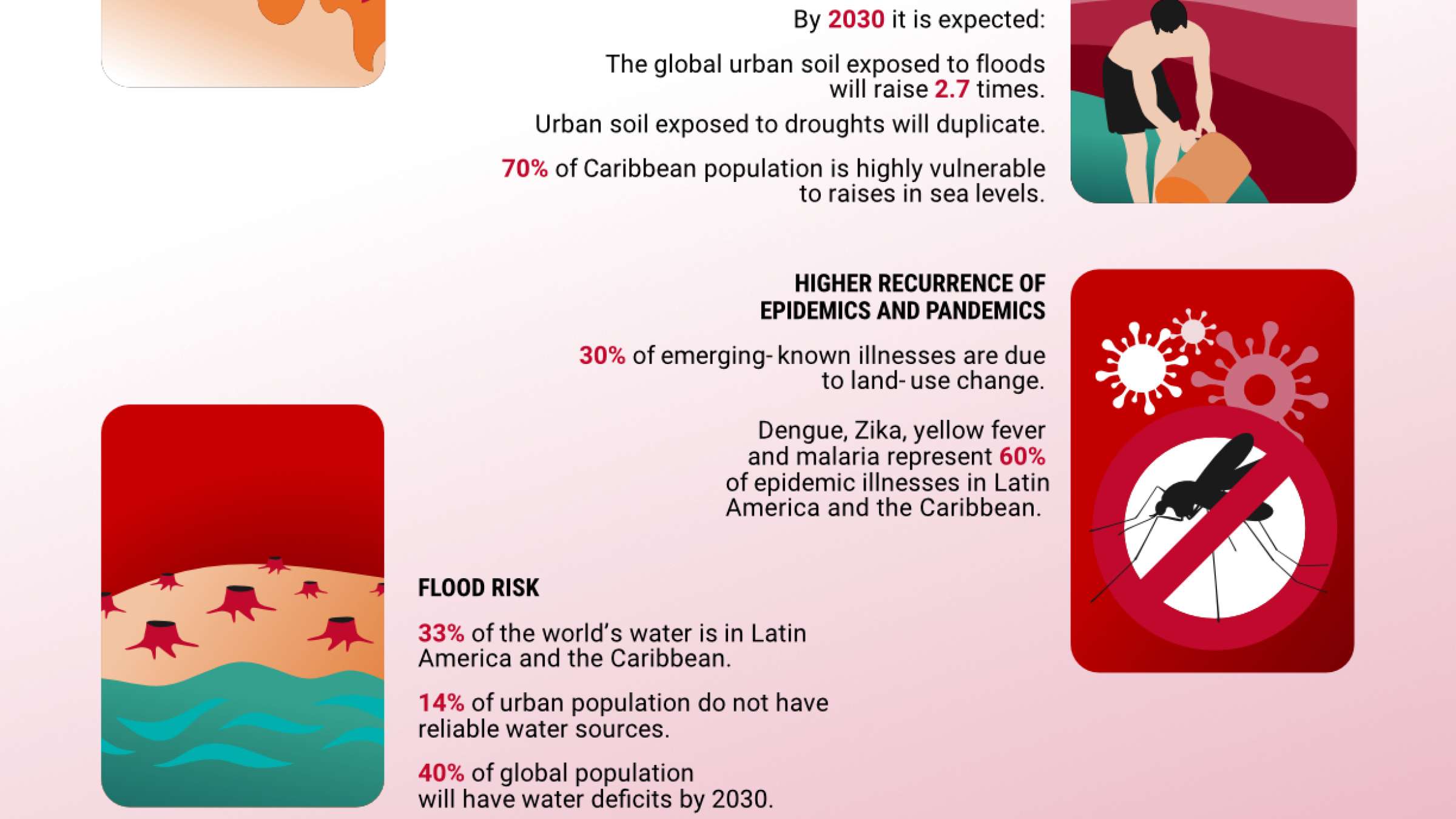