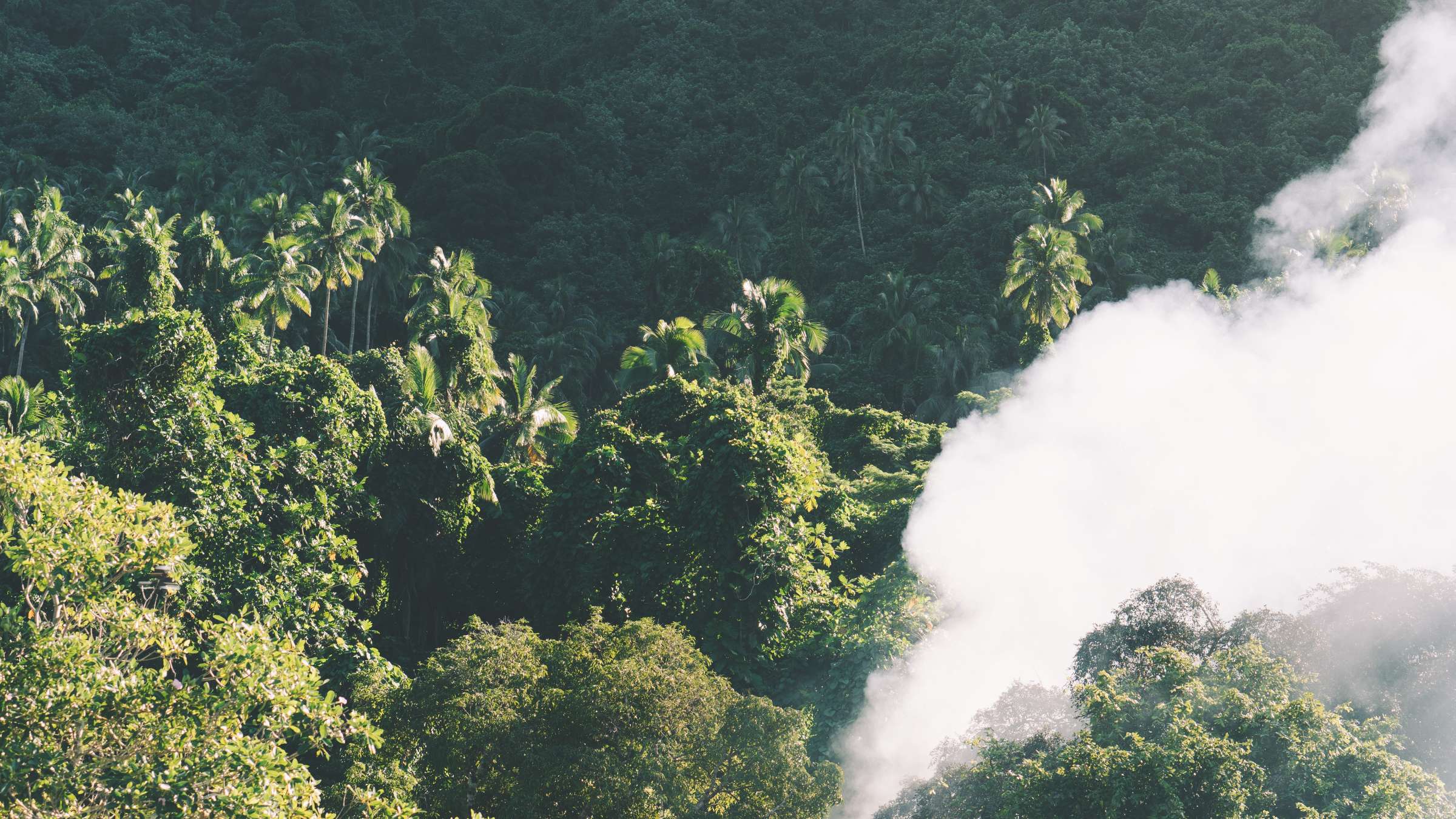 Latin America and the Caribbean is one of the regions that most knowledge has contributed with respect to disaster risk, particularly on the basis of empirical evidence collected from disasters that have occurred and from the hard lesson learned that “the strength of its own nature is not enough to explain the level of devastation caused by some of the major disasters that have taken place. Such level of damage can be better explained by human intervention that has radically transformed spaces than by the physical event per se”[1], experts claim.

Such an assessment is evident in the RAR, which concludes that, despite the progress in disaster management made by countries, the uncontrolled growth of cities, inequality and poverty that breed social vulnerability, production practices that deteriorate the environment, and corruption are elements that have been contributing for decades to risk construction in the region. To the major disasters that have taken place, each year one must add thousands of smaller events that together end up generating massive losses. This is called extensive risk. The RAR underscores the fact that, in Latin America and the Caribbean, extensive risk represents 99.7% of total events registered, with its accompanying economic losses and persons affected.

“We still have a huge debt in terms of disasters and economic losses. That is why the RAR seeks to change certain aspects of the efforts made in order to face the problem effectively. We must move on to a systemic governance scheme in which disaster risk management does not reside in one sector but is instead integrated into all development processes, with a territorial approach.” Raquel Lejteger, architect specializing in disaster risk management, consultant to the United Nations, co-author of the RAR

What is the outlook for the region over the coming years? According to the RAR analysis, in the coming decades the world will face global temperature rises of up to 6 degrees; for Latin America, this translates into a scenario of longer periods of heat and water shortages, extreme rainfall, increased intensity of tropical cyclones, and rising sea levels that will predominantly affect Caribbean coastal cities. The Report recommends including climate change related threats as part of the mitigation and adaptation policies adopted by countries.

What are the characteristics of disasters that have taken place in the region? The RAR takes a look back at the events that characterized the region between 1998 and 2017 and asserts that climatic and geological disasters took away the lives of 312 000 people, and directly and indirectly affected the lives of over 277 million people in the region. It also introduces statistical evidence about the characteristics of phenomena in Latin America: the region was mostly affected by climate related events, especially storms and floods, and by earthquakes, drought, and volcanic activity to a lesser extent. However, although climate originated events represent 93% of the events that occurred in the region and account for most of the people affected, in terms of human casualties, most of the deaths from disasters have been caused by earthquakes.

The RAR shows the progress being made in the region with respect to the reduction of mortality from disasters in certain countries (especially of hydro-meteorological origin), which was significant up to 2015. Nevertheless, it indicates that this achievement has been eclipsed by the mortality rates related to the COVID-19 pandemic. The report explains that “this partial achievement was ephemeral, since within a few months of having appeared in the region, the COVID-19 pandemic completely reversed the trend in all countries, even in those in which the number of COVID-19 related deaths was still relatively low”. 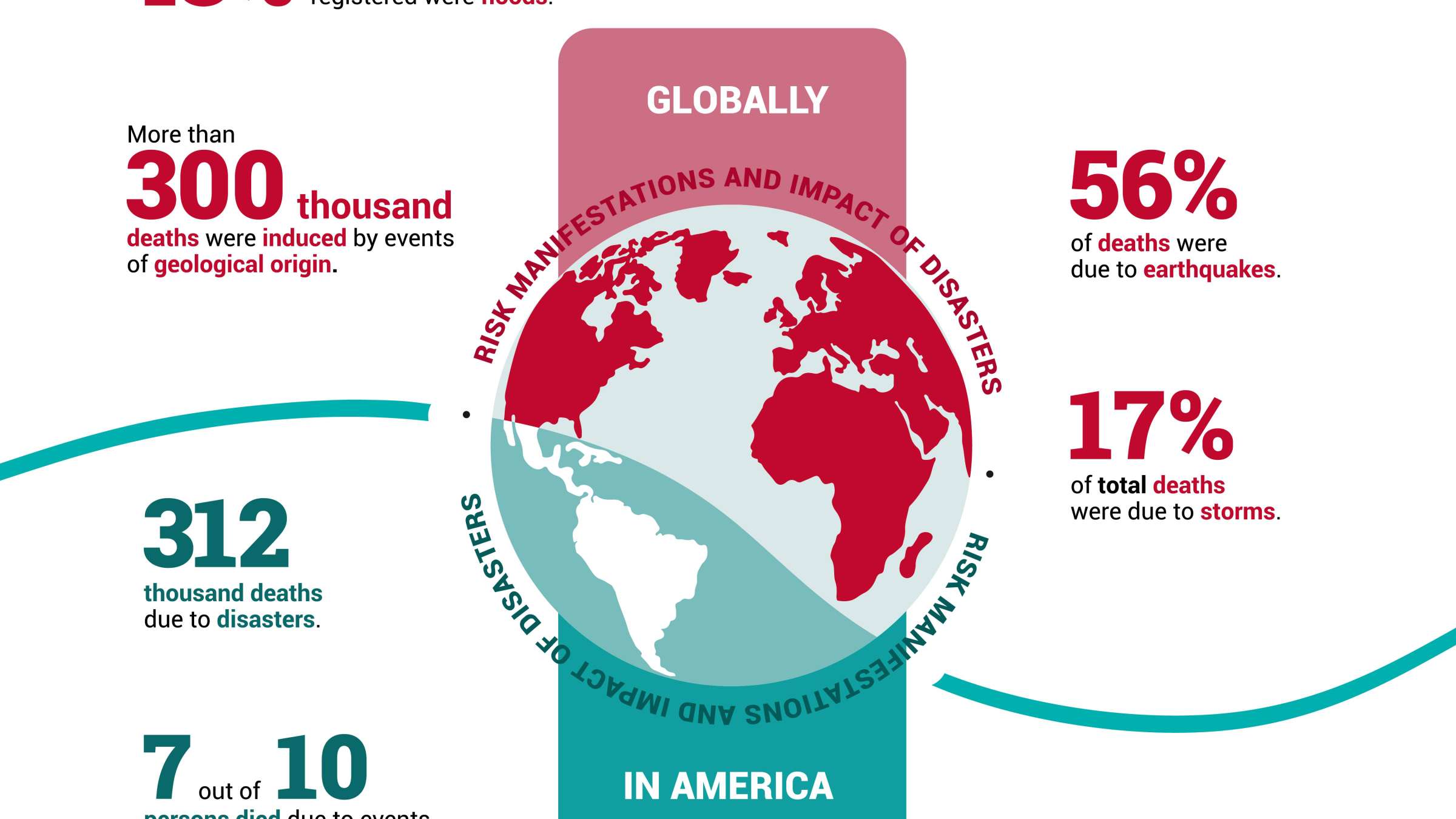 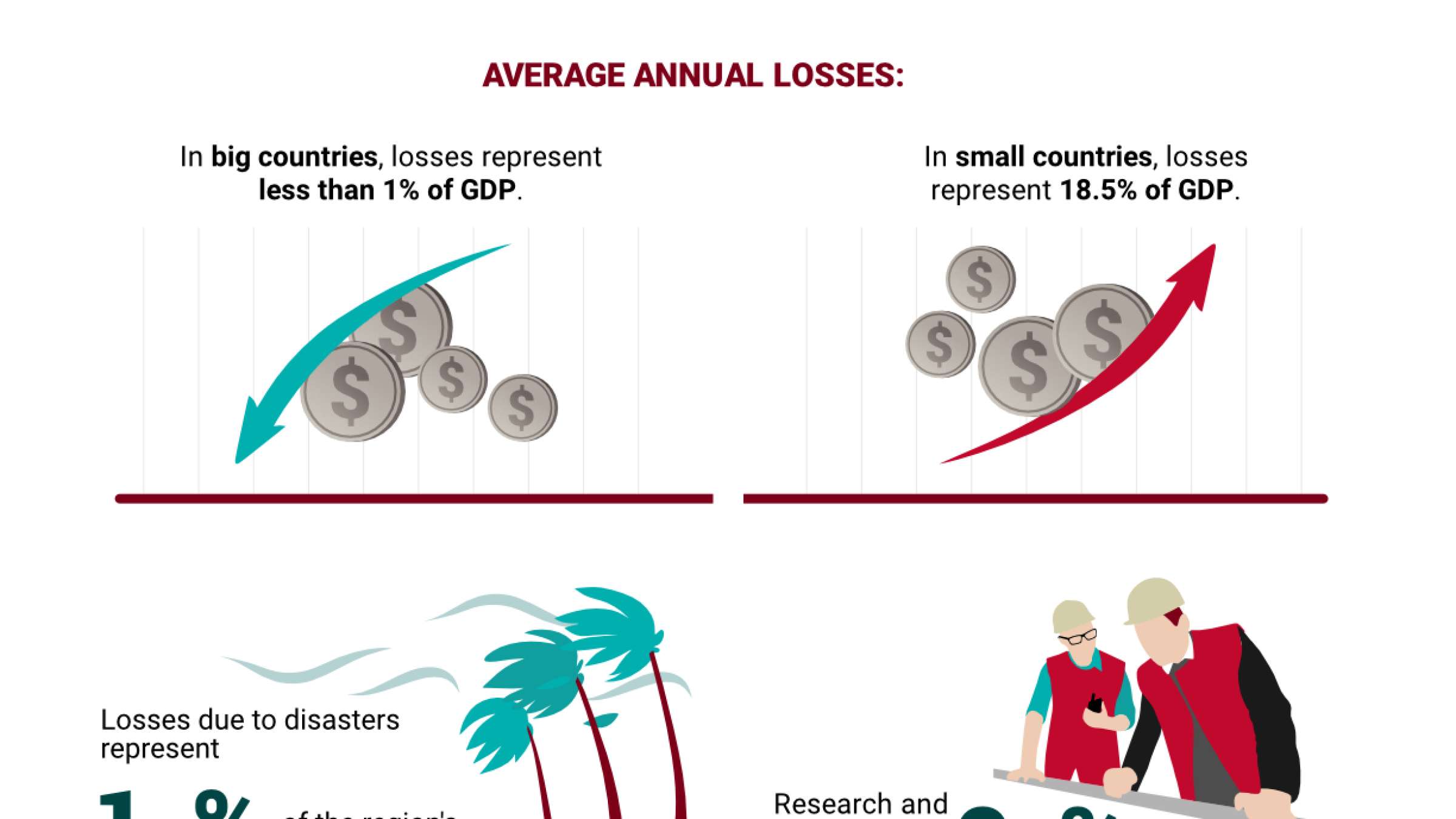 The RAR emphasizes that the disasters that took place in the region greatly impacted the financial situation of countries, reducing the amount of funds available for investing in sustainable development and especially for decreasing the underlying risk factors. It concludes that countries remain primarily focused on investing resources to handle post-disaster care and recovery. For some economies, the impact of disasters has represented between 2% and 3.5% of GDP, almost the equivalent of the sums invested in water and sanitation. The report likewise indicates that the problem is worsened when there are recurring losses due to disasters, as is the case of extensive risks, where losses turn from being a incidental imbalance to being a constant erosion of the patrimony of the affected countries: “having a yearly medium-magnitude disaster or several manifestations of extensive risk is enough for the associated losses to have a real impact on the economy”.[2] The conclusion is that such losses could be invested in research and development aimed at effectively reducing the factors underlying the risk.

The COVID-19 pandemic has opened a new chapter in world history and, according to the RAR, has shown that its extended impact on the economies and on society is the result of conditions of vulnerability created within the territory that have been accumulating over years. The report argues that, contrary to initial forecasts, the world economy has not collapsed; however, vulnerable sectors were most affected, on the one hand, by the reduction of income arising from mobility restrictions imposed to lessen contagion levels and, on the other, by the high level of overcrowding in cities and the lack of access to basic resources, such as water.

The RAR posits that the COVID-19 pandemic has also fundamentally affected sectors within the informal economy, such as subcontractors and independent workers, who have seen a significant reduction in income levels, and women, who are bearing the brunt of an increased, unpaid healthcare workload. This threatens a setback with respect to progress made in the last decades. According to RAR, the lessons about to be learned from the pandemic are those of the high social and economic vulnerability of countries and of the need to modify human behaviors that cause this type of disaster by tackling the factors that underlie the risk.  With respect to the future, the report concludes that “Pandemics such as this one will become increasingly frequent, experts say, unless the anthropic conditions that cause them are modified. That is, if there is no intervention to reverse the risk drivers that have placed the world in this catastrophe of such proportions that would have hitherto been unimaginable”[3].