2020: The non-COVID year in disasters 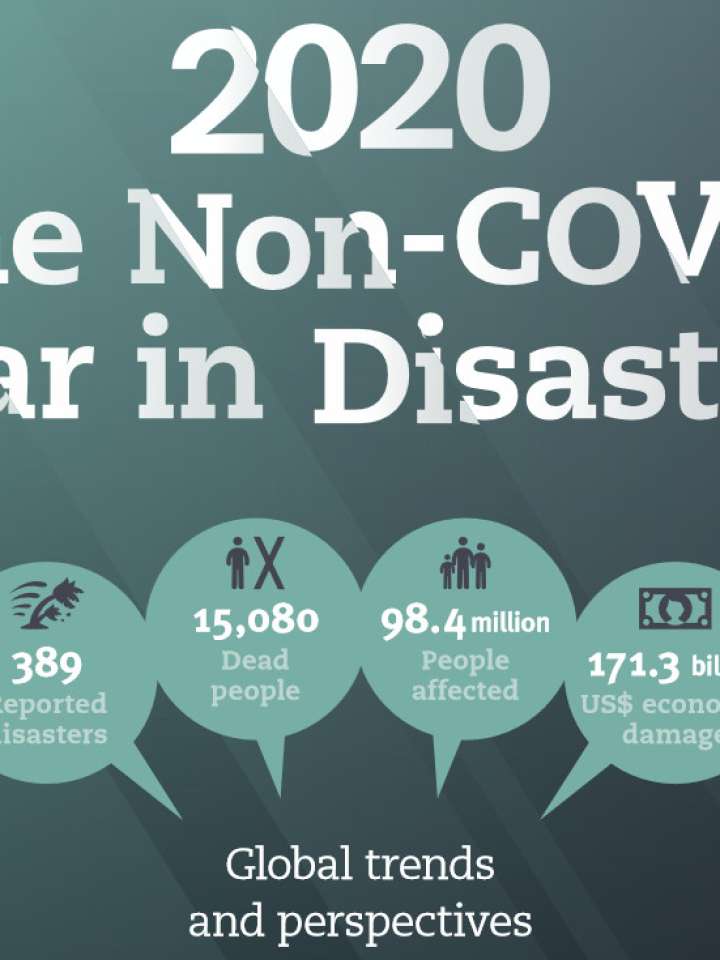 The year 2020 rivalled 2016 as the world’s hottest recorded year despite the absence of a strong El Niño effect. Apart from the COVID-19 pandemic, the year was dominated by climate-related disasters. These were largely responsible for the 389 recorded events which resulted in 15,080 deaths, 98.4 million people affected, and economic losses of at least US$171.3 billion. The statistics used in this report are drawn from the latest updates in the emergency events database, EM-DAT, maintained by the Centre for Research on the Epidemiology of Disasters (CRED, UClouvain).

At the outset, it is acknowledged that these statistics pale in comparison with the ongoing COVID-19 pandemic which by the year’s end had claimed almost two million lives, resulted in more than  90 million confirmed cases, trillions of dollars in economic losses, and “extreme poverty back up to levels not seen in a generation” as the UN Secretary-General has said.