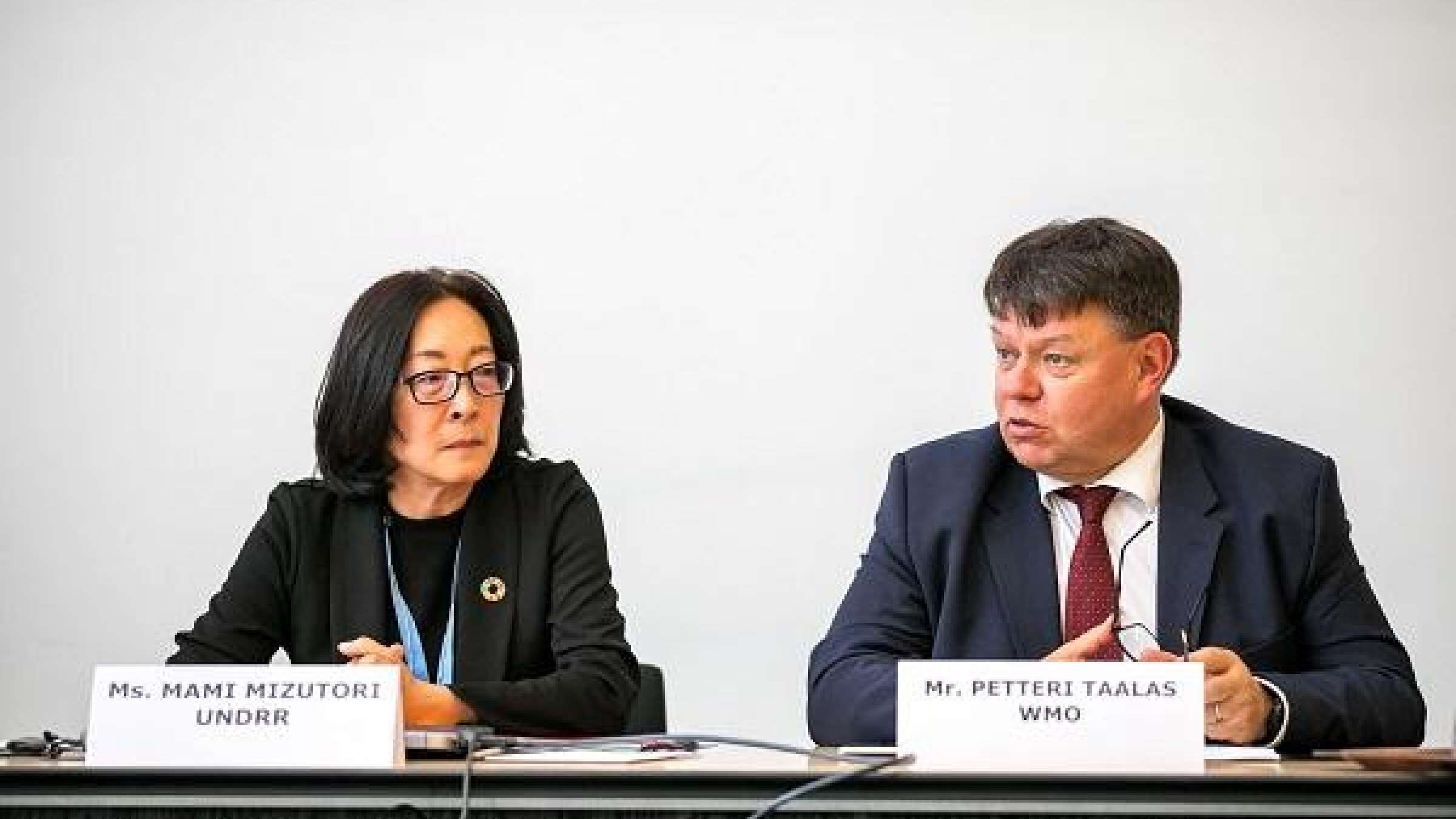 GENEVA, 13 May, 2019 - Heads of media and UN agencies met today in Geneva to discuss how public service media and worldwide print and radio media outlets can contribute to reducing disaster risk, saving lives and fulfilling their mandate to further the public good.

“Media outlets and global agencies play a critical role in alerting, informing and educating populations on disaster risk and we cannot afford to be dysfunctional at a time when this information is most needed,” said Mami Mizutori, Special Representative to the UN Secretary-General for Disaster Risk Reduction, calling for urgent actions to build more resilience against increasing weather related disasters and extreme events.

90% of disasters today are weather-related events affecting millions of people and their assets and having a devastating and long term impact on vulnerable populations.

The high-level session jointly organized by the European Broadcasting Union (EBU) and the United Nations Office for Disaster Risk Reduction brought together, for the first time, high-level representatives from the World Meteorological Organization (WMO), the International Telecommunication Union (ITU), the World Association of Community Radios (ARMAC), the World Association of Printed Newspapers and Magazines (WAN-IFRA), the Asia- Pacific Broadcasting Union (ABU) , the African Union of Broadcasting (AUB) and more than 20 media outlets throughout the world.

Grégoire Ndjaka, Executive Director of the African Union of Broadcasting said: “We know that in an emergency, television and especially radio are still the places the vast majority of the world’s population turn to for precise, timely news and information.

The three-hour meeting underlined the importance of cooperation - in all phases of disaster risk reduction policies - between media and government and international agencies to meet the 2030 Agenda for Sustainable Development.

It showcased successful practices put in place by NHK in Japan, Thai Pbs in Thailand and by ABU in Asia Pacific which have had positive impacts on bringing more awareness and preparing populations to cope with disaster risk. The meeting also underlined the relevance of media networks such as the African network of journalists called DIRAJ which works in the fields of disaster risk reduction and disaster risk management and helps African reporters to develop more content and knowledge on disaster risk reduction issues.

The Sendai Framework adopted in 2015 is the global plan to reduce disaster losses by 2030 and one of the main pillar of the Development agenda. It aims to increase the availability of multi-hazard early warning systems and disaster risk information and assessments to people by 2030.