Women and a tale of two cyclones 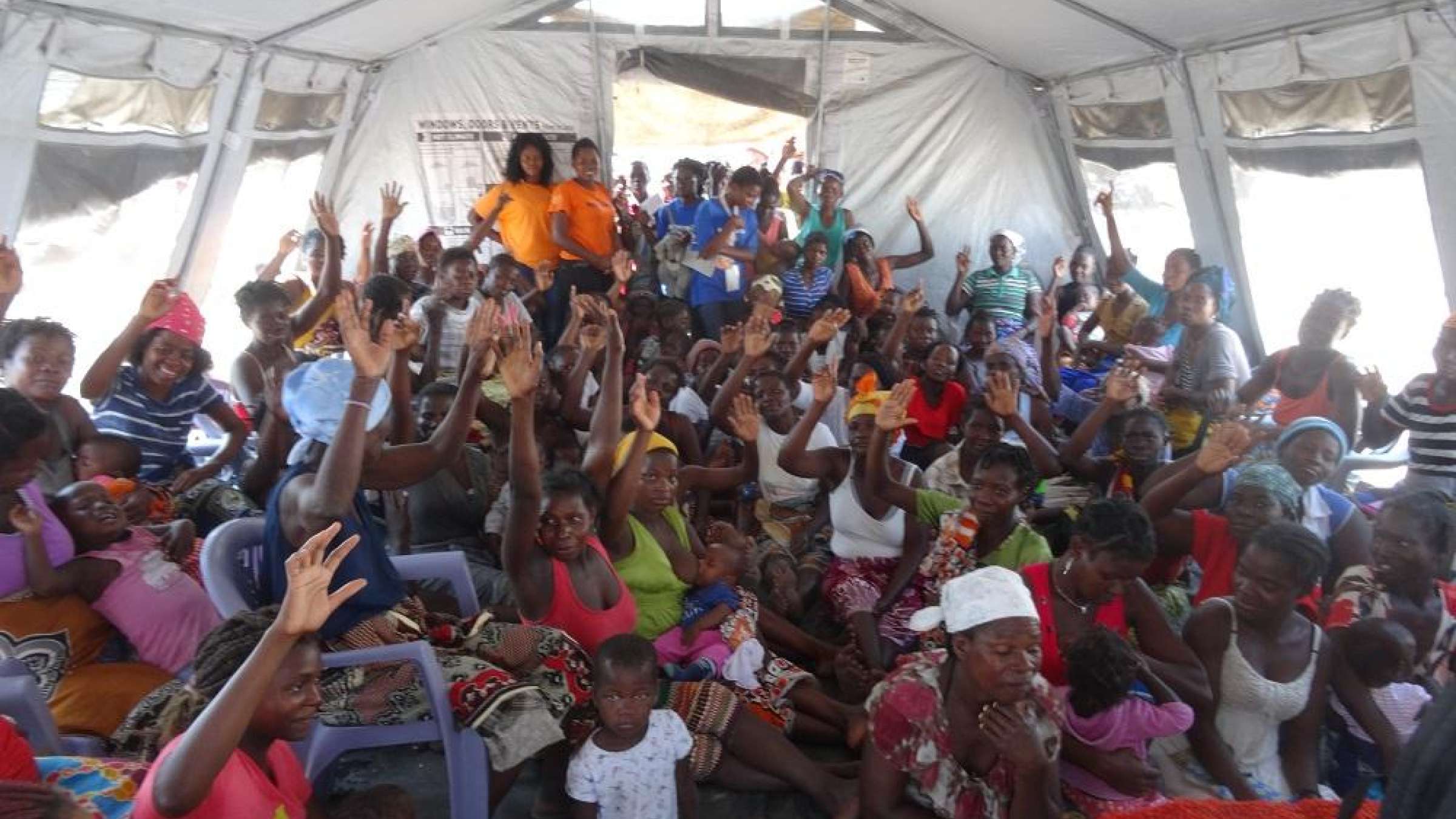 GENEVA, 4 October, 2019 - There is a striking contrast between the death toll in India and Mozambique from two equally strong cyclones this year.

Pre-emptive evacuation of a million people before Cyclone Fani made landfall on the coast of Odisha, ensured that deaths from the category 5 storm were kept at a reported 72. Warnings were well disseminated and most people in harm’s way managed to get to a safe place.

In Mozambique things did not go so smoothly.

Pre-emptive evacuations were not the norm as Cyclone Idai bore down on coast of Sofala province and travelled inland across Manica province.  The official death toll of 605 may be a significant underestimate given the lack of registration of births and other means of verifying the true death toll.

Evidence taken from women in two resettlement camps indicates that very few heard the early warnings on radio or television and the few who did ignored them as unreliable or simply because they had no idea what to do.

It is clear from talking to these women in the protected spaces provided to them by UNFPA that while many of them believe that the climate is changing and see the impact on their farming activities, they have little or no understanding of how to prepare for, or respond to, sudden on-set, life-threatening natural hazards like Cyclone Idai which struck in March or Cyclone Kenneth which struck in April.

At a meeting of some 90 women in Mandruzi resettlement camp, Dondo, Sofala – home to 375 families – only 12 hands went up to indicate that they had heard a warning about cyclone Idai.

Doca Bande (32) received a phone text from an uncle but she chose to go a cultural activity in her community and found that it had been cancelled. “The community leader said ‘you want to dance when the cyclone is coming?’” She eventually escaped the cyclone’s wrath by taking her six children to a nearby school.

In Matua resettlement camp, Eliza Mapangue, a mother of six children, said: “It was a new experience and we did not know what to do.” She heard the warning on her daughter’s TV but went to the market anyway. It was difficult to say what they would do the next time because all the houses made of local materials collapsed, she said.

Otililia Luiz used to make a living selling bread and cold drinks on the streets of Beira. She heard the warning two days before on TV but on the day itself she decided “I will continue doing my business.” She went home early because the weather started to change. At 7 p.m. part of the roof collapsed and an hour later it was all gone.

She escaped with her husband and two relatives to the Beira Transport Company warehouse where about 500 other people also gathered. Many people were injured when the roof collapsed. They remained there pressed up against the walls until they escaped to the Samora Machel Secondary School where they remained for a week.

On reflection, she admits that she should not have gone but rather concentrated on saving what possessions she could, instead of losing everything including her TV and fridge, all her clothes and business stock.

Hortensia Mussalama (60) heard no warning and scrambled up a tree to escape the floodwaters holding on to her ten-year-old granddaughter whom she tied to her with cloth so she would not fall to her death in the floodwaters as she saw happen to two of her neighbours. They were in the tree for five days without food or water until they were rescued.

One woman summed up the situation. “The next time the warning must be early and the people evacuated to a safe place.”