UNISDR launches "Sendai Seven" campaign to save lives in disasters 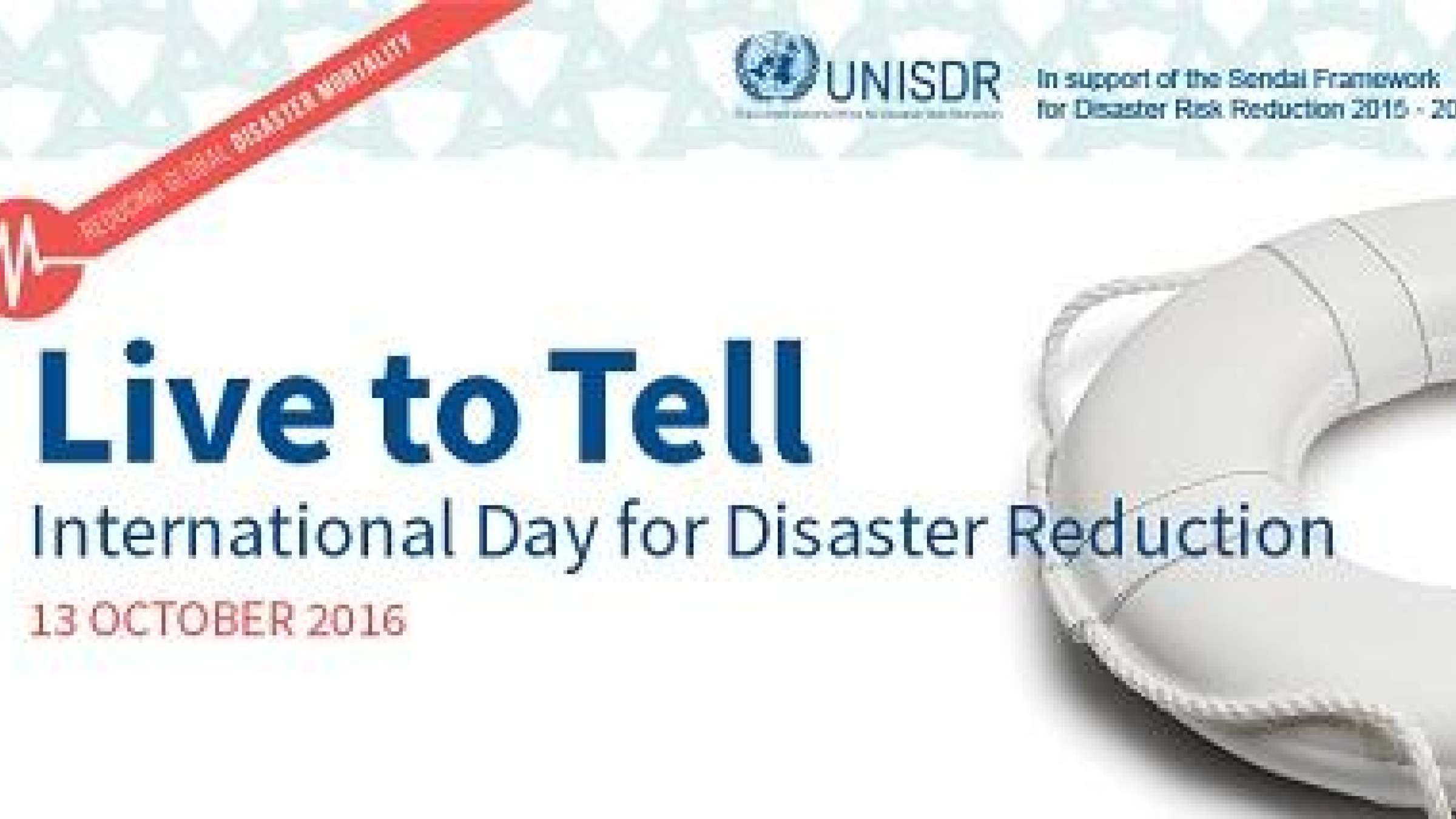 Mr. Glasser said today: “Despite many successes there are still far too many lives being lost in predictable events because of failures to deploy early warning systems, learn lessons from past events and to grasp the growing threat of climate change and its impact on extreme weather events including storms, floods and drought.

“Risk awareness among the general public is a vital theme running through this seven year campaign which is centred around the seven targets which UN Member States have agreed on. These include substantial reductions in loss of life, numbers of people affected, economic losses and damage to infrastructure.

This year’s target is reducing mortality and “Live to Tell” is the slogan for International Day for Disaster Reduction, 13 October. The UN Office for Disaster Risk Reduction (UNISDR) is inviting submissions which demonstrate best practice in reducing mortality from natural and man-made hazards. The best nominees will be recognised as Sendai Target Champions for Reducing Mortality. Closing date for submissions is 15 September and entries should be no longer than 500 words. Submissions should be sent to iddr2016@un.org