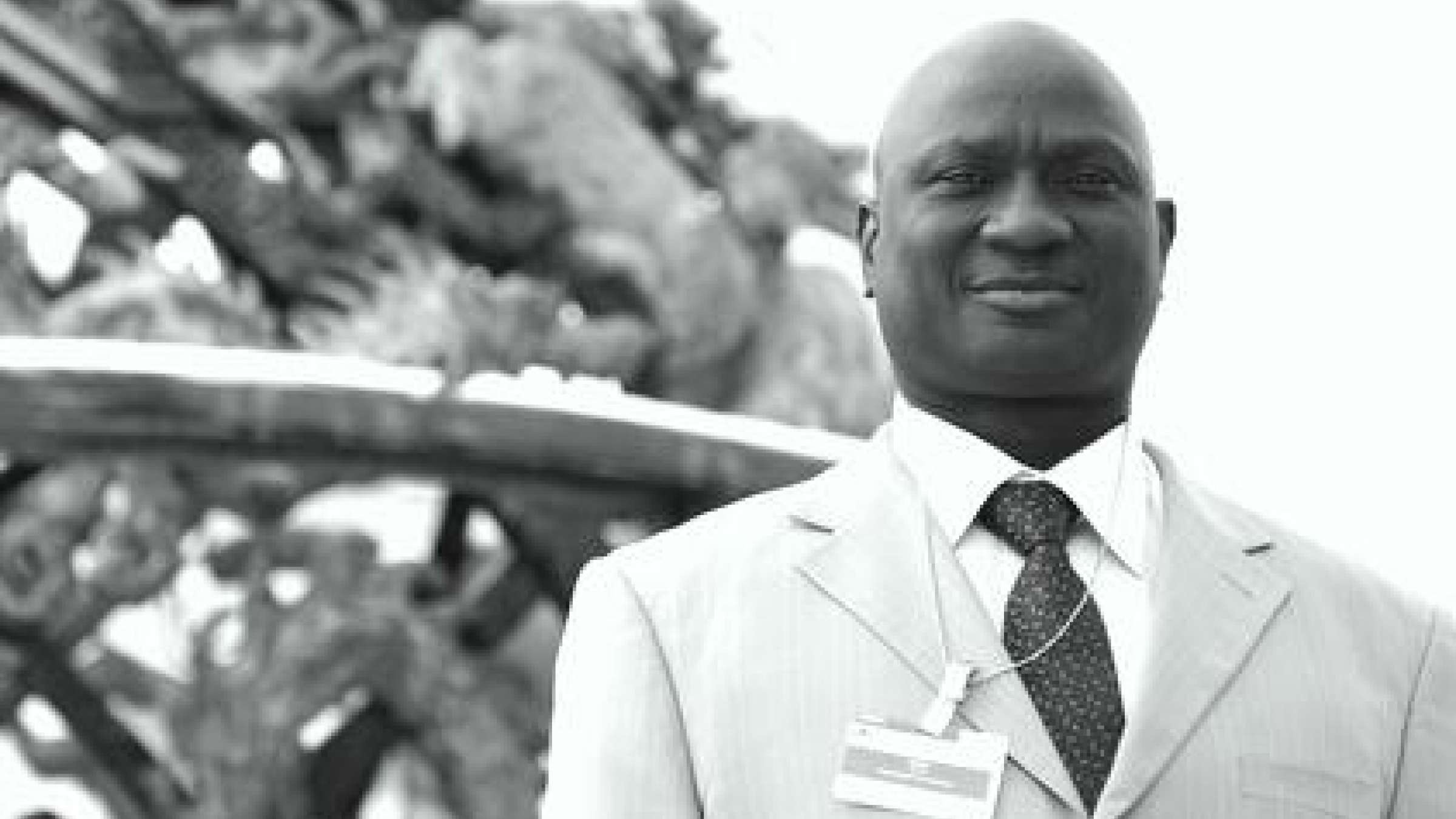 Abdou Sané, Member of Parliament from Senegal and a member of UNISDR's Parliamentarian Advisory Group

Mr. Sané praised the move, saying African governments had crossed the line from "a philosophy of reaction" to a "proactive approach of forecast and reduction of climate risks."

The agency, recently established at meeting of the African Union in Addis Ababa, will set up rules to guide the team of experts from the African Risk Capacity project (ARC), which will use satellite weather surveillance technology and software developed by the UN World Food Programme to trigger fast-disbursing funds after quickly calculating the cost of food needs for countries hit by drought.

More than two-thirds of Africa's population lives in rural areas and depend on rain-fed agriculture and pasture, making them highly vulnerable to bouts of extreme dry weather, says ARC, noting that there have been 132 recorded droughts in sub-Saharan Africa since 1990.

This year, drought is causing a crisis in the Sahel, affecting an estimated 18 million people in Burkina Faso, Chad, Mali, Mauritania, Niger, Senegal and Sudan. The UN Food and Agriculture Organization says overall Sahelian cereal production is 26 per cent lower than last year, with countries like Chad losing as much as half its cereal crops.

Only a year ago, drought in the Horn of Africa led to a severe food crisis for 10 million people in Djibouti, Ethiopia, Kenya, Somalia and Uganda. Britain's Department for International Development, a major aid provider, says one year after famine was declared 2.5 million people in Somalia -- the hardest hit country in the region -- are still at risk of chronic food shortages.

Repeatedly hit by such disasters, African governments have relied on international emergency aid which ARC says commonly arrives between three to six months after the onset of the crisis.

The ARC project will allow African Union countries to estimate the total cost of intervention well before the start of the lean season, automatically triggering the disbursement of funds to the government within two to four weeks after drought is detected.

"Within the African Union, the intellectual, political and material contribution of Senegal was key to the design of pan-African management policies," recalls Senegal's Member of Parliament Abdou Sané, who said the idea for a pan-African risk management policy grew from an initiative of the Senegalese government that began in the national civil protection agency (Direction de la Protection Civile]. The DPC, located within the Ministry of Interior, is the organ tasked with disaster risk management and response, including risks related to locusts, bushfires and floods.

In turn, Senegal's efforts to improve its own capacity to address, prevent and manage disaster was successful partly because of the involvement of civil society. "In Senegal, the Network of Parliamentarians for Disaster Risk Reduction is leading the fight against the effects of disasters impacting their country," said Feng Min Kan, Special Advisor to the UN Assistant Secretary-General's Special Representative for Disaster Risk Reduction. Kan is the UNISDR official responsible for creating a network of parliamentarians to promote disaster risk reduction policies.

In the context of Senegal's pioneering status, its government organized a technical workshop in July in Mbour, Senegal, to educate stakeholders about risk pooling, risk modeling and the use of the Africa RiskView software developed by the World Food Programme, which takes satellite-based rainfall estimates to calculate -- in "near real time" -- how many people will be affected by drought, and how much it will cost to provide food security assistance costs.

In addition to providing quick-disbursing funds, "ARC will assist participating countries to build capacities for risk management, developing and approving contingency plans as well as monitoring the use of ARC payouts," said Secretary General of the African Union, Jean Ping.

The workshop is expected to bring together technicians from the Ministries of Agriculture, Livestock, Environment, Economy and Finance, Interior, as well as major technical and financial partners in Senegal, such as the European Union, the French Development Agency, the World Food Programme, and Japanese Cooperation.