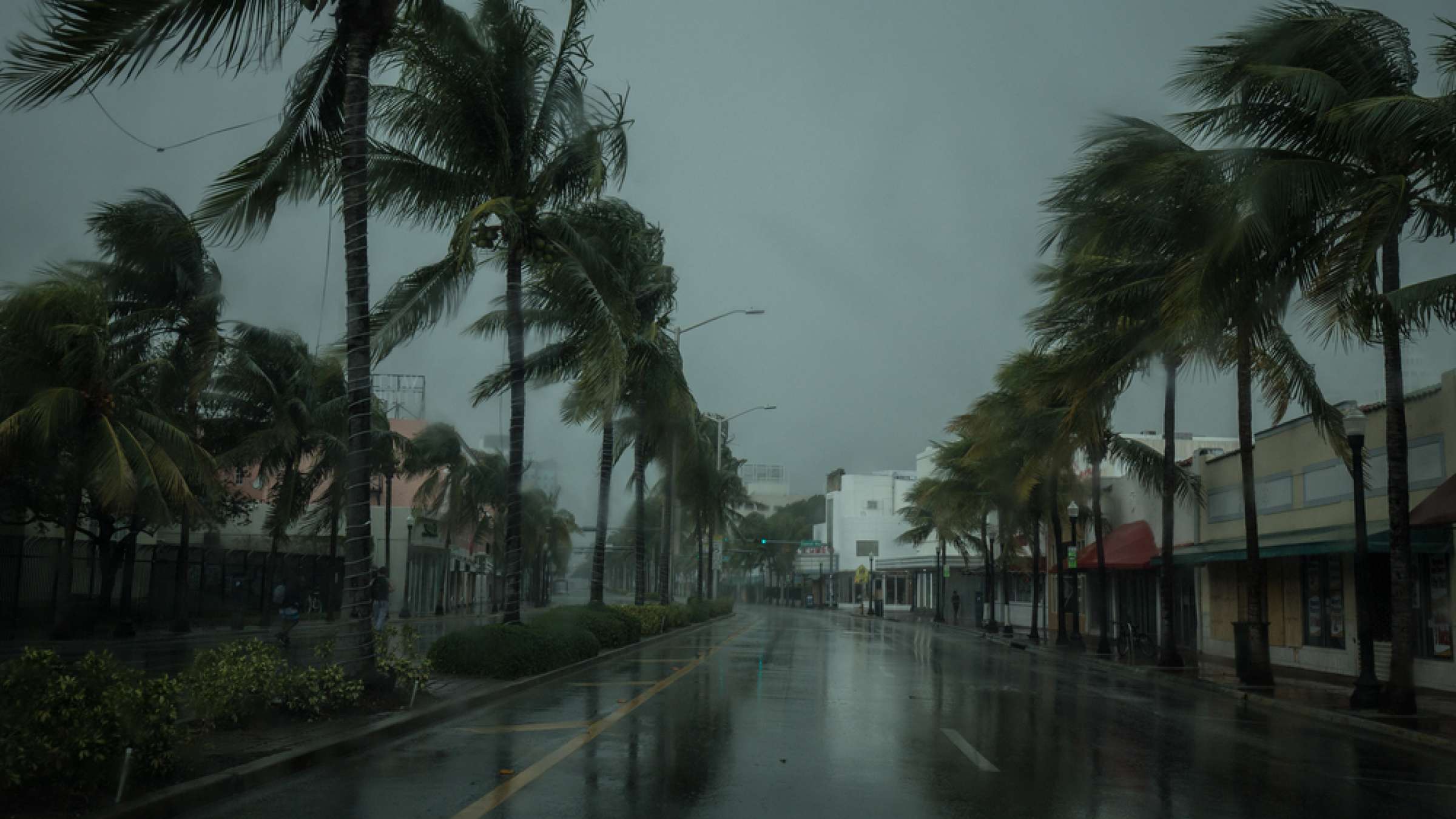 When COVID began to infiltrate the Caribbean, the World Food Programme (WFP) quickly contacted governments to find how to best help funnel cash to people left struggling to feed their families as jobs began to melt away.

For Dominica, helping rapidly digitalize the country's largely paper-based data collection and payment systems was the speediest and most effective solution, says Regis Chapman, head of office for WFP in Barbados.

Within weeks, WFP helped Dominica implement systems to more efficiently collect and analyze the data needed to determine who was eligible for payments to help ride out the pandemic.

By printing scannable QR codes on payment envelopes and asking people to sign digitally to confirm receipt, Dominica quickly created a visualization dashboard to show where and when funds were distributed.

“The socio-economic aspect of COVID has been devastating. The lowest income groups are the people who are most affected and we’ve seen huge spikes in food insecurity.”

WFP’s shock responsive social protection program is one of the many in the Caribbean supported by the European Commission Humanitarian Aid Office (ECHO) which has provided $183 million in aid to the region - excluding Haiti - since 1994.

Through its DIPECHO disaster preparedness program, $50 million of those funds have targeted disaster risk reduction and community resilience programs.

Now as middle-income Caribbean countries compete with other parts of the world for increasingly tight donor funding, it is more important than ever to show how projects support communities and protect lives and livelihoods, say experts.

Presenting evidence of successful schemes also helps create templates that can be used in other parts of the world, says Saskia Carusi, external relations officer for the United Nations Office for Disaster Risk Reduction, Regional Office for the Americas and the Caribbean (UNDRR).

“It’s important to show how successful projects are from an accountability point of view," says Panama-based Carusi.

"But for ECHO, it’s important to show evidence that projects save lives and make a difference, and that there are still needs in the region."

The best evidence should be a combination of quantitative data showing how losses are reduced by disaster risk reduction projects, alongside qualitative examples of how schemes work on the ground, says Carusi.

Evidence should also examine whether localized, pilot projects can be rolled out in neighboring communities or even scaled up to a national level, she says.

With EU funding, UNDRR has created the dipecholac.net platform where organizations can highlight their Caribbean projects and show how they relate to the Sendai Framework for Disaster Risk Reduction 2015-2030.

It now wants organizations to upload videos, documents and infographics to the site that show how Caribbean projects have been adapted to make a difference during the pandemic and other emergencies.

For the International Federation of Red Cross and Red Crescent Societies (IFRC), the pandemic has underscored the importance of preparing Caribbean communities to deal with multiple hazards, says Marisa Clarke-Marshall, IFRC coordinator, partnerships and planning.

During the crisis, Community Disaster Response Teams (CDRTs) trained by the Red Cross with ECHO funding to deal with hazards such as hurricanes, have rapidly adapted to help communities cope with COVID, she says.

Trained primarily to conduct initial damage assessments, give first aid and coordinate immediate response, CDRTs have helped identify those most in need in their communities, and deliver cash vouchers and hygiene kits.

The CDRT project has attracted attention from major donors keen to set up similar teams elsewhere, while an ECHO-funded tool to assess risk and vulnerabilities is now used globally, she says.

"Donor-funded projects are what drives our community-based action. It makes a huge difference," says Trinidad and Tobago-based Clarke-Marshall.

Events such as November’s UNDRR co-organized VII Regional Platform for Disaster Risk Reduction in the Americas and the Caribbean provide an opportunity for both governments, multilaterals and non-profits to show which projects best helped tackle COVID while continuing to ramp up preparedness.

For UNDRR, its projects to boost Caribbean business resilience reaped dividends during the pandemic as companies adapted their continuity plans that were primarily designed to tackle climate-related crises, says Carusi.

Its EU-funded project to increase preparedness and disaster risk reduction through the Caribbean Safe Schools Initiative is now generating interest from other countries in Latin America, says Carusi.

"UNDRR’s work on policy and advocacy in the long run has a higher impact," says Carusi.

For WFP, EU funding is supporting its work with the Caribbean Disaster Emergency Agency (CDEMA) to pre-position generators, prefabricated units and other gear to help countries better prepare, save lives and reduce losses.

"A lot of what we're looking at is how do we help government systems to become more resilient," says Chapman.

"One of the region's prime ministers recently said, everybody says the Caribbean is so resilient, it's that we have to be. You have to stand up when you're knocked down and start all over again because what other choice do you have."