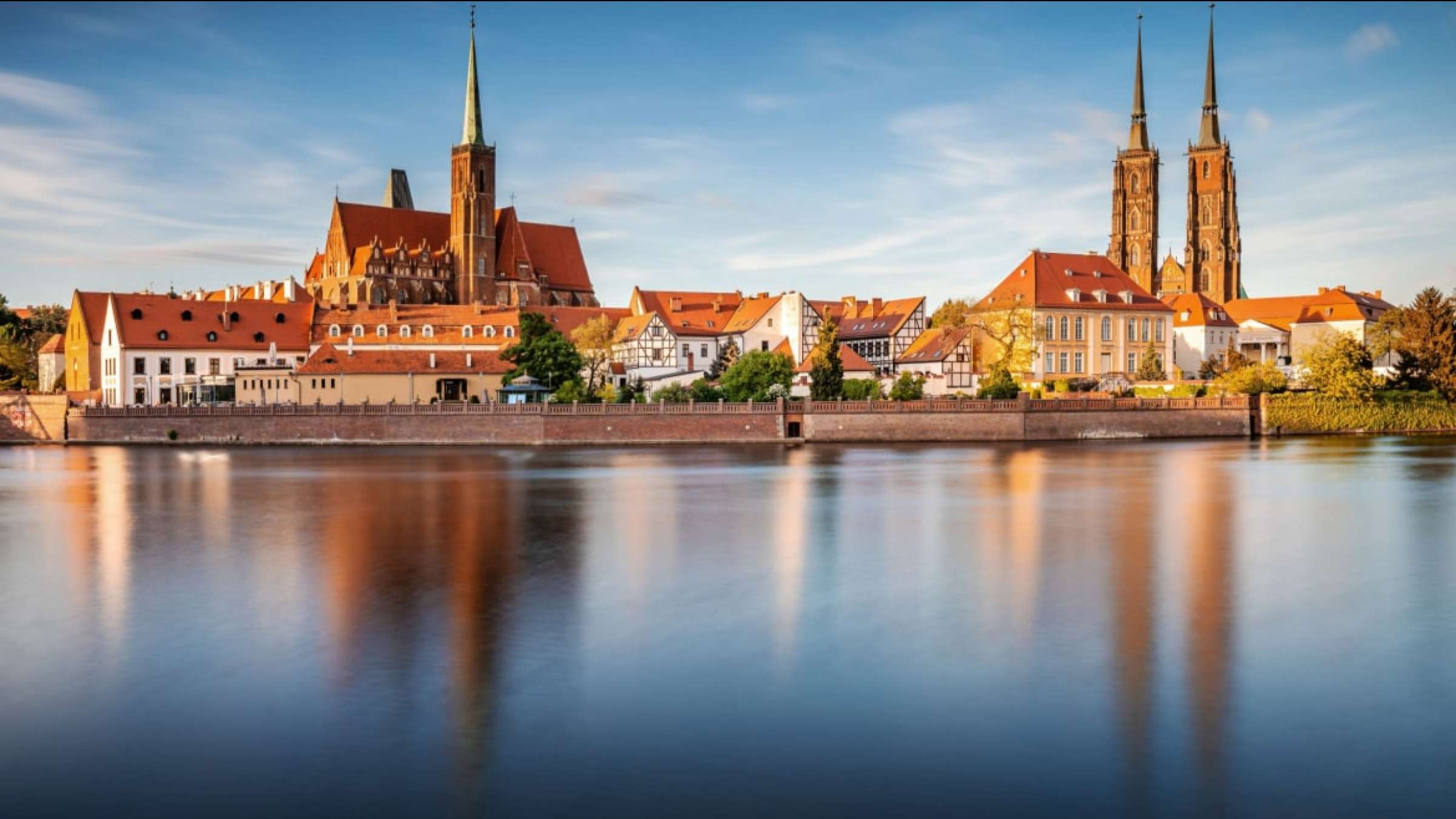 Amidst a summer marked by extreme heat and drought, the Polish city welcomed tens of thousands of Ukrainian refugees in the latest example of leadership in the face of multiple man-made and natural hazards.

September 15, 2022, ATHENS, Greece – the Polish city of Wroclaw has been internationally recognized for its commitment to reduce the disaster risk and to help other municipalities do likewise.

The United Nations Office for Disaster Risk Reduction (UNDRR) and its partners in the Making Cities Resilient 2030 (MCR2030) global collaboration welcomed Wroclaw as one of its global Resilience Hubs, acknowledging Wroclaw’s impressive ongoing efforts to protect lives and livelihoods in the face of successive and significant challenges.

The announcement was made at the European Forum for Urban Resilience in Athens, Greece, where Mr Grzegorz Synowiec, Deputy Director of Climate and Energy Office, received the certificate on behalf of the city.

The forum, celebrating its 9th anniversary this year, is a unique exchange platform where city representatives, experts and stakeholders from local and regional institutions meet to discuss strategies, initiatives and actions for adapting to climate change, managing disasters and building urban resilience.

“Wroclaw is at the forefront of European cities responding to the challenges of the future”, Mr Mazur said before an audience of national and local government leaders from around the world.

“We know that to build effective, lasting resilience of the city, it is necessary to combine effective management with community engagement in various fields.”
“We learnt this during the huge floods we experienced in 1997, and were reminded of this again in tackling the COVID-19 pandemic. Now, with the arrival of refugees from the war in Ukraine, the importance of an all-of-society approach for effective disaster risk management is being reinforced yet again.”

The Chief of the Regional Office for Europe and Central Asia, Mr. Octavian Bivol, praised Wroclaw’s commitment to making a decisive shift towards disaster prevention, a key message of the United Nations’ 2022 Global Assessment Report on Disaster Risk Reduction.

“Wroclaw’s local leadership is founded on genuine partnership and engagement with its many communities,” Mr. Bivol said.

“This has enabled the city to deal with several major challenges over recent years, including the current huge task of providing a home for so many people fleeing war in neighbouring Ukraine.”
“I am delighted that Wroclaw – even during these testing times – has committed to sharing its vast experience in disaster risk management with other local governments in MCR2030. I have no doubt that this will be enormously beneficial.”

ICLEI Europe Managing Director, Wolfgang Teubner, joins Mr. Bivol in congratulating the city for this key recognition: “As a member of ICLEI’s European Regional Executive Committee, the city of Wroclaw is an excellent example of proactive leadership in our network’s Adaptation and Resilience portfolio. I am proud the city is taking a step forward in its commitment to advance the local resilience agenda at the regional level by supporting peer cities in preparing to address the effects of climate change.”

The Polish city joins Barcelona, Manchester, Milan, Helsingborg, Malmö, Matosinhos and Potenza Province as the 8th European MCR2030 Resilience Hub. It is the 14th city globally to receive such recognition. Its commitment to contribute to supporting local resilience building through MCR2030 will add further strength to the growing network of MCR2030 cities and partners dedicated to greater resilience to disasters. 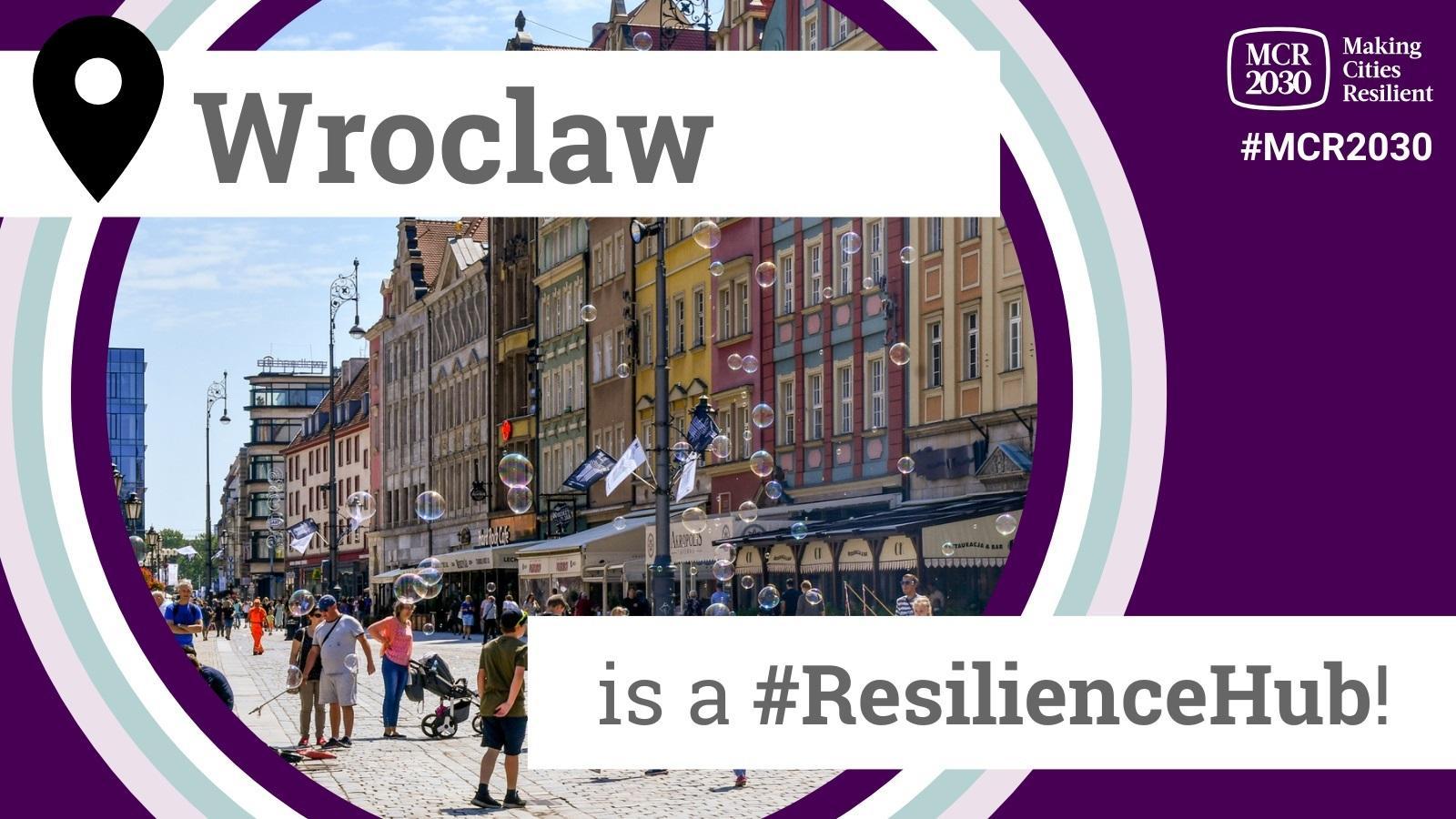 MCR2030 is a United Nations-led global collaboration of partners committed to support local governments to strengthen their disaster resilience. MCR2030 has mobilized more than 1,300 local governments representing a population of over 380 million as part of this unique cross-stakeholder initiative that is improving local resilience by making cities safer, preventing risks and promoting innovation and investments. MCR2030 welcomes cities, local governments as well as any other parties wishing to help municipalities prosper through advocacy, knowledge-sharing and city-to-city networks.