#TsunamiDay2018 call to "invest in people" 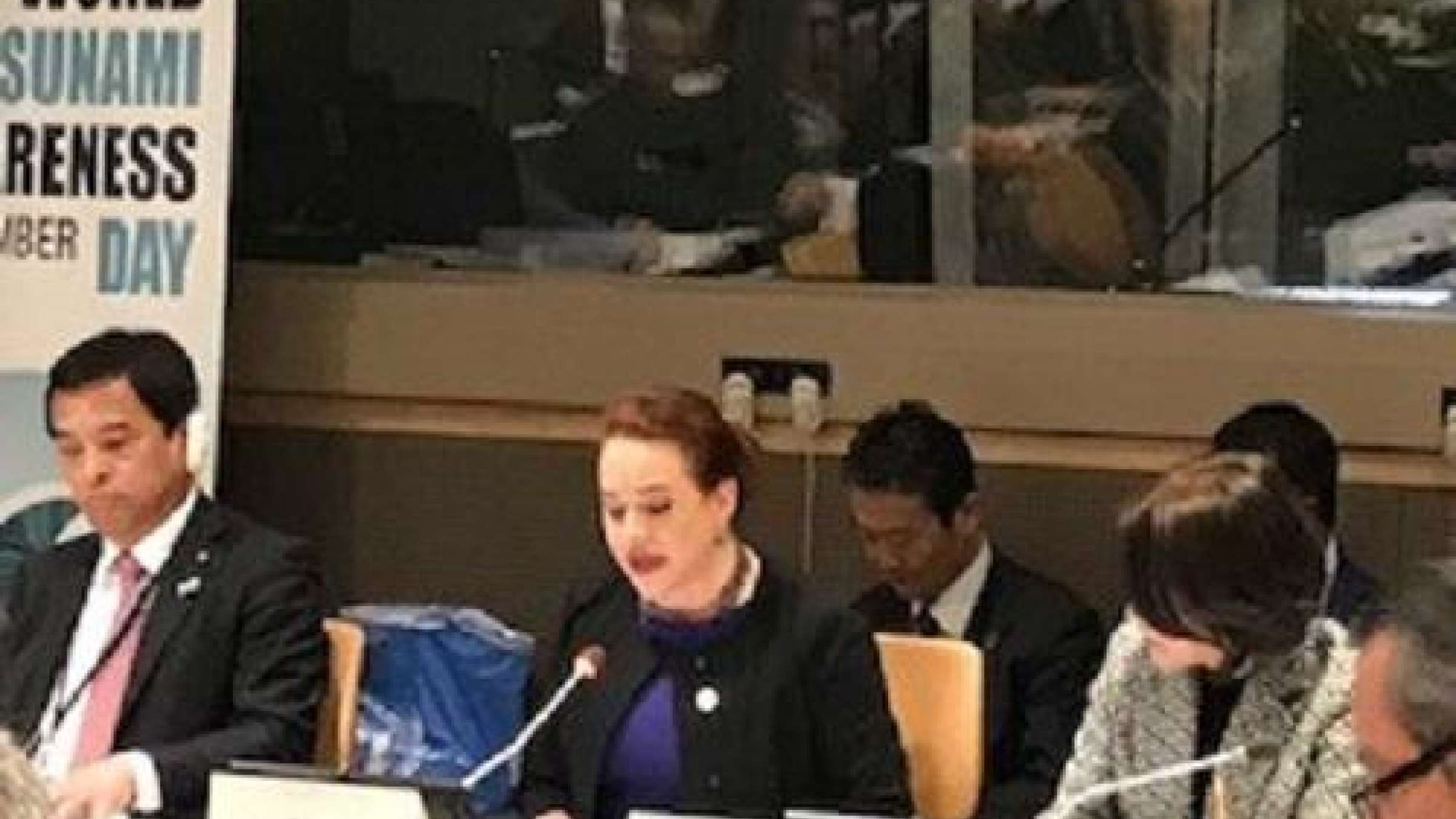 NEW YORK, 6 November, 2018 - There were repeated calls for greater attention to the needs of those most vulnerable in disaster situations, at a high-level event yesterday to mark the 3rd edition of World Tsunami Awareness Day.

Representatives of tsunami-exposed countries including Indonesia, Japan, the Maldives and Chile spoke about the need for a more people-centred, inclusive approach in line with the guidance contained in the global plan for reducing disaster losses, the Sendai Framework for Disaster Risk Reduction 2015-2030.

“The huge losses experienced in Indonesia last September remind us of the need to continue raising awareness on tsunamis and to have more inclusive policies in place to take into account the most vulnerable as disasters have long-term economic and social impacts on people and their communities,” said Ms. María Fernanda Espinosa Garcés, President of the UN General Assembly, opening the panel discussion at UN HQ in New York.

Over the past 100 years, 58 tsunamis have claimed more than 260,000 lives, averaging 4,600 lives per occurrence; a higher mortality rate than any other natural hazard. It is estimated that for every person killed in a disaster, another three are injured or left with a permanent disability.

“We have invested a lot in early warning systems and resilient infrastructure but we need to invest more in people,” said Mr. Jorge Andrés Iglesias Mori, Deputy Permanent Representative of Chile to the UN in New York who explained how Chile is now working on enforcing new laws to better protect and include persons living with disabilities in their disaster management policies.

In Japan, many new initiatives are also in place to better include vulnerable people in disaster management policy. Rikuzentakata, a city that was almost completely “wiped out” by a 47-foot wall of water during the 2011 Great East Japan earthquake and tsunami is now becoming “a global model of inclusiveness” catering to all the needs of different vulnerable groups particularly older women and persons living with disabilities who were among the most affected by the 2011 event.

“Recovering from the massive devastation is a long and difficult process,“said Mayor Futoshi Toba. “There is no manual telling you what to do or how to do it. We learned along the way but we now want to make it right and create an inclusive society that is accessible for all.”

Thailand also stressed the importance of including vulnerable groups in disaster management to build a more resilient world.

“We have now very good inclusive community programmes allowing persons with disabilities to be part of the disaster planning process and people feel more resilient and cooperative,” said Ms. Arunee Limmanee, from the Faculty of Social Policy and Administration, Thammasat University, and Chair of the Children, Youth, Women and Vulnerable Groups, Disability Council in Thailand.

Ms. Mami Mizutori, Special Representative of the Secretary-General for Disaster Risk Reduction who moderated the session, concluded: “To be efficient and effective, national and local disaster risk reduction strategies, need to be multi-hazard, multi-sectorial and inclusive, and ensure the full participation of all relevant stakeholders, including those groups with higher vulnerability and exposure to the impact of hazards.”

She also cited the need for inclusion in the national and local strategies for disaster risk reduction which should be in place by 2020, according to target (e) of the Sendai Framework.