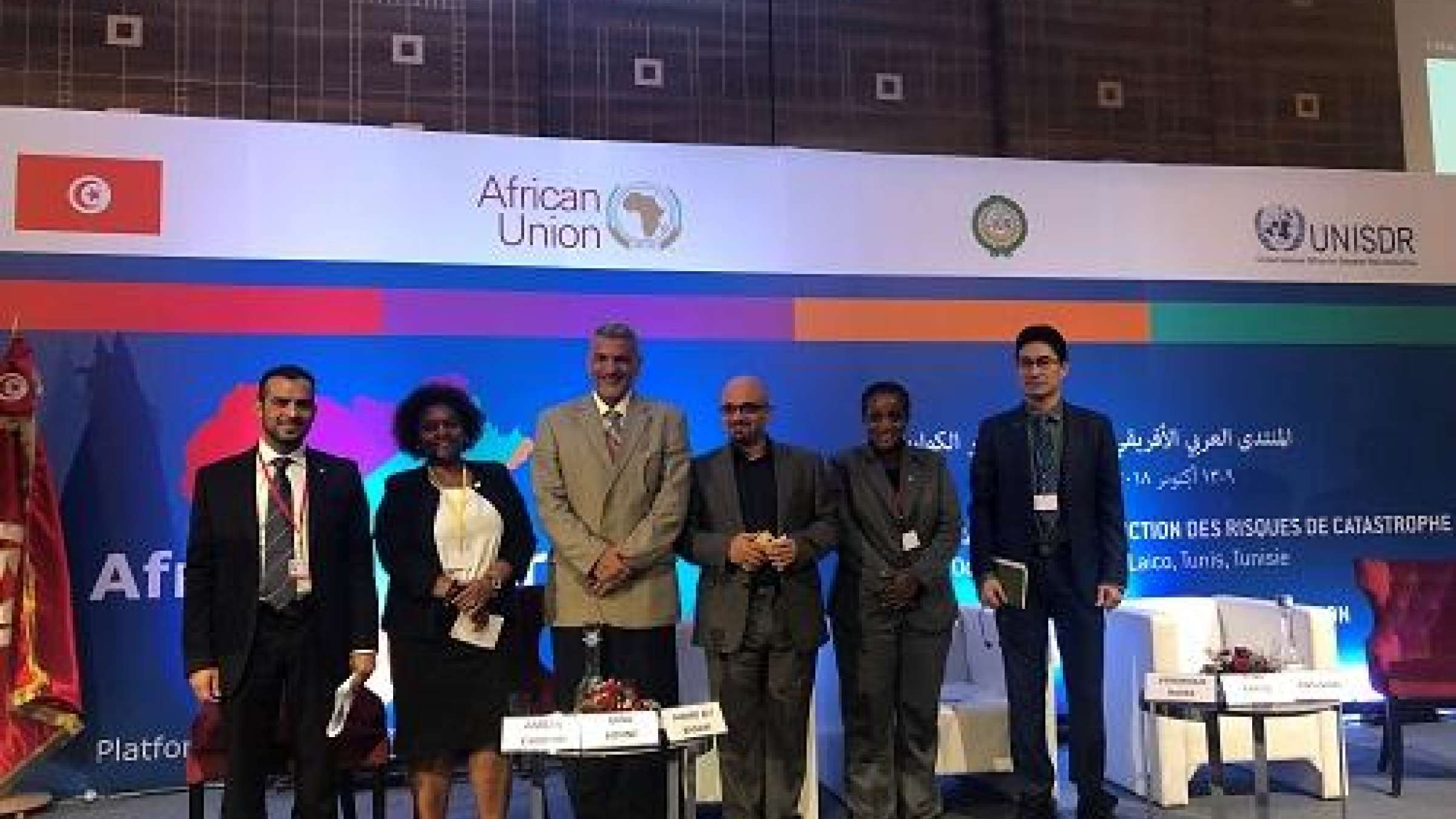 TUNIS, October 12, 2018 - Tsunami risk may be low in the African and Arab States but it is increasing as more and more infrastructure is located and built along the Mediterranean coast,small islands and other tourist hot spots.

That is the consensus among seismic experts meeting at the Africa-Arab States Platform on Disaster Risk Reduction which is underway in Tunis, Tunisia.

Denis Chang Seng, a tsunami expert with the Inter-Oceanographic Commission, UNESCO, said: “Between 1966 and 2010, some 240 million people lived around the Mediterranean. In 2010 this population increased to 480 million and is expected to reach 637 million by 2025, and this figure does not include the millions of tourists who are visiting the region every year and who would also be exposed.”

Mr. Chang Seng told a gathering to raise awareness that “exposure is growing and the region can expect huge economic losses if better early warning systems are not put in place along with more systematic risk assessments and awareness programmes to educate communities on tsunami risks.

Opening the session, UNISDR Director, Kirsi Madi, said: “ Tsunamis are rare events, but they are also the most deadly and costly of natural hazards.”

In 2004, the Indian Ocean Tsunami killed more than 228,000 people and caused over $10 billion damage mostly in Asia but it also reached East African countries such as Somalia, Tanzania, Kenya and Seychelles, causing significant damage and some loss of life.

The lack of preparedness and the absence of early warning systems were the main reasons for the damage caused by the tsunami in the affected regions.

“Tsunamis have happened in the past and earthquakes are frequent in Egypt. We are working with different sectors and scientists to build resilience and informing different actors on their risks. We hope that we will manage to reduce seismic and tsunami risks in the future as more infrastructure are built along our coasts,” he said.

Many countries in the region have already taken action to anticipate future risks and reduce tsunami risks.

“Seychelles depends heavily on tourism revenues and we are working closely with hotels and the tourism sector to increase their preparedness. More and more hotels are considering this preparedness as a competitive and business advantage and are eager to participate in our awareness programmes. We also work closely with communities who all have a tsunami focal point,” said Veronica Baker.

“We are depending on the sea for most of our economic activities, from commerce to transport, fisheries and tourism. We need to protect first our populations who are living by the coasts and also our economies. 2004 was a wake up call for all of our islands and we are now much more prepared,” said Ms. Gina Bonne, Head of Environment and Natural Resources, Indian Ocean Commission.

Oman is also exposed but is equipped with anearly warning system and has established 21 stations along its coast.

The event in Tunis was organized in the lead up to World Tsunami Awareness Day, celebrated on 5 November, which will have a focus on reducing economic losses from disasters in line with target (c) of the Sendai Framework for Disaster Risk Reduction, the global plan for reducing disaster losses.

The one-hour panel discussion was moderated by Mr. Hosam Sokkari and included panelists from countries which are highly dependent on tourism revenues and could be affected by tsunamis in the future.