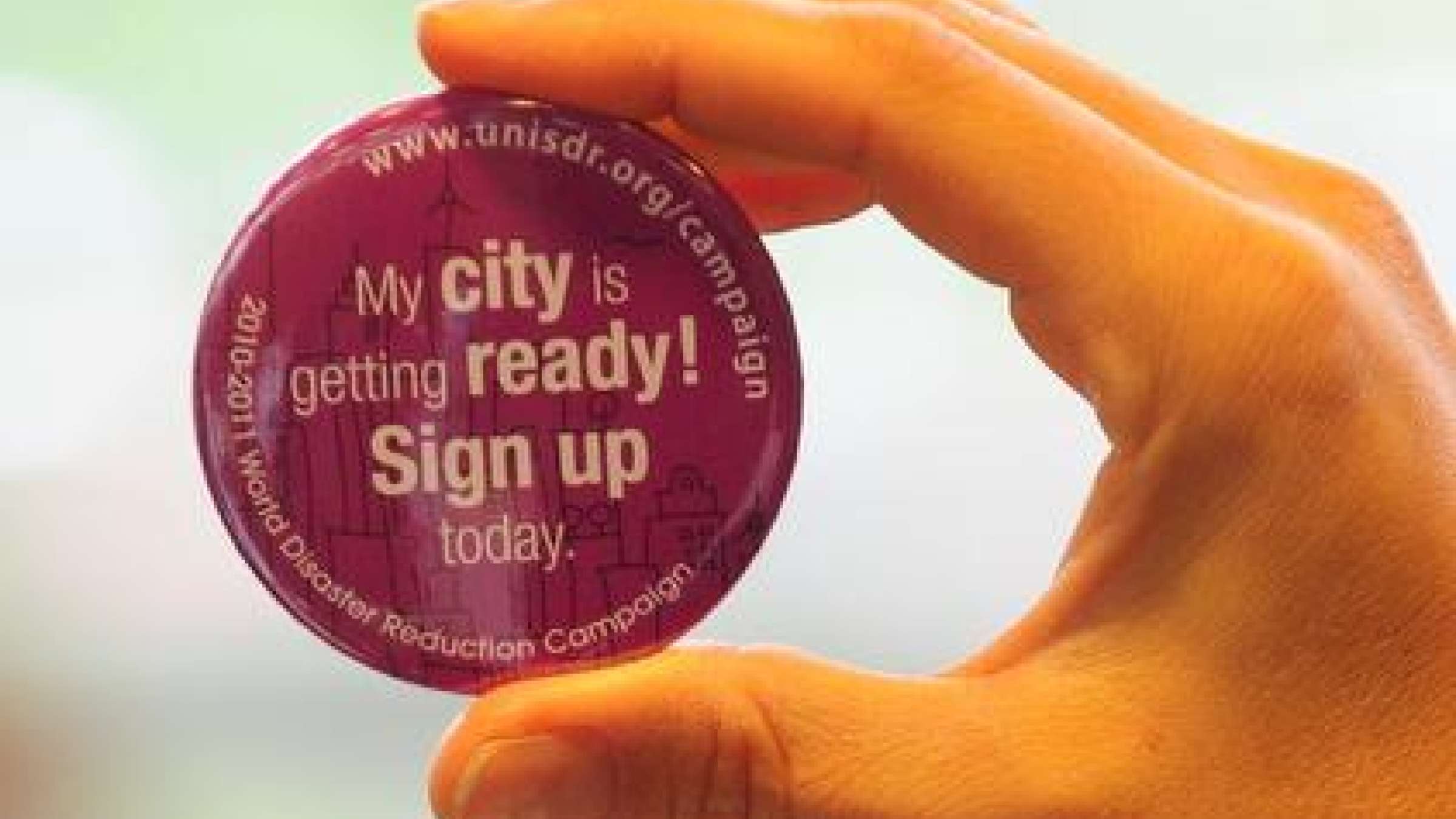 GENEVA, 14 December 2011 - The UN office for disaster risk reduction, UNISDR, and ICLEI-Local Governments for Sustainability have completed a four-month pilot test of the Local Government Self-Assessment Tool (LG-SAT) designed to help disaster risk reduction efforts in over 1,000 cities and local governments that have signed up to UNISDR's global "Making Cities Resilient" Campaign. LG-SAT has been made possible with funding from the World Bank's Global Facility for Disaster Risk Reduction and the European Commission's Humanitarian Aid branch, ECHO.

From July to November 2011, 23 cities in 16 countries provided data on 43 key indicators designed to measure the progress of local governments in implementing ten essential actions outlined by the Cities Campaign to reduce risk.

“We’ve never had something like this before,” said Piyush Ranjan Rout, co-founder and Executive Director of Local Governments Network in Bhubaneswar, India, one of the pilot cities. He said the initiative gave local governments the opportunity to bring several institutions to the table to discuss disaster risk reduction and become familiar with the underlying principles for action promoted by UNISDR.

All cities undertook the self assessment at the city level with a wide involvement of the community stakeholders. “The entire city pulls together to discuss disaster risk reduction, using the report as baseline data to track progress in environmental protection, poverty reduction and urban planning,” said Mr. Rout.

Mr. Rout said once Bhubaneswar began using the tool, other cities were also quick to express an interest. The result is an Indian version of the local government self-assessment tool, to be launched in January 2012.

In the Philippines, Quezon City presented the tool to leaders of the 142 barangays – the smallest community units in the country. The tool’s widespread popularity led Quezon City to develop a simple but customized database that different barangays can now use to report back to Quezon City.

The idea for the local government self-assessment tool emerged from the Mid-Term Review of the Hyogo Framework for Action published by UNISDR earlier this year. The Hyogo Framework for Action 2005-2015: Building the Resilience of Nations and Communities to Disasters is the international blue-print for disaster risk reduction accepted by 168 countries.

Mohanuoa Emma Mabidilala, Chief Director of Sector Coordination at the National Disaster Management Centre in South Africa explained that national authorities did not always have a good overview of the local situation. She said including the experience and perspective of the local level in national HFA reporting “will help us to better understand where the gaps and challenges are and how to best invest to close these gaps.”

Echoing that sentiment, Blanche Gobenciong, Regional Director, Disaster Risk Reduction and Management Council, in the Caraga Region of the Philippines, said she was in favour of using the local government self-assessment tool right across the country. Reports produced by local authorities could be fed into the Hyogo Framework for Action monitor – the internationally-agreed reporting process that countries currently use to track progress on disaster risk reduction at the national level.

At a workshop in Johannesburg to fine-tune the tool, Vinod Chamoli, Mayor of Dehradun, India, drew the link between disaster resilience and climate change adaptation. “This is a small beginning of a much-needed commitment for making my city resilient not only to natural hazards but also to changing climate,” he said.

The Mayor of Makassar, Indonesia, Ilham Arief Sirajuddin, also said his city would benefit from the report, by helping local authorities “focus on strengthening local authority capacity to cope with disaster risk and the impact of climate change.”

After a final round of feedback from local and national country representatives, the tool is now being made ready for global use in early 2012.

UNISDR Campaign Co-ordinator Helena Molin-Valdes said: "This Local Government Self-Assessment Tool will bring the Making Cities Resilient Campaign to another level and will motivate local governments to join the dots for building the resilience of their communities through disaster risk reduction and climate change adaptation. This new tool helps to ensure civil society participation and highlights the necessary steps to protect vulnerable populations and community assets including homes, industry, schools, health facilities and cultural heritage."