Stories from the frontline: Japanese staff of the UN reflect on the 2011 Great East Japan Earthquake 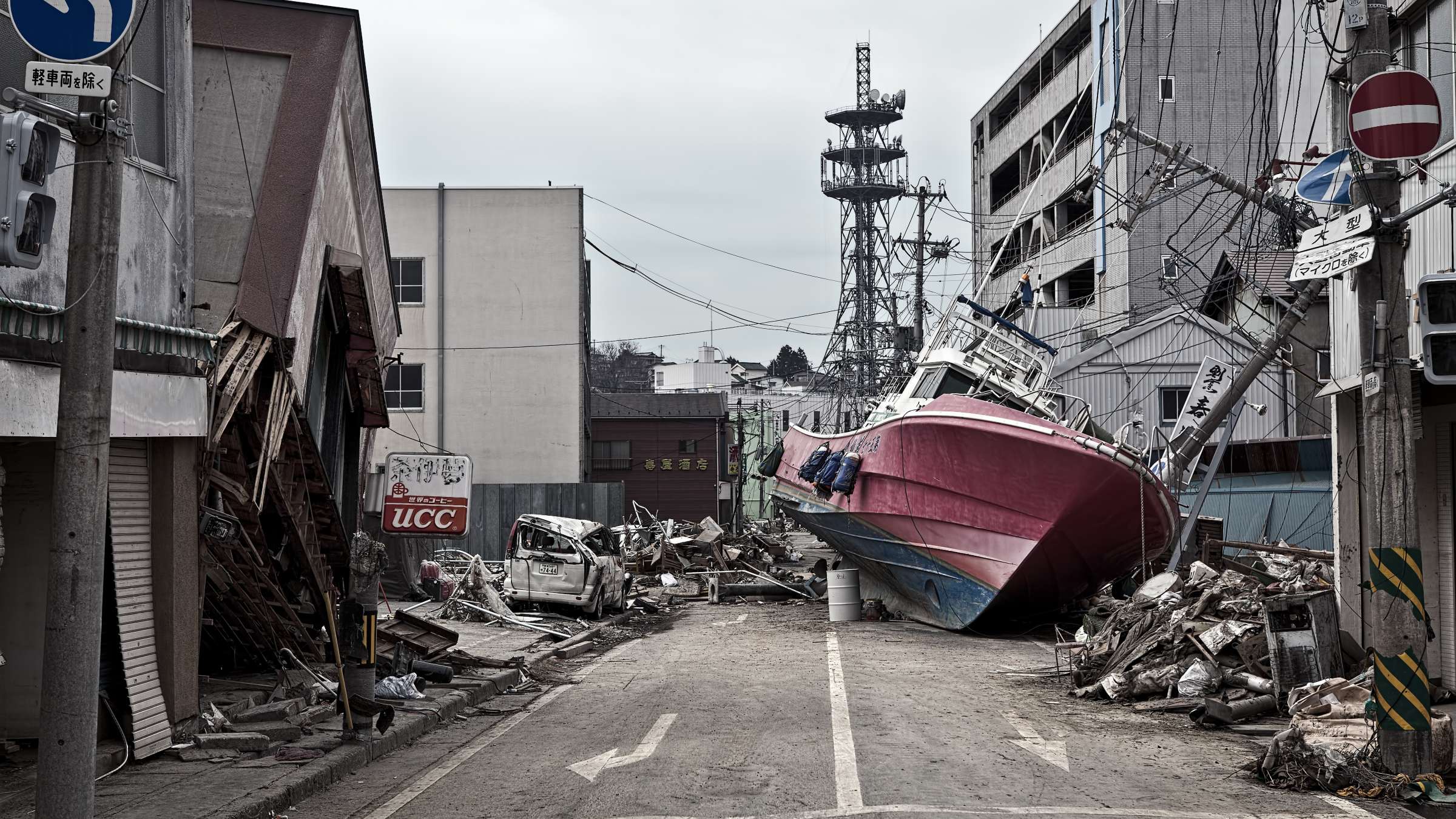 Impact of the 2011 earthquake and tsunami on Fukushima, Japan.
Fly_and_Dive / Shutterstock.com

On a Friday afternoon on 11 March 2011 in Tokyo, Japan, Ms. Momoko Sato was about to enjoy a cup of tea when she suddenly felt the ground shake.

“I didn’t know if I should put it down or keep holding it because the ground was shaking so much,” recalls Ms. Sato, an Associate Information Officer at the United Nations (UN) Information Centre in Tokyo, Japan, who at the time was a graduate student interning at an NGO.

What she felt was the most powerful earthquake ever recorded in Japan. The Great East Japan Earthquake, as it became known, was a Mw 9.0 earthquake that struck off Japan’s northeast Tohoku coast.

The earthquake caused a massive tsunami that took the lives of more than 18,000 people, destroyed 400,000 homes and caused a nuclear meltdown at the Fukushima Daiichi Nuclear Power Plant.

While the earthquake’s damage was limited to north-eastern Japan, its impacts were felt all over the country.

“It was quite difficult to find food in Tokyo back then because there was nothing on the shelves in supermarkets,” said Ms. Sato, as the disaster had disrupted supply chains and infrastructure systems.

Feeling compelled to help those affected, Ms. Sato took a year off graduate school to support relief efforts and travelled to the Iwate Prefecture, which was severely impacted by the tsunami.

There, she supported a project on women’s protection, working with nurses and midwives, and held workshops for women survivors.

Her experience with the disaster and its aftermath impacted her profoundly, resulting in her pursuing a career with the UN.

“I felt that the power of bringing different expertise and capacities together was what was needed to overcome the challenges the cities and towns were facing,” said Ms. Sato, explaining why she decided to work in communication and partnerships at the UN.

While Ms. Sato’s experience caused her to discover the UN, other Japanese nationals who were working at the UN at the time found that the disaster in their homeland strengthened their conviction in the importance of the UN’s role around the world.

One such UN Staff Member is Ms. Yumiko Takashima, who has been with the Office of the United Nations High Commissioner for Refugees (UNHCR) for over 20 years, serving in Africa, Asia and the Middle East.

Ms. Takashima is currently the Principal Risk Management and Compliance Advisor in the UNHCR Country Office in Kampala, Uganda, but in 2011 she was the Executive Director of Japan for UNHCR, based in Tokyo.

“I thought it was a regular earthquake, but that was not the case. It continued to shake. I asked my staff to hide under the tables,” said Ms. Takashima, adding:

“At UNHCR, we say that anyone can become a refugee at any time, and anyone can face displacement, but to have it happen in my country, that was a shock to me.”

Indeed, her entire staff stood in shock and silence as they watched the images of the destruction on the office television.

Despite her years of experience in relief efforts, including earthquake response in Iran and floods in Afghanistan, she said that “For the first time, I didn’t know what to do.”

The next day she awoke to find her inbox inundated with messages of support from people all around the world.

“Japan has been supporting refugees for so long, now it’s our time to support you in Japan. What can we do?” said Ms. Takashima, holding back tears as she describes the messages she received.

This outpouring helped Ms. Takashima snap out her shock and motivated her to pull together whatever resources she had to support the Japanese government’s response effort.

One key contribution her office was able to make was to supply affected areas with solar lanterns.

These lanterns were especially needed in areas where electric power outages meant that people had to spend hours in pitch darkness.

Ms. Takashima found out just how much these lanterns were appreciated when she travelled at the end of March 2011 to the city of Ishinomaki in the Miyagi prefecture.

Once she overcame the shock at the level of devastation in the city, she was able to see how the lanterns helped bring some normalcy to the lives of displaced families, whose children were too afraid to even go to the bathroom at night due to the dark.

But what moved her the most were the words of a tsunami survivor living in a damaged home, who told her as she sat in their kitchen:

“This may be just a lantern, but it is a lantern of hope.”

This exchange touched Ms. Takashima who noted that people are strong and resilient, but often need a little help to re-start their lives.

“I want to thank the people around the world who offered their support and especially those who survived and lived to tell their story,” said Ms. Takashima.

While Ms. Takashima was in Japan when the earthquake occurred, another Japanese UN Staff Member, Mr. Atsushi Kondo was in Africa when he learned of the disaster.

Serving at the time as a Logistics Officer with the World Food Programme, Mr. Kondo was in South Darfur, Sudan, when a colleague altered him to the news.

“I felt really powerless after seeing such images and felt that way for a few days,” said Mr. Kondo.

Since he was in a non-family duty station, Mr. Kondo was away from his wife who at the time was pregnant and living in Japan.

While she was not physically impacted by the disaster, she was in a state of “psychological shock and traumatized,” recalls Mr. Kondo.

Soon after, Mr. Kondo was asked if he could support the UN response in Japan, and immediately he was on a flight back home.

Once on the ground, he was deployed to rural areas that were impacted but found it challenging because few in these areas were familiar with the UN or what it did.

“I had a hard time explaining my role and what WFP can do – I had to be a salesperson to promote ourselves and our activities,” said Mr. Kondo.

Reflecting on that experience from his current role as the Desk Officer for Asia and the Pacific at the WFP Headquarters in Italy, Mr. Kondo said: “The lesson I learned was that having strong partnerships, and being known by local residents, is critical to our humanitarian activities.”

He applies this knowledge by trying to engage with local authorities and communities in all his UN missions to ensure that these ties and partnerships are built.

While thousands of people in Japan are still feeling the impacts of the disaster due to the loss of family members, displacement, or loss of income, the interviewees highlighted the importance of building on the lessons of the disaster to honour the memory of those who passed and to prevent future disaster, as Japan is currently doing.

Indeed, the lasting legacy of the disaster, according to Mr. Kondo, has been the formulation of the Sendai Framework for Disaster Risk Reduction, which he described as “a great way forward.”

Adopted in March 2015 as the global roadmap for reducing disaster risks and their impacts, this global framework carries the name of the largest city in the area that was impacted by the 2011 Great East Japan Earthquake.

“We can work together through the Sendai Framework to be better prepared for future disasters,” said Mr. Kondo.

To watch highlights from testimonies of the UN staff featured in this article, click here to watch the Japanese version or here for the English version.