SIDS reach out to partner on risk reduction 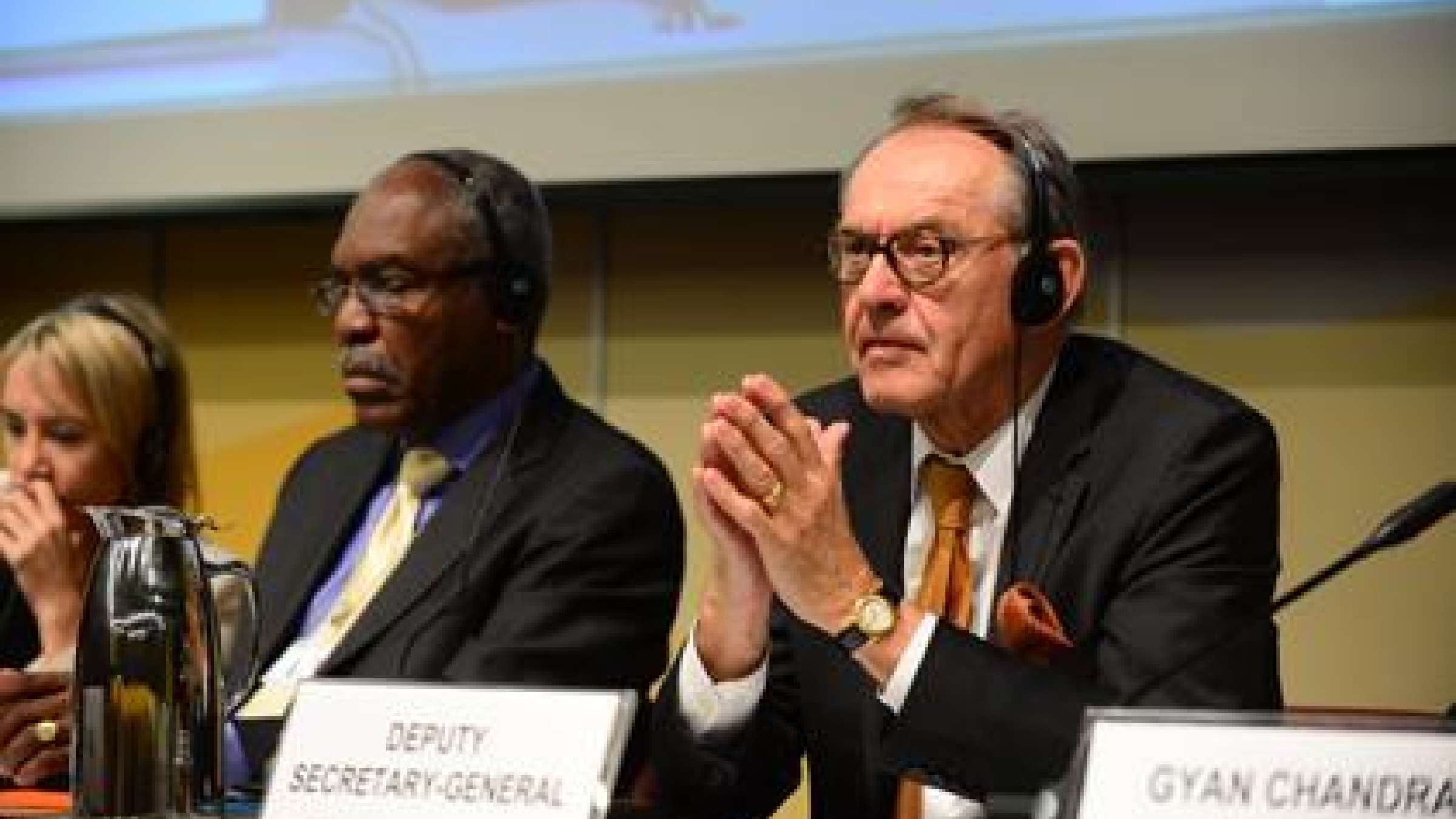 GENEVA, 21 May 2013 - Senior government officials from developing small island states and climate change experts have warned of a massive increase in human, economic and material losses in these countries if risk reduction measures are not taken urgently to mitigate the impacts of major hazards and climate change.

The warning was issued by representatives from some of the most disaster-prone countries in the world, including Cuba, Haiti, the Maldives, Mauritius, Cape Verde and New Zealand, all States that are highly exposed to hazards such as tsunamis, earthquakes, hurricanes, cyclones and major storm surges.

The meeting was convened on the opening day of the 4th Global Platform for Disaster Risk Reduction and aimed to increase disaster-risk partnerships between these island States and with specialist institutions and the private sector. Some experts noted that climate change impacts such as rising sea-levels and increasingly frequent extreme weather patterns threaten the very survival of some low-lying island States.

UN Deputy Secretary-General Jan Eliasson noted: "These States suffer disproportionately from the effects of climate change -- and they deserve additional assistance. They collectively contribute less than 1 per cent of total carbon emissions, but losses from disasters [caused by the latter] may ... endanger their very existence."

After noting that small island developing States are ":on the frontlines of climate crisis", Mr. Eliasson affirmed that political commitment and multi-stakeholder partnerships, including the private sector, had to be strengthened to address extreme weather and natural hazard challenges.

Dr. Rajendra K. Pachauri, Chairman of the UN intergovernmental panel on climate change, recalled the extreme vulnerability of these island States to sea level rises. But he noted that preventive measures were more cost-effective than post-disaster relief and recovery operations.

The Interior Minister of Haiti, David Basile, thanked the international community for its assistance following the 2010 earthquake that killed over 220,000 people. He said that the common threat of disasters was fostering closer cooperation between Caribbean States on disaster reduction and assessment issues.

Dr. James Fletcher, Minister of Public Service, Sustainable Development, Energy, Science and Technology for Saint Lucia, deplored the devastating impacts of recurrent hurricanes on lives, livelihoods and the economy of his island nation but praised efforts to increase cooperation on risk reduction at the Caribbean regional level.

New Zealand's Civil Defense Minister, Nikki Kaye, detailed the response of her country to earthquake disasters and described how the country was sharing its expertise and experience with other countries and offering them on-site risk reduction training such as drills in local communities.

Cape Verde Home Affairs Minister, Marisa Helena Nascimento Morais, said that since her country's economy was primarily based on tourism disaster risk reduction was "a question of life and death" for its future.

Maldives Defence Minister, Mohamed Nazim, said that the climate change clock was ticking and that urgent action needed to be taken by Caribbean countries to address common disaster threats or face a highly uncertain future.

Kristalina Georgieva, the EU Commissioner for International Cooperation, Humanitarian Aid and Crisis Response, recalled that the EU had respected its assistance commitments to vulnerable island States and was continuing to provide financial aid and expertise to help them address disaster and climate change issues.

The Ministers and climate experts from participating island States pledged to strengthen their cooperation. UNDP representative Christophe Legrand said that given the experience of small island States they have much to offer in terms of "innovation" to address the challenges.

Vanuatu civil society representative, Aunies Simon, described how she had authored, published and distributed a brochure on traditional cooking for use by isolated communities in emergencies.