Sendai WCDRR will be disability-inclusive 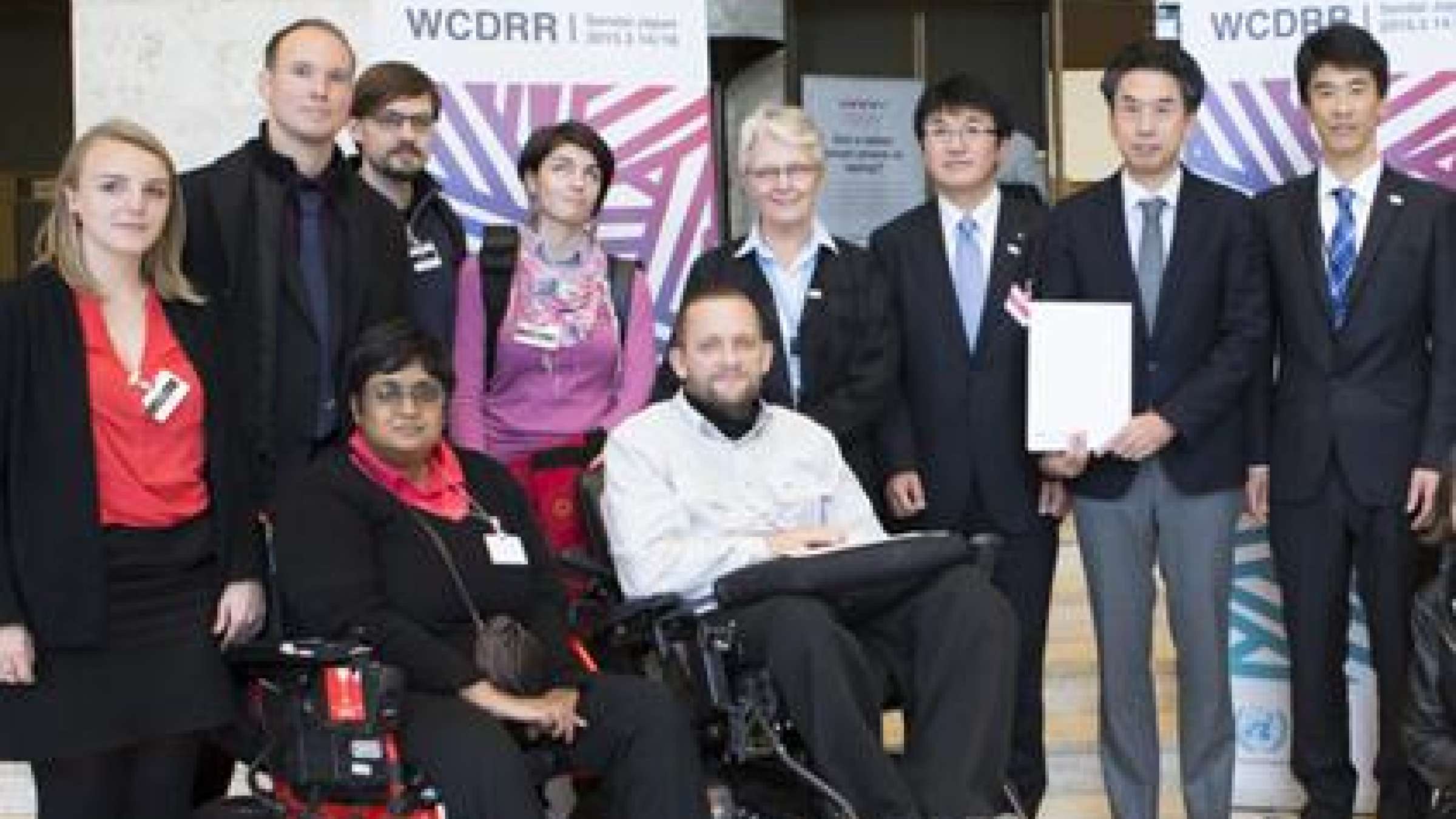 The agreement will provide real-time captioning in English and Japanese and international or Japanese sign language interpretation for various sessions of the conference. Accessibility will be prioritized for conference venues, transport and accommodation.

Gordon Rattray, Emergency Communications Coordinator for CBM which works to improve the quality of life for people with disabilities in some of the poorest communities in the world, welcomed the agreement.

Mr. Rattray said: “The knowledge and experience of people with disabilities is invaluable to the building of the resilience of communities as a whole. We have played a strong role in developing the revised Hyogo Framework for Action and thanks to these measures announced we look forward to being fully involved at the World Conference.”

Margareta Wahlström, UNISDR Chief, highlighted the importance of engaging persons with disabilities and ensuring their attendance at the Conference that will adopt a post-2015 framework for disaster risk reduction. The framework will highlight the role that they can play in building disaster resilience in their communities.

“In a survey of people living with disabilities that we conducted last year a large majority told us that they want to be consulted equally about their needs in order to face and prepare for disasters, as well as being able to contribute expertise and participate in planning and implementation. We need to keep in mind that disability is not inability,” she said.

Key background and outcome documents for the conference will be provided in accessible formats to facilitate participation in the discussions.

“One reason why a disproportionate number of persons with disabilities suffer and die in disasters is because their needs are ignored and neglected by the official planning process in the majority of situations,” said Yasunobu Ishii Director of The Nippon Foundation.

“Making sure that their voices are heard in the WCDRR is a huge step forward in ensuring that the next global framework fully incorporates them. I hope that other UN agencies follow the initiative by UNISDR in making UN meetings more inclusive and accessible to persons with disabilities.”

Making the WCDRR inclusive is a joint initiative by UNISDR, the Government of Japan, Sendai City, the Inter-Agency Support Group on the Convention on the Rights of Persons with Disabilities, the Nippon Foundation and the Disability Caucus.

"Inclusion of people with disabilities is a priority for Japan and as host country we are happy to be part of this partnership and look forward to the views and active contribution of all stakeholders," said Kaoru Saito, Director at the Cabinet Office of Japan and the responsible Government official for the WCDRR.

“Sendai City has always promoted the realization of a safe and secure community for all people, with or without disabilities. In addition, after the Great East Japan Earthquake, we formulated the ‘Sendai City Disaster Evacuation Support Plan for People Requiring Assistance’ and have been developing a disaster prevention system that takes into consideration those who require assistance in times of a disaster, including the elderly and persons with disabilities,” said Yukimoto Ito, Vice Mayor of Sendai City.

The General Assembly through its resolutions 65/186, 64/131, and 64/154 urged the United Nations system to make a concerted effort to integrate disability into its work.

In addition to making the conference inclusive and accessible, UNISDR is also promoting a paper smart conference with a target of reducing paper use by at least 50% as compared to similar UN meetings, and encouraging voluntary carbon offsetting.

Up to 8,000 participants are expected in Sendai between 14 and 18 March 2015 for the World Conference, which will set the direction of disaster risk reduction for the coming decades. Many of these will be persons with disabilities.

The 2013 International Day for Disaster Risk Reduction focused on persons living with disabilities and how they cope with disasters. A UN global survey on the issue found that persons with disability are routinely marginalized in disaster risk planning and decision-making.

For more information about the WCDRR, please visit: www.wcdrr.org