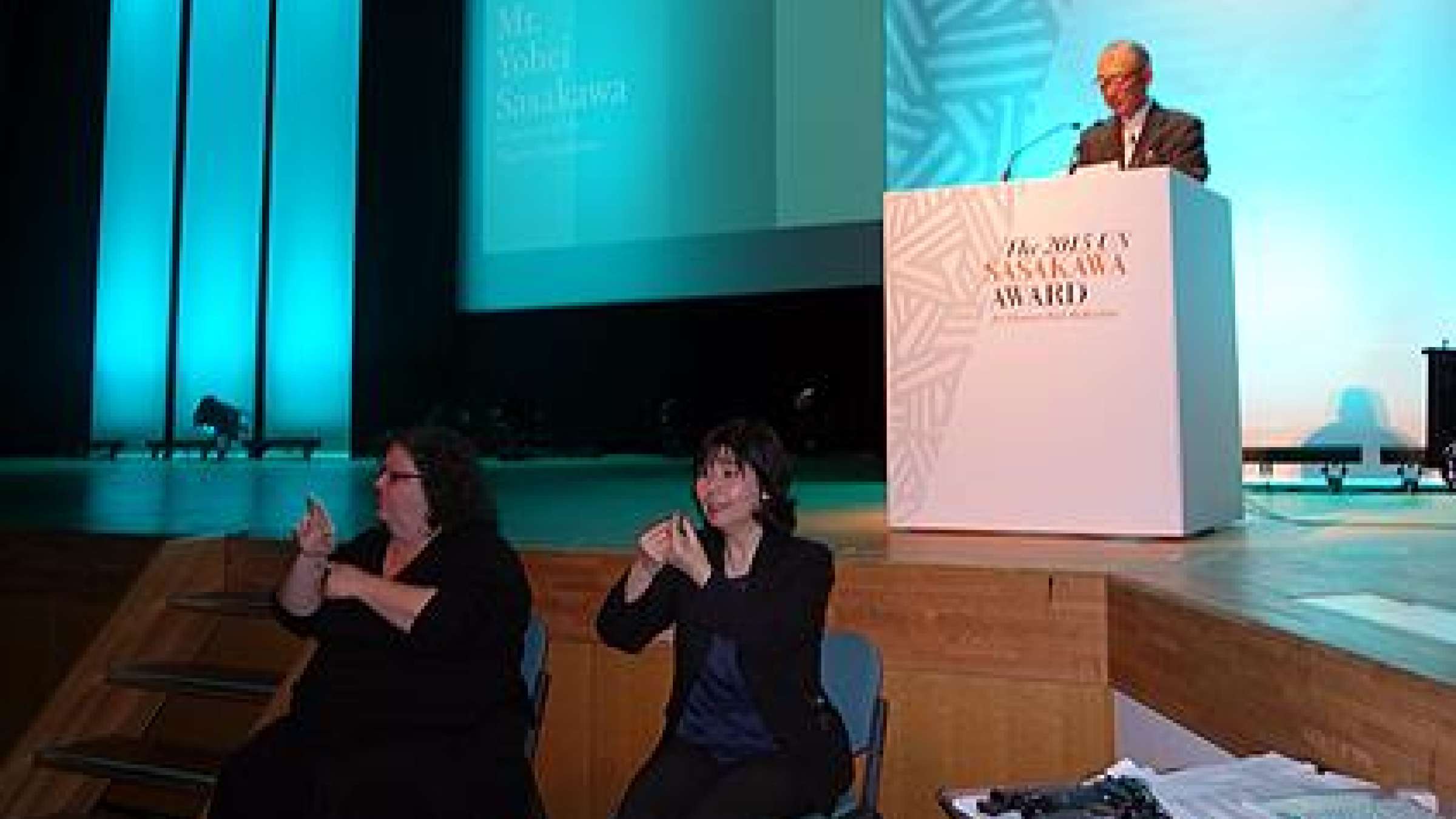 18 March 2015, SENDAI – The Third UN World Conference on Disaster Risk Reduction (#WCDRR), is being hailed by participants as the first international meeting of its kind to provide a wide range of accessibility features for people living with disabilities.

As a result, more than 200 persons with disabilities are actively participating in the Conference proceedings as delegates, speakers, panellists, and contributors. Thirty-four events from the Official Conference Programme and Public Forum address issues of disability. The five-day Conference closes today.

Sonia Margarita Villacres of the World Federation of the Deafblind said: “I have been to many international meetings, but this is the most accessible meeting not specifically for people with disabilities.”

Japan State Minister, Mr. Ryosei Akazawa, noted that “to ensure sustainable resilience of societies it requires that persons with disabilities have access to services, infrastructure and information. The post-2015 framework on disaster risk reduction is demonstrating the feasibility to develop inclusive policies and set the tone for governments to expand their commitment to disability inclusive policies.”

At the main venues, closed captioning in English and Japanese was provided for the inter-governmental segment. In addition, sign language interpretation was provided on demand for various sessions. The venues were also made accessible with transportation available that can accommodate wheel chairs. In addition to making documents in accessible format, accessibility partner KGS Corporation provided blind participants with a machine that displayed documents in Braille.

Mr. Yohei Sasakawa, Chairman of the Nippon Foundation, a supporter of the initiative to make the Conference accessible, noted: “The Post-2015 Framework on Disaster Risk Reduction, a revised version of the current Hyogo Framework for Action, has been drafted to ensure that people with disabilities are consulted on plans and strategies for managing disaster risk following a major UNISDR global survey in 2013 which found they were often excluded and not consulted on disaster threats. It will be an important milestone and help advance the cause of disability-inclusion on other global agendas.”