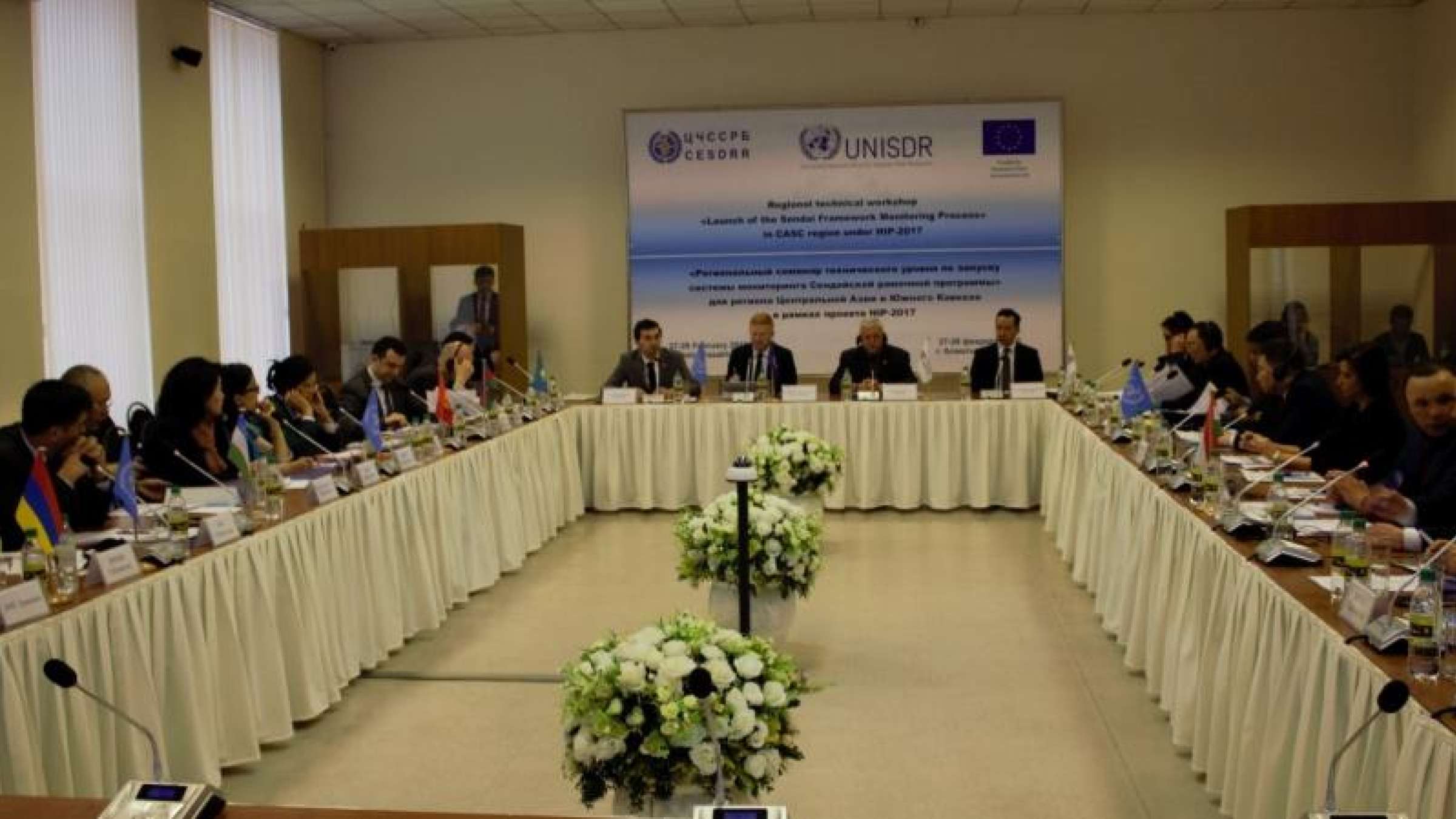 ALMATY, Kazakhstan, 7 March 2018 - Six countries in Central Asia and the South Caucasus are the latest to commit to using the Sendai Framework Monitor, the online tool launched on March 1, to improve disaster loss data collection in order to better inform national and local strategies for disaster risk reduction.

Government representatives and experts from Armenia, Azerbaijan, Kazakhstan, Kyrgyzstan, Tajikistan and Uzbekistan met for two days alongside officials from international organizations to undergo training in the tool which has been developed to measure progress on reaching targets for a substantial reduction in disaster losses by 2030.

The region is exposed to a wide range of disasters. Uzbekistan, Kyrgyzstan and Tajikistan, for example, are in the world's top 10 countries where the population is most exposed to earthquakes of significant intensity. Many countries are also seeing major infrastructure investment and increasing urbanization.  There is strong interest to make sure this happens in a risk sensitive manner to ensure resilience in the decades to come.

The Sendai Framework for Disaster Risk Reduction is the global plan for reducing disaster losses adopted by UN Member States on March 18, 2015.  In February 2017, the UN General Assembly adopted 38 indicators for measuring progress against the Sendai Framework’s seven targets including reductions in mortality, numbers of people affected, economic losses and damage to critical infrastructure.

The workshop, supported by the European Commission (ECHO - European Civil Protection and Humanitarian Aid Operations), and organized together with the Center for Emergency Situation and Disaster Risk Reduction focused on technical support, training and capacity development on disaster loss data.

Mr. Pyotr Plekhanov, National Disaster Expert from the International Academy of Ecology, Man and Nature Protection Sciences, Republic of Kazakhstan, welcomed the initiative: “The Sendai Framework Monitoring Process is the most comprehensive exercise we have seen so far for achieving harmonization of methodologies and definitions about disaster risk reduction”.

The expert meeting builds on strong momentum in the Central Asia and South Caucasus region to step up efforts on disaster risk reduction.

Speaking at the event, Mr. Johannes Stenbaek Madsen from the European External Action Service Delegation in Astana commented: “What I learned at the workshop convinced me that all the involved development partners will be able to deal much more effectively with disaster preparedness in the future. I consider it a real paradigm shift that we will now focus on and measure the cost of being insufficiently prepared for disasters in terms of numbers of casualties and monetary value.”

Ms. Paola Albrito, Chief of UNISDR regional office for Europe UNISDR, agreed: “The Sendai Framework Monitor will also provide direct inputs to the first report on achieving progress on implementing the Sustainable Development Goals. The commitment in the region to disaster risk reduction serves as a significant boost to the regional, national and local efforts on sustainable development, protecting lives and safeguarding communities.”

The workshop took place as part of UNISDR’s on-going efforts supporting disaster risk reduction in the region, funded by the European Commission.