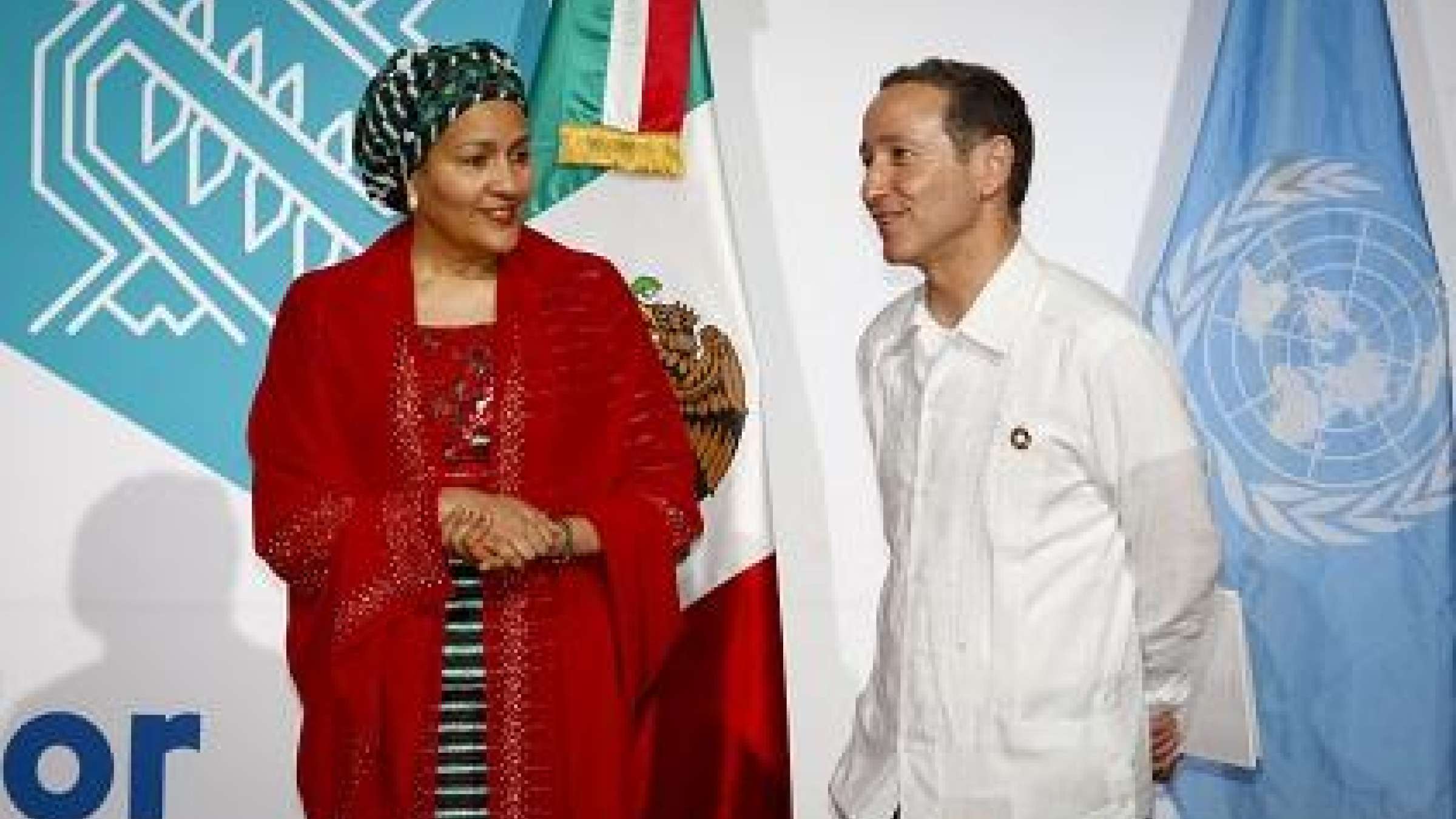 GENEVA, 29 May, 2017 - Monitoring of progress in achieving agreed global targets for reducing disaster losses will get underway early in 2018, it was confirmed Friday, the closing day of the Global Platform for Disaster Risk Reduction in Cancun, Mexico.

Mr. Glasser said that much will depend on the availability and accessibility of the required data and it will need to be sufficiently consistent and comparable to allow meaningful measurement of progress and impact.

The Open-ended intergovernmental expert working group on indicators and terminology relating to disaster risk reduction, chaired by Ambassador Wayne McCook of Jamaica, recommended a review of the readiness of countries to report against the global targets of the Sendai Framework.

Mr. Glasser speaking to a Plenary on Sendai Monitoring at the Global Platform last Fiiday, said that the findings show that data are available for 83% of reporting countries for Sendai Framework Target A, reducing mortality; and 66% for Target B, reducing the numbers of people directly affected.

He said that study of the report would show the magnitude of the work that will need to be undertaken by March 2019 for countries to be able to measure progress against the global targets as planned. To this end, UNISDR will continue to support countries in developing national disaster loss databases. There are 98 at present and government ownership of these disaster loss databases is key to their viability.

Mr. Glasser said that in light of the integrated nature of reporting these datasets against both the Sendai Framework and the Sustainable Development Goals, he was optimistic that the considerable resources that are being mobilized to operationalize the global indicator framework of the 2030 Agenda for Sustainable Development will also benefit the work.