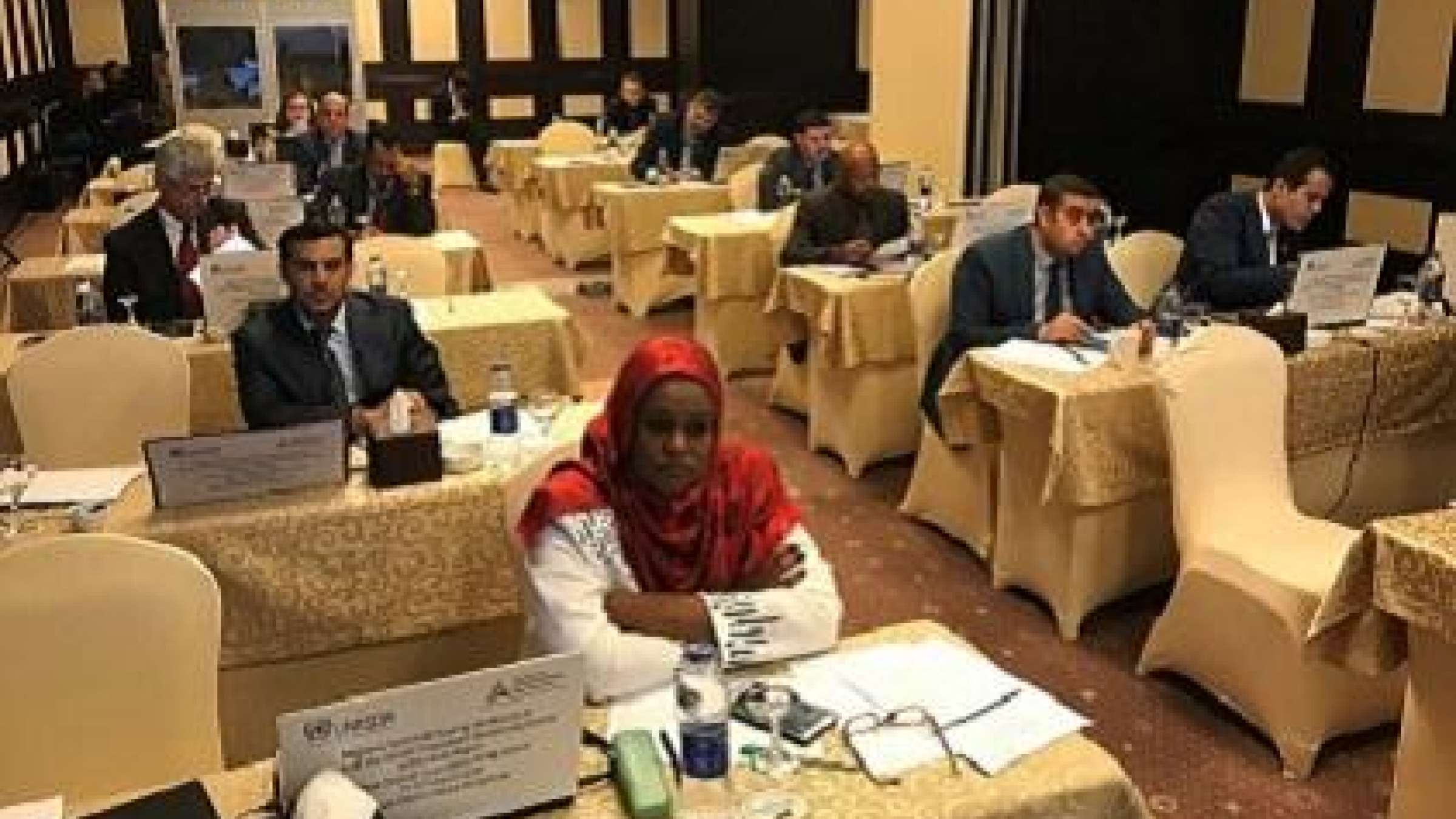 Participants at this week’s training in Cairo on the use of the Sendai Framework Monitor (photo: UNISDR)

CAIRO, 14 March 2018 - That refrain echoed through Cairo, the capital city of Egypt as a 3-day training event kicked off this week bringing together representatives from 11 Arab States committed to implementing the global plan for reducing disaster losses, the Sendai Framework for Disaster Risk Reduction.

Representatives from Bahrain, Comoros, Egypt, Jordan, Kuwait, Mauritania, Oman, Palestine, Somalia, Sudan, and Tunisia have arrived in the Egyptian capital to learn how to use the new online tool for measuring disaster losses, the Sendai Framework Monitor, which was launched on March 1.

The Sendai Framework is a 15-year, voluntary, non-binding agreement which recognizes that states have the primary role to reduce disaster risk but that responsibility should be shared with other stakeholders.

It calls for the reduction of existing risk and preventing the creation of new risk and sets out seven targets for reducing disaster losses including mortality, numbers of people affected, economic losses and damage to critical infrastructure. Last year a set of 38 indicators to help measure progress against the seven targets were agreed by UN Member States.

In his opening remarks, Chief of UNISDR Regional Office for Arab States, Mr. Sujit Mohanty said: “In 2017, many of the Arab countries played an important role in contributing to several working groups on the development of the Sendai Monitor and the national disaster damage and loss accounting systems. This continuous work has improved the understanding of the actual and potential impact of natural hazards which will consequently help countries evaluate the risk of future disasters.”

He added: “Not only can disaster risk reduction reduce the impact of disasters but it also contributes to economic sustainability and growth. Therefore, it’s important to be able to measure progress towards the Sendai Framework targets at both global and national levels.”

The training is focused on strengthening capacities of the Sendai Framework focal points on using the Sendai Framework Monitor in addition to being able to use the new National Loss Accounting System, as they take the lead coordination role in reporting on the progress of the 15-year disaster risk reduction framework.

Recently Egypt adopted its National Strategy for Disaster Risk Reduction which calls for collection of disaggregated data including by age, sex and disability, he added.