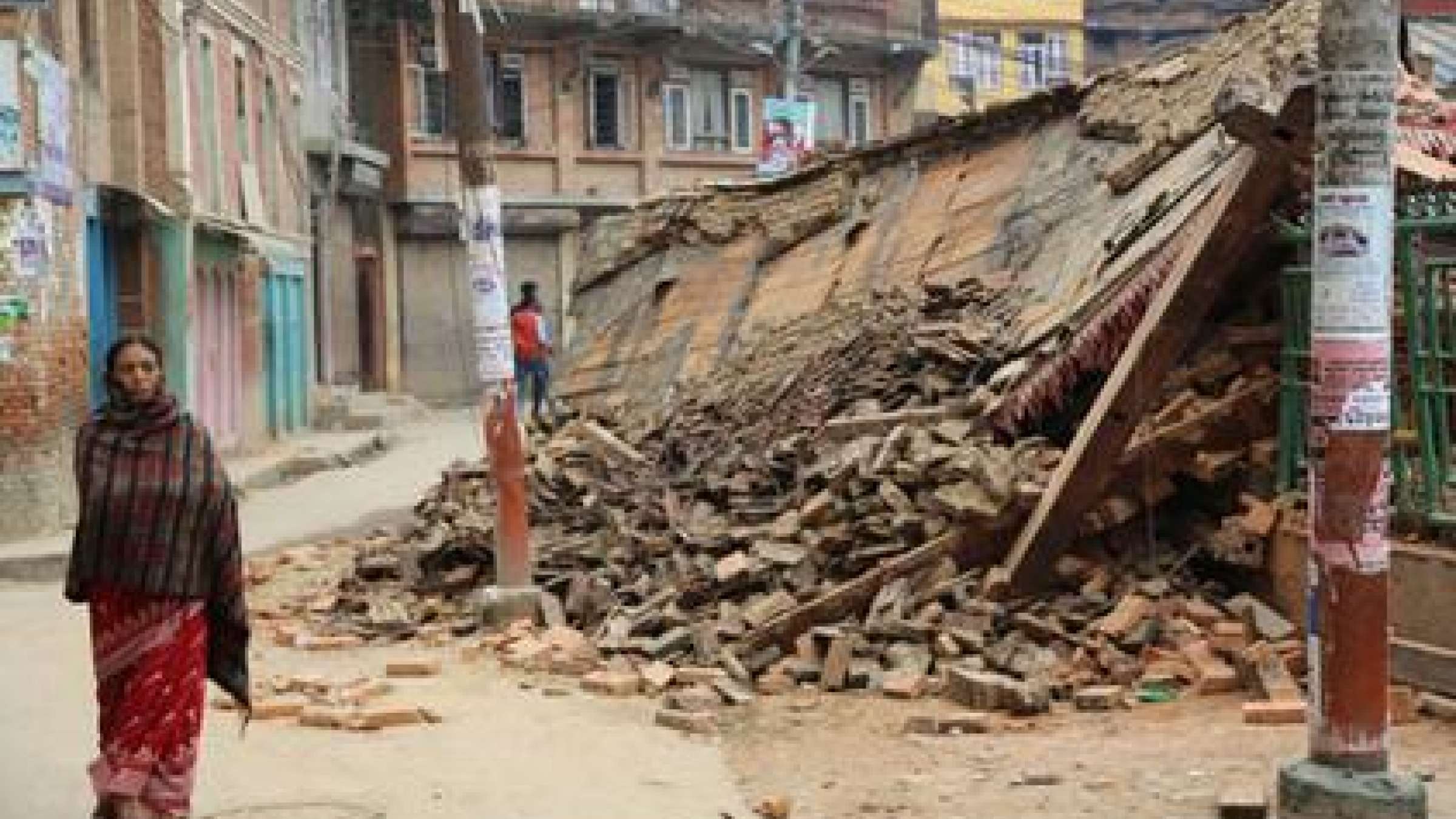 16 October 2015, GENEVA – Retrofitting all schools and better protecting tourist infrastructure are two urgent priorities to rebuild a safer Nepal, according to a new report released today that evaluates the damage caused by the twin earthquakes that hit the Kathmandu Valley on 25 April 2015, killing 8,800 people and destroying half a million houses and 50,000 classrooms.

The report by World Economic Forum ‘s Global Agenda Council on Risk and Resilience highlights prevention measures that saved lives during the earthquakes and recommends more investment in public-private partnerships to reduce the future risk of disaster.

The report notes that retrofitting buildings – bringing them up to seismic norms without reconstructing them completely -- and using cement instead of mud mortar are two effective measures to protect people from collapses which are a major cause of death during an earthquake.

The report recommends the urgent retrofitting of the 75% of school structures that are unsafe in Nepal, as well as the updating of building codes, which have existed in Nepal since 2003 but are not enforced. Building codes have been mandatory in all of Nepal’s municipalities since 2006, but only 26 of 191 municipalities had begun to implement them in 2015, the report said.

The report praises moves such as the Worldwide Initiative for Safe Schools, a government-led programme that aims to ensure that children in seismic regions go to earthquake-safe schools and also recommends including private schools, which are attended by 3.3 million students but not yet integrated in the existing retrofitting programmes.

Together with the construction sector, the report identifies the tourism industry as the second major contributor to building a sustainable economy in Nepal. Tourism accounts for 8.6% of Nepal’s GDP and employs more than 700,000 people. The report says that the earthquakes caused US$780 million in economic losses to the tourism industry, as seven out of the 10 UNESCO World Heritage Sites in the Kathmandu Valley were damaged and popular trekking routes were insufficiently protected against earthquake risk.

The report recommends launching a major awareness campaign to encourage more people to visit Nepal in the recovery phase, as well as calling for more investment in risk-sensitive measures to create a safe trekking system and more resilient hotels, which were badly affected by the earthquake.

Among the measures proposed by the report, greater collaboration between the private and public sector will be a determining factor for long-term sustainability. Better governance, less corruption and more support to the transition process are also described as the foundations for resilience in Nepal.

“We cannot rely on government action alone to prevent, protect and recover from disasters, we need an all society approach to reduce disaster risk and a greater engagement of the private sector,“ said Margareta Wahlström, head of UNISDR, which promotes the implementation of the Sendai Framework for Disaster Risk Reduction, a 15-year global plan adopted by the international community in March.

The Sendai Framework seeks to bring about substantial decreases in disaster mortality and economic losses and build global resilience to natural and man-made hazards.

“Nepal’s future resilience to disasters can only be built through more effective partnerships between business, governments and communities. Every major disaster creates an opportunity to build back better. Nepal has that opportunity now to avoid future losses and reduce existing levels of risk,” said Barnaby Willitts-King, Research Fellow at the Humanitarian Policy Group, who coordinated the study.