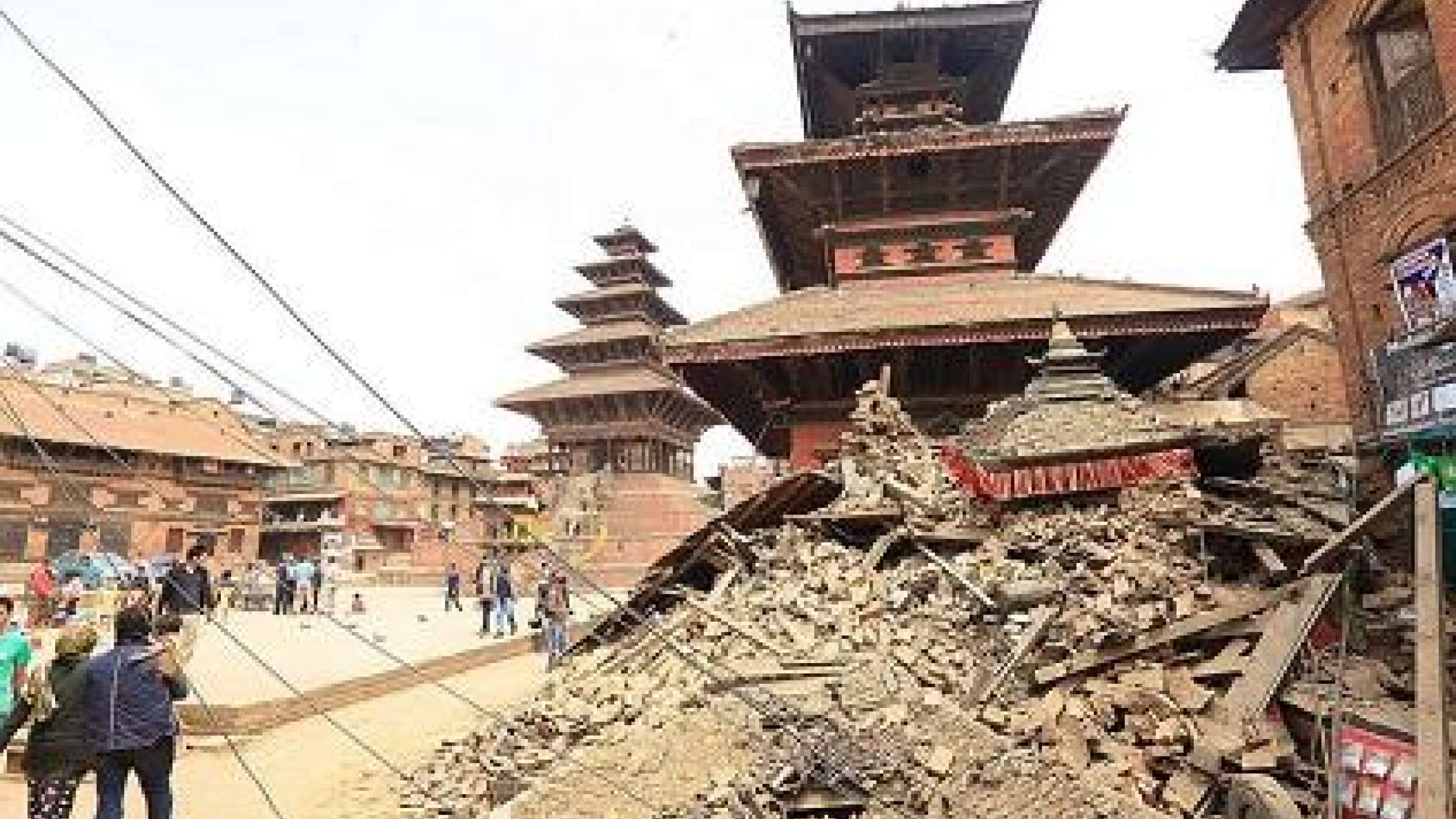 Several cultural heritage sites were damaged or destroyed in the 2015 earthquake in Nepal (Photo: UNDP)

CANCUN, Mexico, 26 May 2017 – Cultural heritage and indigenous knowledge are key resources of community and national disaster resilience across the world.

However, much of this heritage and knowledge is being lost to both sudden and slow-onset disasters, weakening the resilience capacity of future generations.

To reverse the trend, a session at the 2017 Global Platform for Disaster Risk Reduction has made a series of recommendations to strengthen investment in such ‘human infrastructure’.

The session heard that several initiatives have sought to build on indigenous and traditional local knowledge. The importance of cultural measures for building resilience to disasters is increasingly acknowledged. Nevertheless, the application of these tools and approaches needs to be more consistent.

The session was co-chaired India’s Minister of State for Home Affairs, Mr. Kiren Rijiju, who said culture is fundamental to the identity of a country and a community. He referenced the negative impact of the loss of heritage on Nepal as a result of its 2015 earthquake.

“When we lose heritage the loss is incalculable, of course we lose artifacts but we also lose much more. And recovery in the heritage sector is much more complex than recovery in other sectors. ‘Prevention is better than cure’ applies much more in this respect,” he said.

India is home to 35 UNESCO world heritage and 900 museums. It has taken significant steps to protect these sites from disaster. This includes the development of National Disaster Management Guidelines for Museums, which Minister Rijiju said India was happy to share with other countries.

In the document’s foreword, Indian Prime Minister Narendra Modi says: “These guidelines are in alignment with the Sendai Framework for Disaster Risk Reduction 2015-2030. I am sure this document will go a long way in establishing new benchmarks for safety and security of our museums. The guidelines are an integral step towards maximizing the potential of heritage in India.”

Other regions of the world have also taken action.

In February 2017, Europe launched a drive to protect its heritage sites from disasters. It followed a series of earthquakes that wrecked age-old buildings in central Italy.

ResCult aims to strengthen risk understanding in terms of cultural sites, as well as the potential impact on related economic activities and social cohesion. It also provides a tool to help develop and implement disaster reduction strategies.

Cultural heritage often contributes significantly to GDP, including through tourism and associated cultural industries. In Nepal, for instance, it contributes 9% of GDP, 7.5% of total employment and visitor expenditure generates over 25% of total exports.

Sacred sites, museums, libraries, collections, and archives including those that can hold local, national and global artifacts, legal deposits and vital records on governance and land tenure are part of the crucial human infrastructure that is often destroyed in the event of a disaster.

The Sendai Framework makes a strong call on States to protect cultural sites and heritage. It also highlights the role played by the indigenous peoples and local communities, who through their experience and traditional knowledge, can contribute to the development and implementation of disaster risk reduction plans and mechanisms.