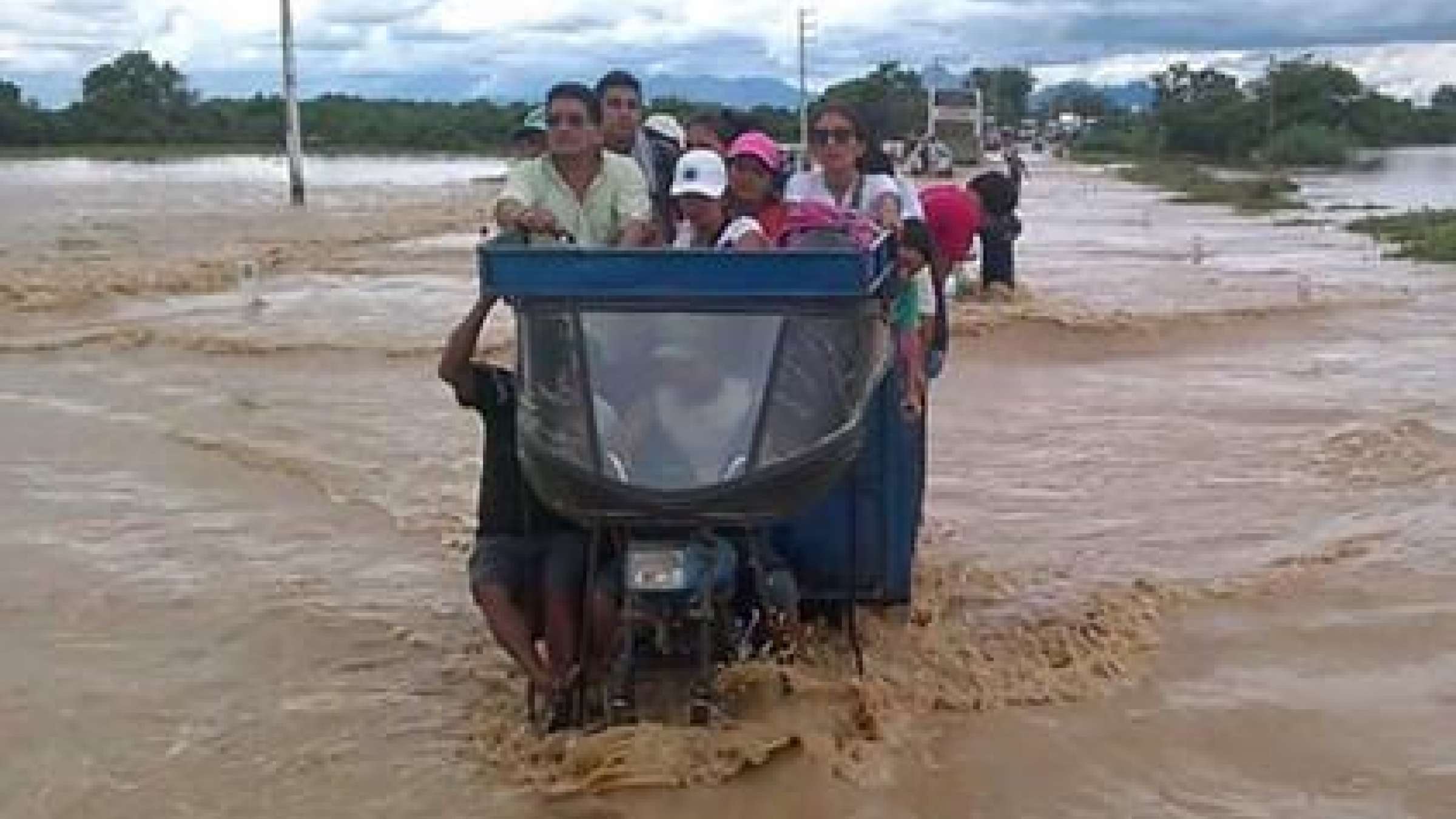 Geneva, 21 March 2017 – The United Nations Special Representative of the Secretary-General for Disaster Risk Reduction, Mr. Robert Glasser, today extended his condolences to the people of Peru on the loss of life caused by the on-going deadly rains, floods and landslides which have led to the declaration of a state of emergency.

Mr. Glasser said: “Few countries were better prepared for the recent global El Niño than Peru so it is doubly concerning that the country has been overwhelmed by this occurrence of local El Niño-like conditions which have flipped the country from widespread drought to enormous flooding that has taken dozens of lives, affected over half a million people and left many homeless.

"This is a large scale singular event which needs to be viewed in the context of a warming planet where episodes of extreme weather variability are becoming more evident. Just a few months ago Peru was suffering from a drought and record wildfires and now, according to Peru’s National Emergency Operations Centre, 75 people have lost their lives in floods, many are missing, and over 625,000 people are affected including more than 70,000 who have lost their homes.

"If we are to succeed in preventing disasters like this and to reduce disaster losses then we need to ensure that there is a much broader understanding of the nature of disaster risk in society at large and this includes better understanding of the impacts of climate change and how it alters local weather patterns. Risk has to be addressed in local development plans.

“Multi-hazard early warning systems must include estimates of the potential impact of the emerging hazards and be tailored to local needs. This will be a key issue at the Global Platform for Disaster Risk Reduction which will be held in Mexico in May.”